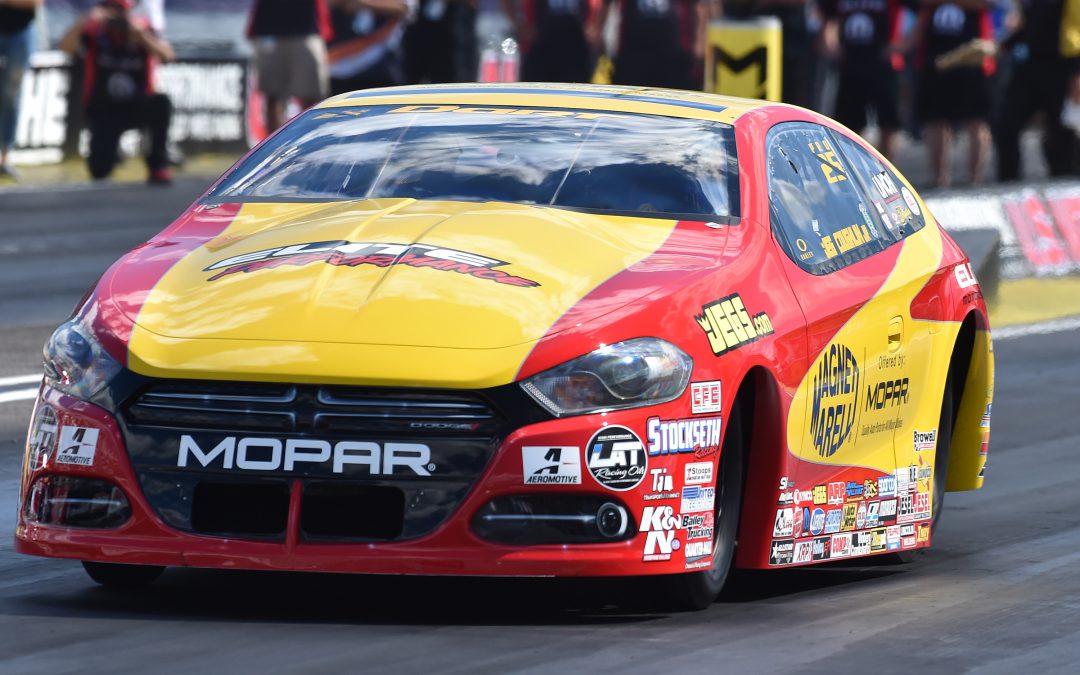 INDIANAPOLIS (Sept. 4) – Five-time Pro Stock champion Jeg Coughlin Jr. is the only driver in NHRA history to win a professional race from all 16 qualifying positions.

So the driver of the Magneti Marelli offered by Mopar/JEGS.com Dodge Dart will hardly be intimidated by starting the U.S. Nationals on Sunday at Lucas Oil Raceway from the No. 15 qualifying spot.

"It's going to be no easy feat tomorrow but we made a decent run there in Q5," Coughlin said. "The car was still pretty soft even though the track was much slicker and hotter, so we've got more left in the tank.

Coughlin, a five-time U.S. Nationals champion in Pro Stock, had a best pass of 6.659 seconds at 207.62 mph. But Coughlin and his Elite Motorsports team knows there is more in their Dodge and hope to maximize its potential in round one on Monday.

"We're a little better car than what we are showing, but we didn't show it," Coughlin said. "So we are going to have to get out there tomorrow and plow our way through it to light a win light or two or three or four and just go from there."

Coughlin came into the race in the 10th spot in the Pro Stock points standings, hanging on to the final place for the Countdown to the Championship, which begins after the U.S. Nationals. He's 32 points ahead of 11th-place Alex Laughlin after five rounds of qualifying, and the U.S. Nationals awards 1.5 times the points for round wins on Monday, so Coughlin will have to be on top of his game in eliminations.

"To be a top-10 car with both of these cars (including teammate Erica Enders) would be a small miracle, and we would love to pull one off."

Coughlin faces No. 2 qualifier Greg Anderson in the first round on Monday, as Anderson had a top lap of 6.576 seconds 209.92 mph.