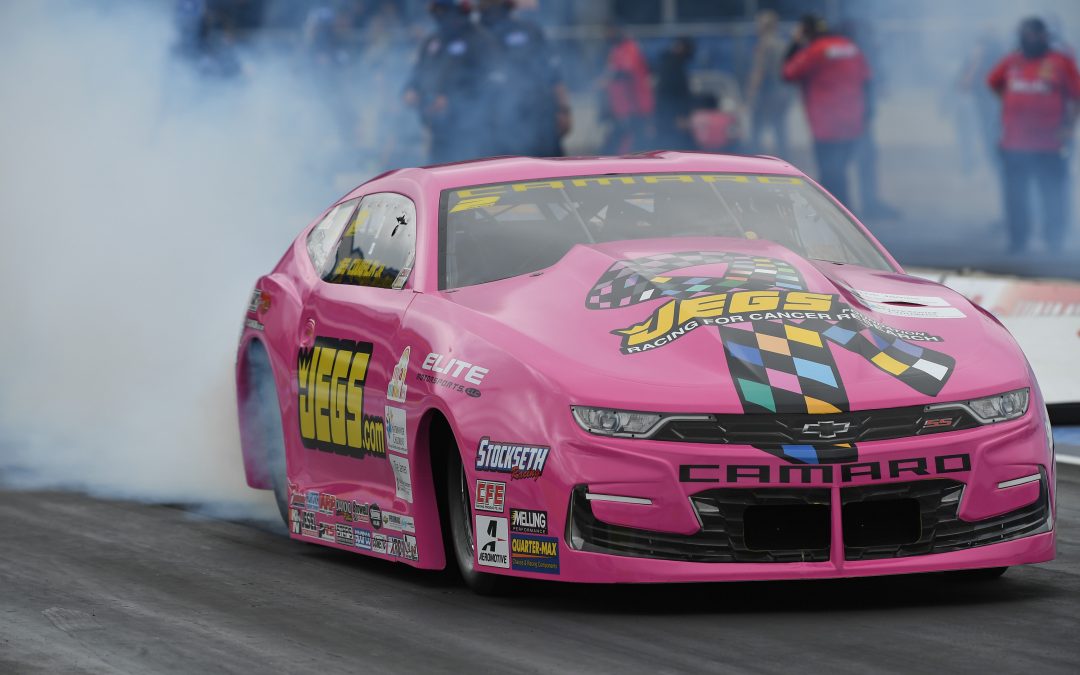 Line entered the weekend as the class points leader but dropped to second Saturday when Coughlin’s Elite Motorsports teammate Erica Enders beat Line to win the postponed St. Louis race, which had been put on hold two weeks ago. With both Enders and Coughlin advancing to Sunday’s semifinal, the pair were able to gain a little ground on Line, who remained second, three rounds ahead of Coughlin and a round and half behind Enders.

“We chipped away a little bit but left some there as well,” Coughlin said. “It was great to get Jason out of the way in Round 2 and, although I would never, ever wish Erica to lose, I was sitting in the waterbox watching in Round 3 when she lost to Matt Hartford, so there was a big chance to go another round or two, but Greg (Anderson, Coughlin’s semifinal opponent) and his crew had other plans.

“We’ve not helped our cause the last few races but we got back on track today to some extent and we have two and a half more races to go at two of my favorite tracks on tour so we’ll keep fighting. I say two and a half because the Vegas finale is awarding points and a half each round so there is extra on the table should anyone falter.”

Troy Coughlin Jr., Jeg Jr.’s nephew and teammate, was beaten by Enders in the opening round of Sunday’s eliminations. Driving a JEGS.com Elite Motorsports Ford Mustang, Troy Jr. left the starting line -.002 seconds early to giftwrap the win for Enders, who powered to a 6.593 at 208.52 mph.