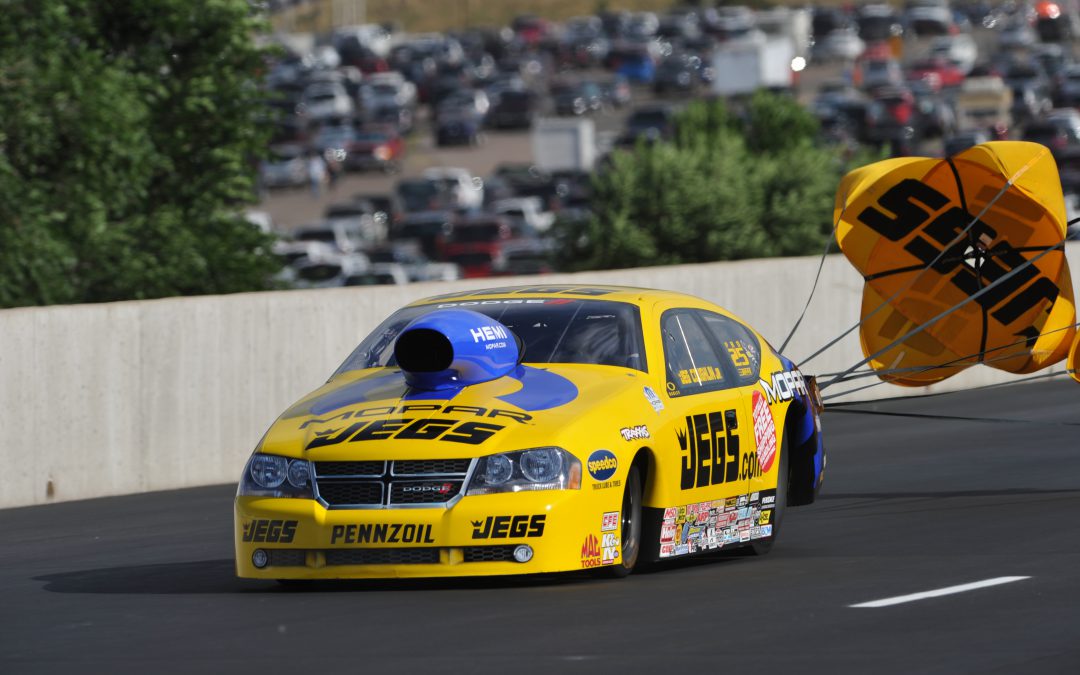 DENVER (July 21) – There is some good news for JEGS.com/Mopar Dodge driver Jeg Coughlin Jr. after falling in the first round of the Mopar Mile-High NHRA Nationals on Sunday at Bandimere Speedway.

He clinched a spot in the Countdown to the Championship, NHRA's version of the playoffs.

"Well, if there's one positive thing of the weekend, that is definitely it," Coughlin said. "The rest was just a missed opportunity, right from the start, for some reason."

The Countdown starts with the NHRA Carolina Nationals on Sept. 13-15 at zMAX Dragway, but Coughlin has racked up enough points to already wrap up a berth.

Coughlin had high hopes for Denver, mainly because teammate Allen Johnson has been so successful here, reaching the final six years in a row. But despite a similar tuneup to Johnson, Coughlin's car never ran as well this weekend.

He qualified No. 9 and then lost a close race to points leader Mike Edwards.

"This has been such a success for the whole team in the past, that to come out and struggle like we did with my car – well, that was the way it was," Coughlin said. "It looked like we started to rebound with it pretty well in Q4 with a second-best 6.99 there. Today, we just missed the setup again and it left us behind by two hundredths of a second."

"Not qualifying well is one thing," Coughlin said. "When you're across from world champ and points leader Mike Edwards, it makes it tough. We certainly didn't have any fear of it, but we were looking forward to knocking him off and going to my teammate next."

Johnson had a bye run in the first round before facing Edwards in the second round.

Next up, quickly, is the Sonoma Nationals next weekend at Sonoma Raceway.

"We'll see if we can't get everything recalibrated for sea level and get ready for Sonoma just a few days away," Coughlin said.