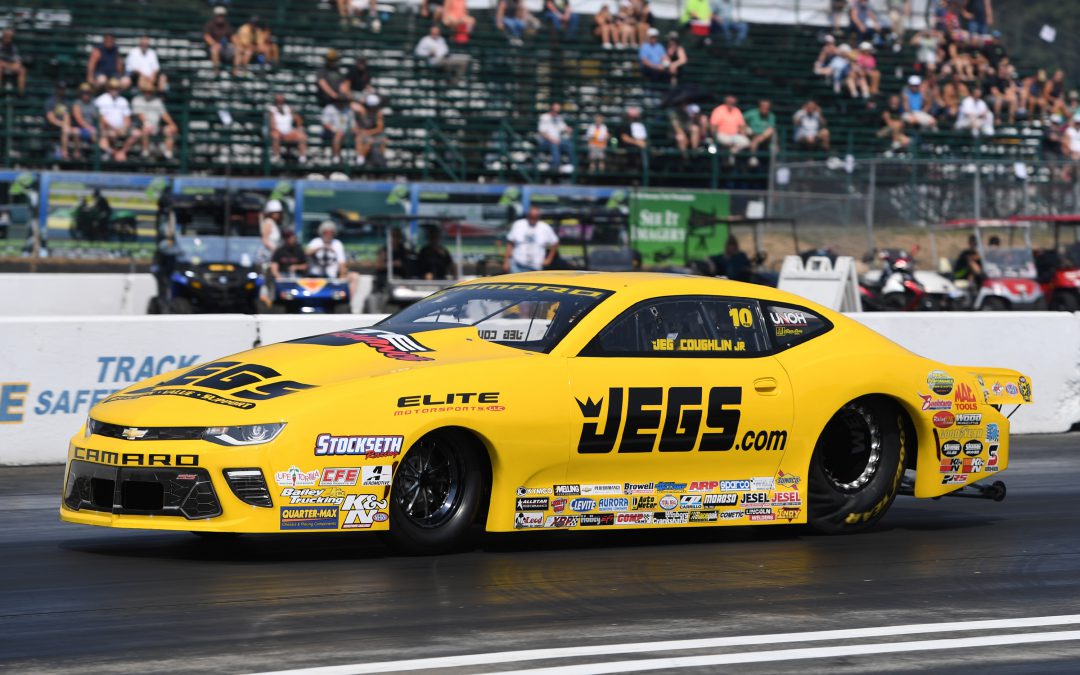 KENT, Wash. (Aug. 5) — Five-time Pro Stock world champion successfully qualified his JEGS.com/Elite Performance Chevrolet Camaro in the top half of the elimination field of this weekend's 30th annual NHRA Northwest Nationals, marking the 14th time in 16 races this year he'll start race day on the good side of the ladder.

As with most things in the Pro Stock class, a return to the form that had him racing to final rounds and qualifying on top of the class multiple times earlier this year must be done in small steps, something a veteran racer like Coughlin knows very well.

"We've made a little more progress here, so that's encouraging," he said. "We also made a step in the right direction in the first round at Sonoma, although it may not have been apparent from the outside looking in, and now we've made another little step here.

"It takes time but we've got a great group here at Elite Motorsports and no one wants to get these cars up and running at full strength more than these guys."

"We're not entirely sure what happened in Q4 there with the car slowing down after making a nice step up in Q3," Coughlin said. "We'll do some investigating this evening and see if we need to fix anything or change something out. The plan is to be 100-percent ready for race day."

A 58-time winner, Coughlin has raced to the final round of the Seattle event four times in the past, winning the 2002 race outright. This year, he's been runner-up at the national events in Houston
and Topeka.

As the No. 6 qualifier on the modified 14-car ladder, Coughlin will open eliminations against ninth-ranked Chris McGaha, who topped out at 6.611 at 208.68 mph during time trials. Coughlin is 3-0 versus McGaha this season.

"We won't take anything for granted," Coughlin said. "You need to be prepared to run the best pass you can every single time out."

Pro Stock eliminations will begin at noon, Sunday. The FOX Network will broadcast the action live from 1-4 p.m., Sunday. (Times are local and subject to change.)