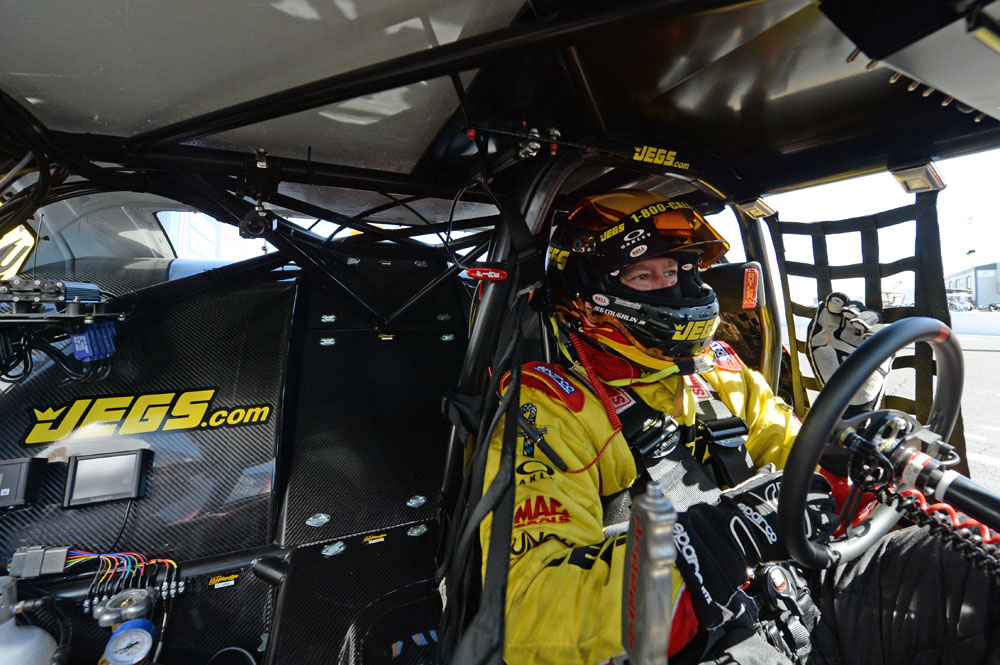 But Coughlin isn't giving up hope for the Carquest Auto Parts NHRA Nationals on Sunday at Wild Horse Pass Motorsports Park after qualifying in the No. 8 spot.

"We will be competitive for first round of eliminations," Coughlin said. "We want to win but we still have some work to do, and we know what are goals were coming into the season starting this new program with Mopar so we're still realistically approaching these first few races to get our feet on the ground with these new cars and balanced with the horsepower."

Coughlin joined the Elite team for a full-time 2016 season, but the team and the Pro Stock class has endured some upheaval since last year. Coughlin is driving a new Dodge Dart, while Elite built new Mopar fuel-injected engines with a 10,500 rpm limit.

So even though he's in the top half of the Pro Stock field, Coughlin and his Elite team have not reached their potential yet.

"We're definitely working through our new car and the new set up and we thought we'd be a bit further ahead by the close of qualifying than we ended up, but it's nothing we're concerned about," Coughlin said. "We've learned quite a bit through the four runs here, maybe more than we did at Pomona."

Coughlin's best lap in Phoenix was 6.664 seconds at 207.18 mph, and he'll battle No. 7 qualifier Alex Laughlin in the first round of eliminations Sunday (Usually, the No. 8 qualifier faces the No. 9 qualifier, but since there are only 14 cars entered, NHRA had to juggle the ladder). Laughlin's best pass was 6.656 at 208.46 mph.

"We're looking to the time between now and the Gatornationals to continue to work with the SRT engineers and get on the dyno to hone in our new fuel injection system and also work on our 10,500 (rev limiter) set up a little deeper than we've had the opportunity to so far this year," Coughlin said. "We're headed in the right direction."