Jeg Coughlin Jr. counting the points he needs to reach the top 10 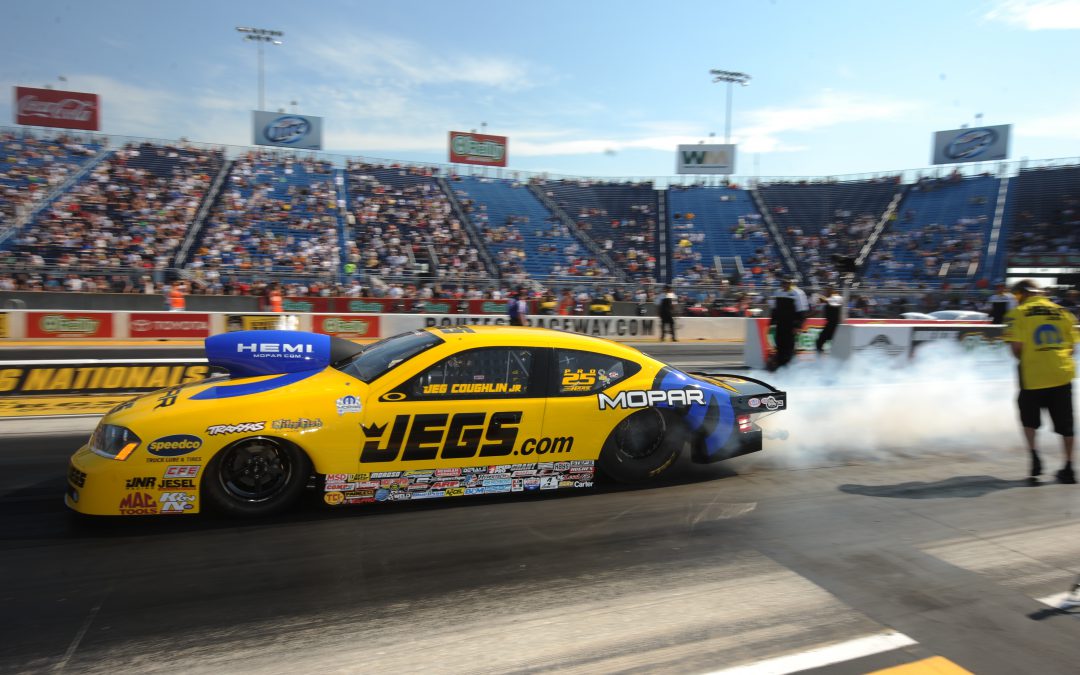 Coughlin won the annual NHRA Sonoma Nationals in 2003 and 2010 and was runner-up at the event in 2008. He certainly knows what it takes to be successful in the Wine Country. But this year is different as arrives in town with a brand-new team that didn’t even exist at this point one year ago.

“We knew this season, especially the early part of the schedule, would be tough,” Coughlin said. “We started with a new engine program and a new racecar. It’s taken us time to get up to speed in a category that is extremely competitive.

“Now we’re standing here with four races left before the Countdown and things are coming together for us. We’re just 26 points out of the top 10 and the car’s running better now than it has all year. The excitement has returned to the JEGS.com pit.”

Following the U.S. Nationals in Indy, which takes place Aug. 31- Sept. 3, only the racers in the top 10 will be eligible to race for the 2012 title through a six-race stretch known as the Countdown to the Championship. Even more important for Coughlin, the points will reset with the participating racers separated by just 100 points from top to bottom.

“Everything will tighten up considerably,” said Coughlin, who won the first championship in the playoff era. “The time to hit your peak is coming up real soon and we’re catching our stride so it could work out well for us. Ever since Eddie Guarnaccia (crew chief) came on board we’ve been making significant gains. I don’t expect that to change in Sonoma.”

Coughlin will actually have two chances to win at Sears Point as he’ll compete in both Pro Stock and Stock Eliminator, that latter in his JEGS.com Dodge Challenger Drag Pak.

“The extra seat time keeps me sharp,” Coughlin said. “The cars are so different that I’m forced to focus much harder on doing my job. We’re not good enough at this point to make mistakes and get away with it so the more consistent I can be behind the wheel, the easier it is for the crew to peck away at the tune-up and find those fractions of a second we need.

“I’m excited about this race. I love the track and the fans are great out here. It’s a beautiful part of the country. Everything is pointing in the right direction for us. Best of all, my great friend Kyle Seipal races out here so we’ll get to spend some time with him.”

Pro qualifying begins with two sessions at 3 and 6 p.m., Friday.