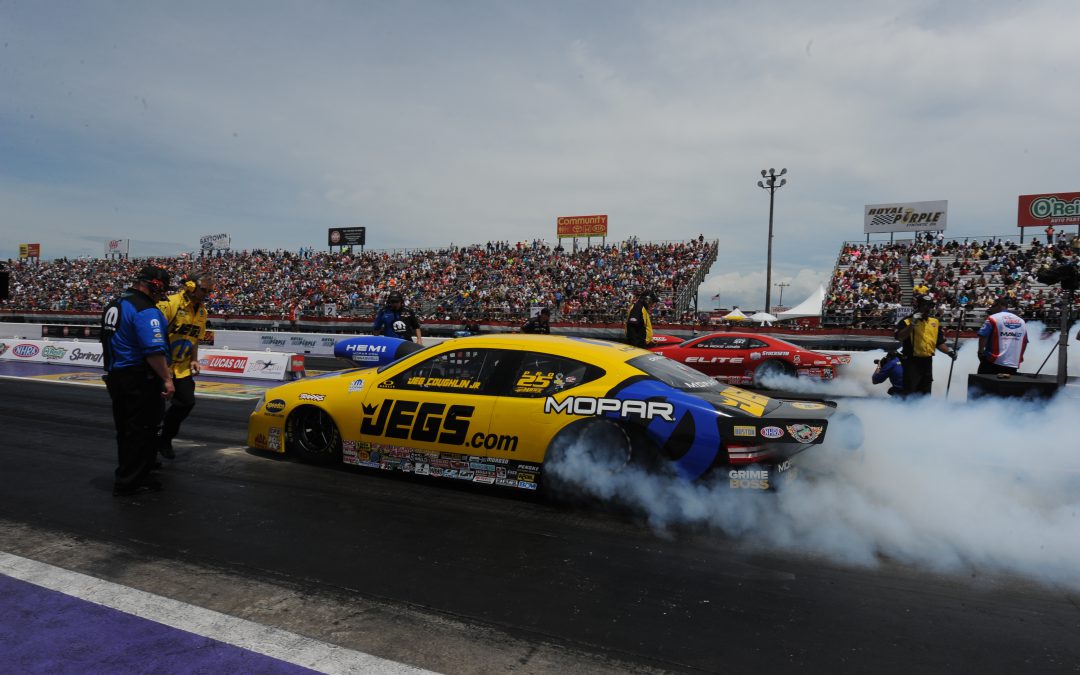 ATLANTA (May 9) — Jeg Coughlin Jr. would love to claim his fourth Atlanta trophy at this weekend's rescheduled NHRA race, but his main priority following the torrential rains that forced the event to be postponed to this Friday and Saturday is repaying the fans for their unparalleled loyalty.

"It's a bummer for everyone when an event gets rained out," Coughlin said. "For us, it's kind of part of the deal. You come to accept that two or three races a year will be severely affected by weather. But for the fans, it's brutal. They wait all year for a chance to see a national event at their local track and then, boom, it all gets washed away.

"I think the general theme among the racers is that we owe it to all of our fans in the Greater Atlanta area to put on the very best show possible. They stuck it out with us last weekend and were ultimately as disappointed as we were that nothing happened. Now we have a great chance to repay them for their support."

Coughlin won this event in 1997, 2000 and 2010, and was runner-up there in 2009. This time he arrives in town with a third-place ranking in the championship points and two runner-up results to his credit.

"The JEGS.com/Mopar Dodge Avenger has been on a string," Coughlin said. "We're very pleased with the performance of both the car and the team. Our alignment with Allen Johnson has been great. We're both running well and representing the Mopar brand like never before.

"I feel we can win at any time and doing it in Atlanta with all our friends from Coca-Cola on hand would be very sweet."