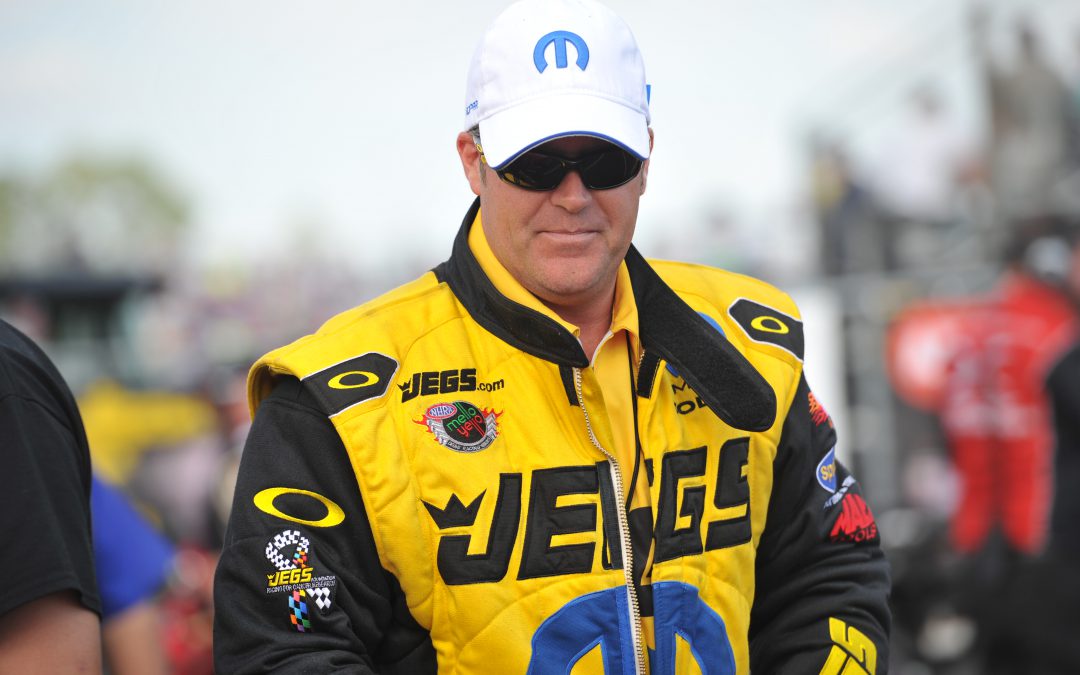 LAS VEGAS (March 30) – The way the competition in Pro Stock is, JEGS.com/Mopar Dodge driver Jeg Coughlin Jr. said to expect more close races like his second-round defeat to Jimmy Alund at The Strip at Las Vegas Motor Speedway on Sunday.

"That's going to be a commonality this year," Coughlin said. "We're going to win a lot of races by a few thousandths, and if we get eliminated, it's probably going to be a thousandth of a second. That's how it tight things are right now.

"We'll get it cleaned up and be ready for the next go."

"We came back and analyzed the data and made quite a few adjustments to the chassis and to the car itself," Coughlin said. "The car was a little bit happier, but we just didn't get away with it, plain and simple. I wasn't real happy with my reaction time there, but it doesn't take a rocket scientist to figure that one. We'll have to rebound and get back at it soon."

Coughlin earned his 20th career No. 1 qualifier on Saturday – in the second race for his new Dodge Dart – and carried a lot of confidence into Sunday's eliminations.

"We had a good car, and we were pretty fast on Friday and pretty fast on Saturday," Coughlin said. "Coming into Sunday, we had another element of changes with the car setup."

Coughlin and his J&J Racing team also had to deal with a long delay Sunday, as 35 mph wind forced NHRA to postpone the first round of Pro Stock until around 4 p.m. Pacific time.

Coughlin agreed with the decision, saying his Dart likely could have handled the high winds, but it was better to err on the side of safety.

When he did run against No. 16 qualifier Wolfe, the wind that blew across the track near the finish line was still powerful.

"The last 400 feet that crosswind was really trying to push it hard, and I had the wheel turned a pretty good ways – more than I anticipated," Coughlin said.

Against Wolfe, Coughlin's car had trouble early in the run, but he recovered to get the win, thanks in part to Wolfe's slowing pass of 12.622 seconds at 68.35 mph.