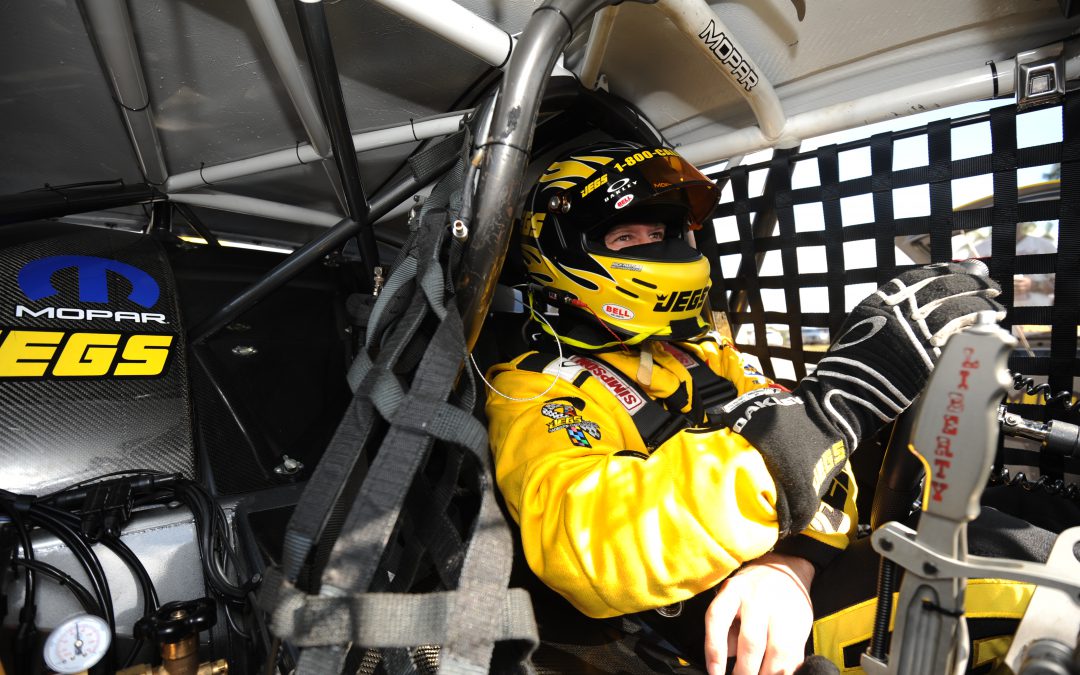 CONCORD, N.C. (Sept. 14) – Four-time Pro Stock champion Jeg Coughlin Jr. is right where he wants to be heading into eliminations for the NHRA Carolinas Nationals on Sunday at zMax Dragway: He's got a fast, consistent JEGS.com/Mopar Dodge Avenger.

Coughlin qualified No. 6 in Charlotte, but his Dodge has been quick in all four qualifying sessions.

"We've had a top-six car every run," Coughlin said. "There's not much more you can ask for."

Coughlin's best pass was 6.552 seconds at 210.31 mph run in the second qualifying session, but he was fifth in Q1, sixth in Q3 and fourth in the final session. If speed, consistency and starting-line prowess wins drag races, the brilliant Coughlin will be a driver to watch in eliminations.

"We're within a hundredth of the fastest car out there, and we've got some inefficiencies on our car," Coughlin said. "We're trying to peck away at them to make the car as fast as it can be."

Coughlin starts the Countdown to the Championship from third place in the points standings, 40 behind leader Mike Edwards. With an eye on Sunday, Coughlin's team took a big swing on the tuneup for Q4.

"We were extremely aggressive with our setup going into Q4," Coughlin said. "If we missed it, we wanted to miss it on the conservative side, and by the looks of the data, that was a perfect plan.

"We feel like we'll be ready for tomorrow. It's supposed to be just a taste hotter tomorrow, with the sun out all day. Strategy-wise, we're on cue."

Coughlin faces No. 11 qualifier Greg Stanfield in the first round Sunday. Stanfield is a four-time Sportsman champion who is also known for being good on the Christmas Tree, but Coughlin relishes the challenge.

"We'll go up against Greg and not look back," Coughlin said. "I've always enjoyed racing against Greg, from the early 90s all the way up through today. He's a great racer and a great worker. I've started head-to-heading with him back when he was winning his four Super Stock world championships.

"I think we have a lot of respect for each other, and it'll be a good show. He's an aggressive driver, as I am, and I feel like we've got a great car. I feel like things are looking good for us."