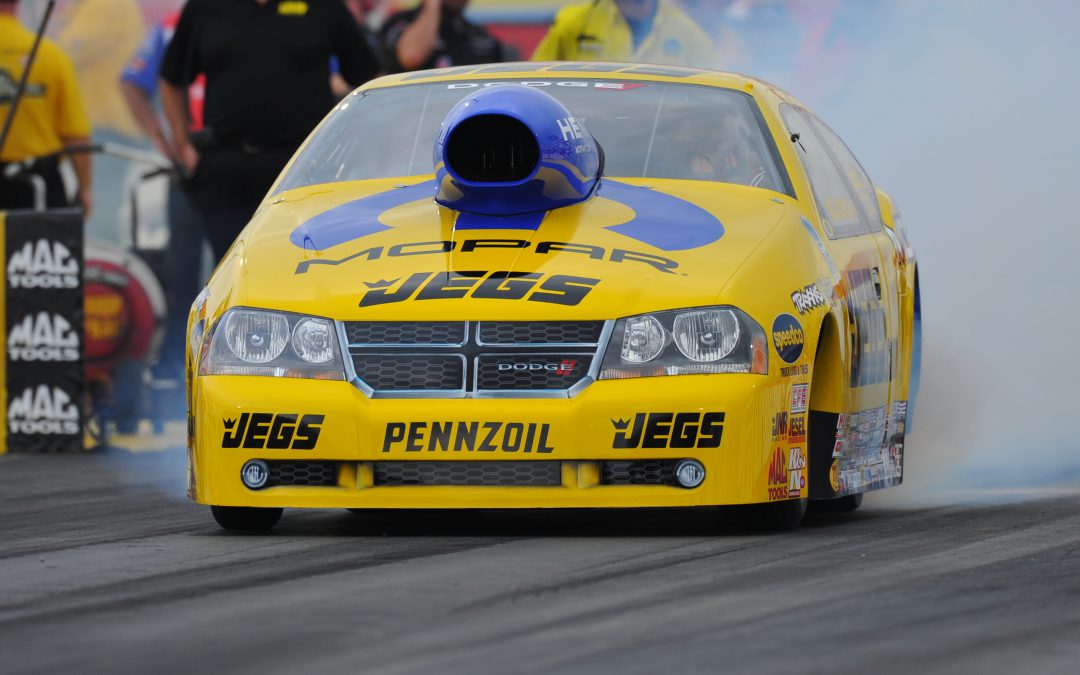 LAS VEGAS (Oct. 27) – Jeg Coughlin Jr. qualified 10th for Sunday's eliminations at the Big O Tires NHRA Nationals and was thrust right into some of the intrigue swirling around the Pro Stock championship battle at The Strip at Las Vegas Motor Speedway.

"We had a good effort," Coughlin said. "We had our hopes up that some advancements we planned on having would work, but it didn't pan out the way we wanted them to. We made three good runs out of four, and looking back, we think we could have been a little more aggressive on the last run.

"On the whole, we've got good data for tomorrow. We'd rather be on the lane choice side of things, but fortunately both lanes here are pretty good."

Coughlin squares off against No. 7 qualifier and longtime rival Greg Anderson, who had a best lap of 6.636 seconds at 197.39 mph. The winner of the Coughlin-Anderson pairing moves on to potentially face championship points leader Allen Johnson in the quarterfinals.

"We're going to race hard tomorrow, no matter who is in the other lane," Coughlin said. "We're happy to start with Greg and hopefully move on from there.

"It's been an exciting year for Mopar and we're cheering on Allen to bring that championship home for Mopar, but if we race him, all bets are off."

Coughlin is in the hunt to move up a spot in the standings himself. He's in eighth place, only 27 points behind seventh-place Mike Edwards.

It's been a crazy weekend already. On Friday, teams faced a stiff headwind all day, which Coughlin said changes the dynamics of making a clean run.

"Fortunately, from a handling perspective, we had a lot of downforce when it was windy, so there were no handling issues," Coughlin said. "But having no wind today was definitely better as these cars are a little more efficient without the wind."

Eliminations at the Big O Tires NHRA Nationals get under way at 11 a.m. from The Strip at Las Vegas Motor Speedway.