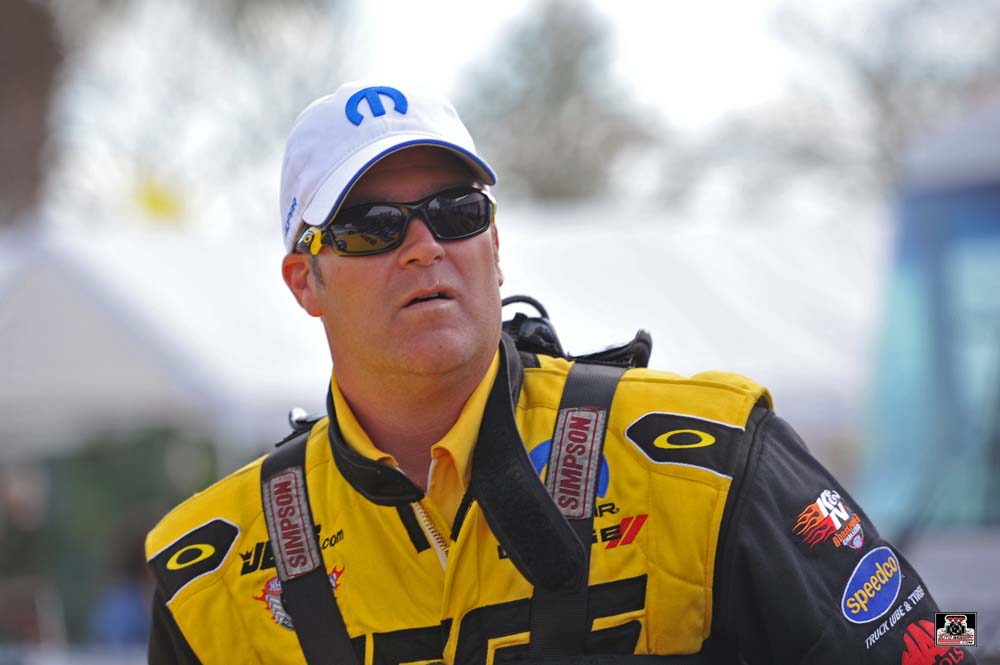 Coughlin debuted a new Dodge Dart for the Gators, and he recorded the best elapsed time of his career, 6.484 seconds at 214.59 mph, in qualifying No. 3.

But instead of celebrating his 57th career victory, Coughlin was eliminated in the second round.

"Our fairytale weekend came to a close too soon," Coughlin said.

"The car worked good first round, and I felt good hitting the Tree," Coughlin said. "We left everything alone, pretty much, from my aspect behind the wheel and just tried to accommodate the car. We put some more bite into it for the second round, knowing the track was going to be warmer and a little bit greasier. The air was getting a little bit worse, and we wanted to make sure we got it from A to B."

But the result wasn't the same as his first-round victory over Rodger Brogdon.

"Coming into the day, we knew it was going to be hotter, and we knew we were going to be following the fuel cars for the first time with this combination," Coughlin said. "We felt like we had a good game plan and had things under control."

But conditions, and Nobile, altered those plans.

"That was extremely disappointing, but we've got a long season ahead of us," Coughlin said. "The guys have worked so hard that being a little disappointed shouldn't mean much. They've worked extremely hard.

"We'll look to Vegas now. We'll restructure and see if we can't pull off two wins in one race there."