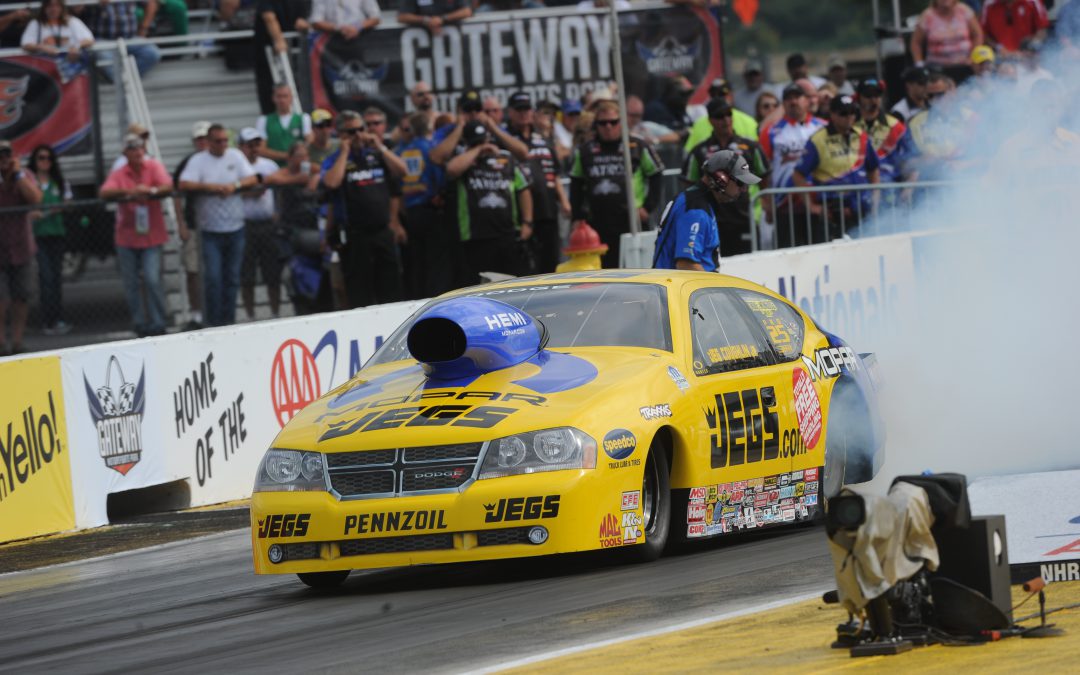 READING, Pa. (Oct. 2) – JEGS.com/Mopar Dodge Avenger driver Jeg Coughlin Jr. has led the championship points standings during each of the last two Pro Stock races, but on both occasions he didn't lead after the event's conclusion.

But the four-time Pro Stock champion is far from pushing the panic button as the Auto Plus NHRA Nationals begin this weekend at Maple Grove Raceway.

"We all know, and it's not a cliché, but it's most important to lead the points leaving Pomona," Coughlin said of the season-ending race. "We've got great experience in running this car, and we need to get out there and show it."

Coughlin is second in the Pro Stock standings, only 10 points behind leader Mike Edwards, as the Countdown to the Championship has reached the halfway point. Coughlin has won three races in seven final-round appearances in 2013 as he chases his fifth Pro Stock title.

As for Reading, Coughlin has won four national events at the historic facility, three in Pro Stock and one in Super Gas, and he's 4-0 in finals at Maple Grove. So it should come as no surprise that Maple Grove ranks high on Coughlin's list of favorite tracks.

"I think of loyal NHRA drag racing fans when I think of Reading," Coughlin said. "I think of a true stadium-style event. It's a picturesque setting at a marquee event that's been around the NHRA since I was reading National Dragster with cereal in front of me.

"That's why it fires me up. The fans are great, the facility is very nice. Running in the fall, in the Countdown, we could be approaching record runs. It would really take an extreme situation but if we get some very cool, dry weather, it could get exciting for the crew chiefs, the drivers and absolutely for the fans."

Weather conditions may preclude a run at the national elapsed time of 6.471 seconds set by Edwards at Charlotte this April, but Coughlin's team would definitely go after it if the opportunity presents itself.

"We're in this thing to make as good a run as we can each and every time down the race track," Coughlin said. "We've got a great team, a great car and great momentum."

When he's not zipping down the track, Coughlin will be monitoring his son Jeg III's progress in a district golf tournament that could earn the decorated young duffer a spot in the Ohio high school championship tournament.

"Jeggie made it to state last year and has been working very hard to return this time through," Coughlin said. "It's not going to be easy but we're supporting him and his school team 100 percent. We're all very proud of him."