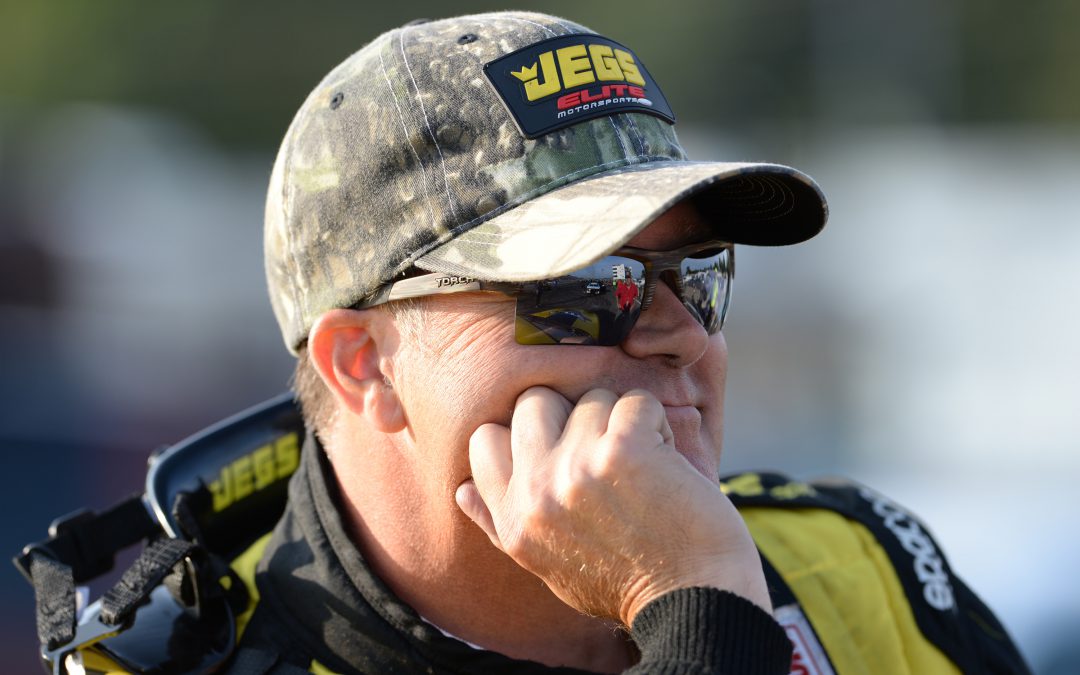 BRAINERD, Minn. (Aug. 19) — A complete going-over of Jeg Coughlin Jr.'s JEGS.com/Elite Performance Chevrolet Camaro by the Elite Motorsports race team has produced some great signs of horsepower. But to advance in the elimination rounds of Sunday's 36th annual Lucas Oil NHRA Nationals, Coughlin says they need to figure out how to get up to speed a little quicker.

"Coming into this race my car had a 100-percent makeover," Coughlin said. "We'd been struggling at the big end. It would run decent the first three or four gears and then really slow down through fourth and fifth gear.

"The team was able to find some things to take that boat anchor off the back of this car and it's already showing. We were top speed one round here and second fastest in another. But somehow now we're struggling with all three team cars to get them accelerating when we let the clutch out. It's a little shocking because we felt like we'd figured that stuff out on the Western Swing. It's just not reciprocating here."

"We definitely have an acceleration issue through first gear with all three cars," Coughlin said, "but at least it's contained to first gear only. I know (team crew chiefs) Rick Jones, Brian Self and Mark Ingersoll are having a meeting of the minds as we speak to see if there's something they can wave their magic wand over to wake these cars up.

"In my time in Pro Stock, we've seen this issue come and go. Typically, your gut feeling as to what's wrong makes it a pretty easy fix but collectively, between three cars making 12 runs here in Brainerd, we have not figured it out yet. Fortunately, we've still got a good 16/17 hours before our first run tomorrow."

So far in 2017, Coughlin has been runner-up in Houston and Topeka, Kan. He also was top qualifier in Houston, Charlotte and Bristol.

"Erica and I run each other Round 1 so one of us will advance," Coughlin said. "Obviously, we want it to be us but I'm more hopeful we can put a package together that will set the trend for the day. It'll be fun to see if we can't put one of these Elite cars deeper in the show and possibly toward the winner's circle."

Pro Stock eliminations begin around noon, Sunday. FOX Sports 1 will air the action live from 1-4 p.m., Sunday. (All times are local and subject to change.)