Jeg Coughlin Jr. has perfect birthday gift in mind for his famous father 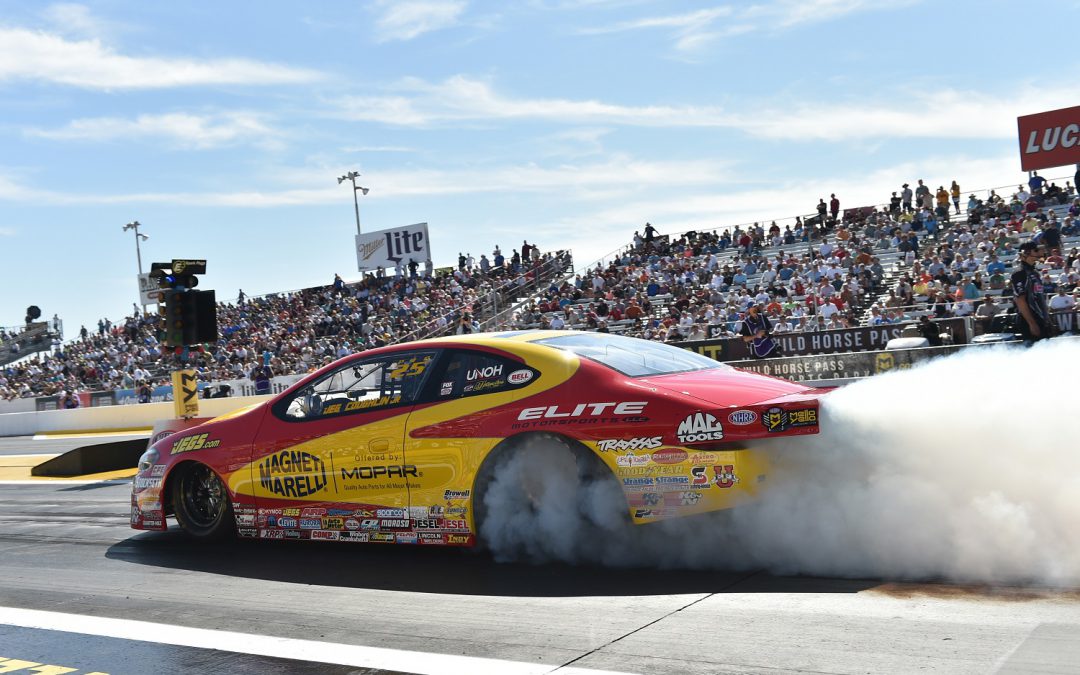 Jeg Jr. has earned 58 Pro Stock trophies in his illustrious career and another 18 in the Sportsman ranks, ranking him ninth on the all-time list. Two of those Pro Stock trophies came at Gainesville Raceway, in 2001 and 2008, giving him confidence heading into this weekend's meet.

"I remember back in the '70s when I was a kid, sitting down at breakfast with a box of cereal while I read the latest National Dragster magazine with all the coverage from the Gatornationals," Jeg Jr. said. "It's always been a marquee event on the schedule, the first on the East Coast, and one that is super packed because it's Spring Break, which makes it so much fun.

"As a racer, it's one you tick off as a major event, one you really want to win during your career. We've been fortunate enough to win it twice and we'd love to make it three."

The 2016 season marks a second return to the Pro Stock category for Jeg Jr., this time with the powerful Elite Motorsports group, winners of the last two world titles with driver Erica Enders. Jeg Jr. is now piloting the Magneti Marelli offered by Mopar/JEGS.com Dodge Dart as a teammate to Enders.

Adapting to the rule changes for the 2016 season, Elite Motorsports is picking up momentum as the year progresses. Jeg Jr. says the extra time off since the last national event in Phoenix has helped his team make big gains.

"We've learned a lot in the six weeks since the season started," Jeg Jr. said.  "We've been extremely successful in bringing an entirely new program to the track, so we're pleased about that, and now our engineers and motor guys have had a little time to improve on what we have here.

"Our testing continues, in fact the guys are at the track (Monday), and our group of crew chiefs are working hard on getting more comfortable with the power band of these Hemi motors. We're making progress, and it's still early in the process."

Aside from his own racing, Jeg Jr. will stay busy all weekend. His trip starts Thursday night with an appearance at the annual International Drag Racing Hall of Fame induction ceremony as a guest of Mopar. He'll also be rooting for his brother Troy Coughlin, the reigning Pro Mod champion, who kicks off his second title defense during the Gatornationals and his wife Samantha’s family, Al, Carol and Jason Kenny, as they race in three of the Lucas Oil Series classes. Finally, he'll honor Darrell Gwynn Sunday morning as part of the Fan Track Walk.

"Having my dad there will be great, especially as we celebrate his birthday," Jeg Jr. said. "It wasn't too long ago he was at every race and was a huge part of the success we enjoyed.

"The history of Don Garlits' Hall of Fame is really special, and seeing Dad inducted in the past was really rewarding. Plus, Troy is racing for the first time this year so yes, we have a big weekend ahead of us."