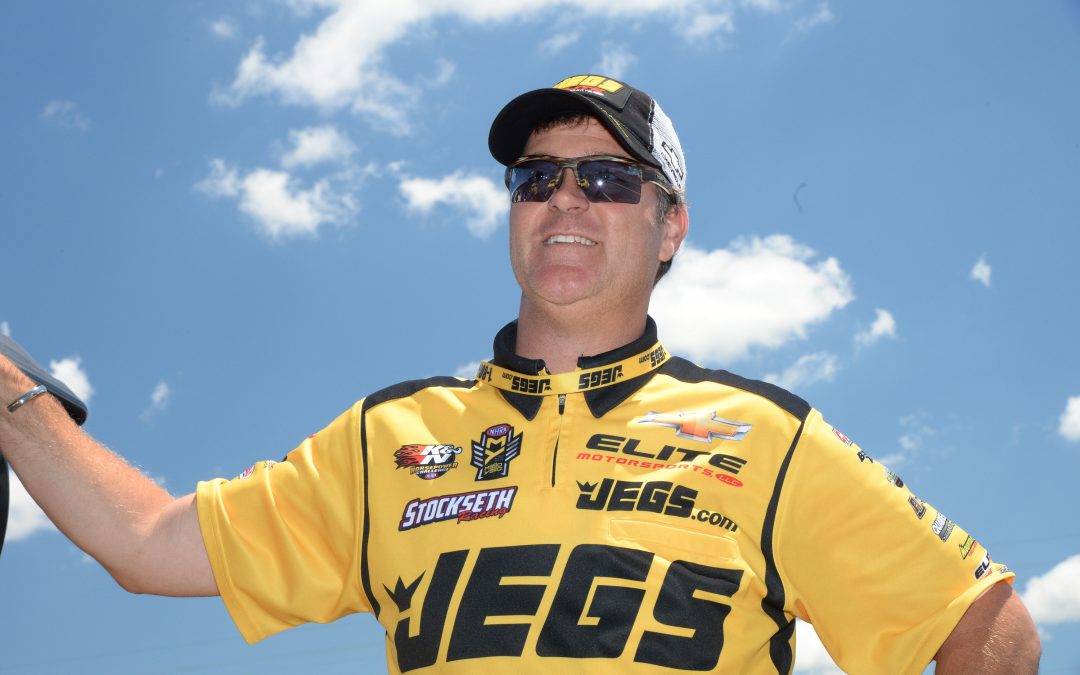 CHICAGO (July 5) – Jeg Coughlin Jr. has 58 NHRA national event wins but not one of his Wally trophies has this year attached to faceplate. The five-time Pro Stock world champion looks to change that fact this weekend as the NHRA Mello Yello Drag Racing Series hits the quarter-mile for the 20th annual Fallen Patriots NHRA Route 66 Nationals at Route 66 Raceway, just a few miles southwest of the Chicago city limits.

Coughlin will be a very busy man this weekend both as a competitor and as a spectator, but the fan-favorite racer and businessman is accustomed to having a hectic schedule.

"It's a fun and big weekend for us on a lot of levels," said Coughlin, a 47-year-old resident of Delaware, Ohio. "On the Pro Stock level, we've kind of licked our wounds from the last couple of weeks so we want to rebound well and see if we can't go some rounds on Sunday again. I've got all the faith in the world in Mark Ingersoll and Rick and Ricky Jones (crew chiefs)."

After two runner-up finishes earlier this year, Coughlin has mustered only quarterfinal showings in the past two events, but a change in how the rubber meets the "Mother Road" may provide a better grip going forward.

"We've got a new tire this weekend, mandated by NHRA rules, so it will be interesting to see how all the teams are prepared for that fairly big change," Coughlin said.

This weekend of racing also includes the 33rd running of the "Best of the Best," the JEGS Allstars. The best Sportsman racers in the NHRA Lucas Oil Drag Racing Series compete in the $124,000 race-within-a-race on Saturday. The top points earners from NHRA's seven geographic divisions and four Top Alcohol regions are set to battle against each other after a yearlong points battle.

"The JEGS Allstar weekend adds a whole other level of excitement for me and for everyone at JEGS," Coughlin said. "We have 80 of the best racers from across the country qualified for this event. It's something we're very proud to be a part of this year and in years past as racers ourselves."

Coughlin's wife Samantha also will be racing this weekend to add to the already full docket of events for the multi-talented racing family.