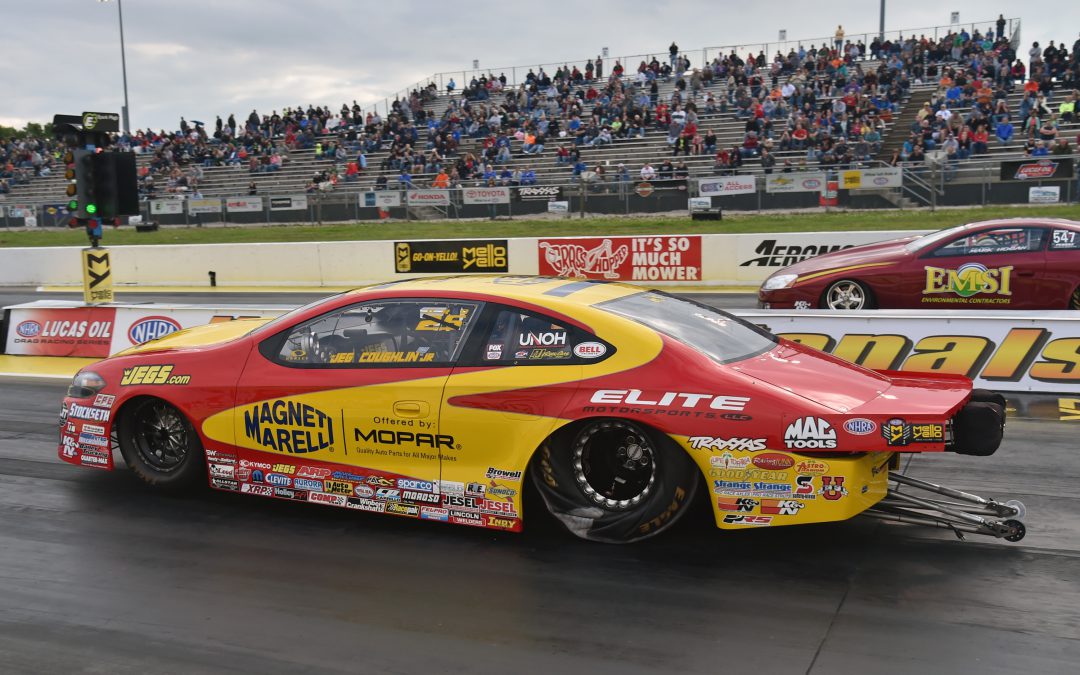 TOPEKA, Kan. (May 21) — There is plenty of fight left in Jeg Coughlin Jr. and his Magneti Marelli offered by Mopar/JEGS.com Dodge Dart team.

Coughlin, a five-time Pro Stock champion, qualified No. 13 for the NHRA Kansas Nationals on Saturday at Heartland Park Topeka. He'll square off against No. 4 qualifier Shane Gray in the first round Sunday — and will be a decided underdog — but Coughlin won't go down without a fight.

"We go into tomorrow in a tough spot on the ladder," Coughlin said. "We're running a top-four car. It's not out of the question, and we're a never-surrender group, without question. We've got a good 18, 19 hours before we run. Everything we need to fix these cars to run in the mid- to low-.60s is sitting here, so it's a matter of us figuring out where this weak link is and get it restructured."

Coughlin's best pass was 6.670 seconds at 206.61 mph, but it has been a struggle to get the Dodge Dart down the racetrack this weekend.

"There's no question the team is working hard," Coughlin said. "We're near our home race for Elite Motorsports and Elite Performance. We were hoping these Midwest tornados would stir up something in our camp and bring the performance to where we know we're capable of being."

Elite is based in Wynnewood, Okla., about five hours from Heartland Park. The team won last year's race here with Erica Enders driving.

"We carry a lot of optimism, and we know the team is fantastic," Coughlin said. "But we're clearly struggling to get the performance here at the racetrack. These guys have gone over this car back and forth and through two or three times between their programs on the dyno and here at the racetrack. Quite honestly, it's got the group baffled."