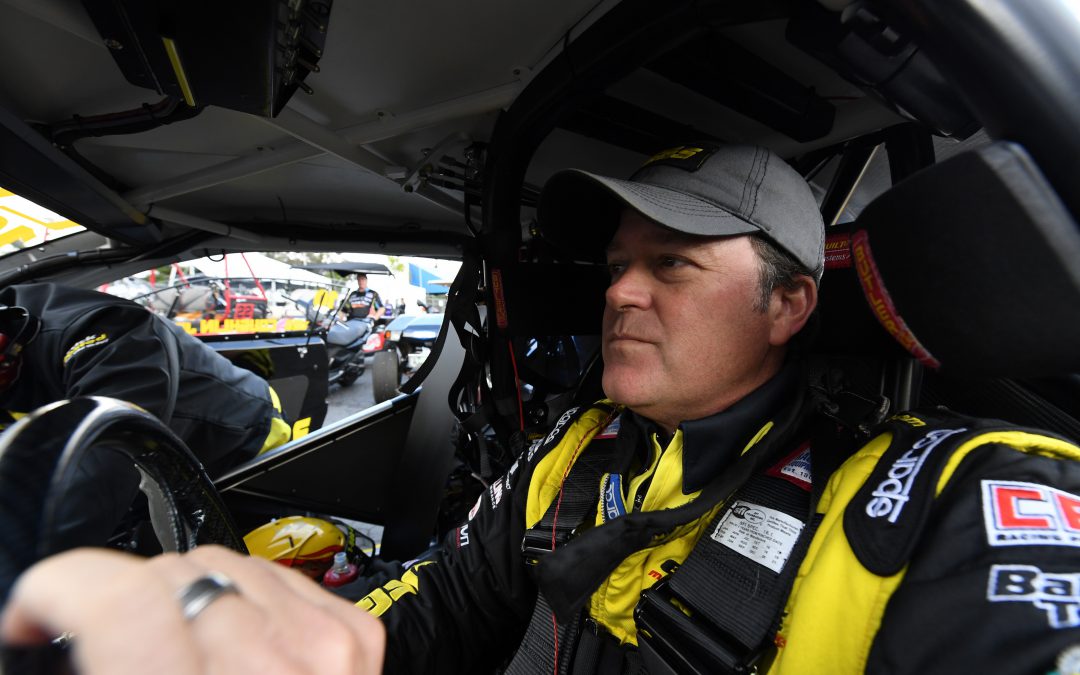 GAINESVILLE, Fla. (March 14) — Although he's an Ohio boy through and through, six-time world champion drag racer Jeg Coughlin Jr. has spent enough time in the Sunshine State to consider it a second home. With the 48th annual Amalie Motor Oil NHRA Gatornationals coming up this weekend, he's hoping that familiarity breeds more success at famed Gainesville Raceway, where he's already won two times in the past.

Coughlin and his family have vacationed in Florida for years, escaping the cold Ohio winters in the past and more recently in support of son Jeg III's budding golf career. Jeg III is a member of the Ohio State University golf team and has kept his game sharp year-round by wintering in Florida.

"We love the snow up in Ohio but it is nice to escape down south and we've been doing it for years now," Coughlin said. "We love Florida and have been in the Jupiter area many times. With my son and his golf career taking shape it's become a regular place for us to stay. Certainly, Florida has become a second home for us.

"The Gatornationals are just phenomenal. I grew up dreaming about that race, reading National Dragster and the stories about all my heroes winning this event. It's one of the majors on the schedule and I'm honored to have won here myself in the past."

Currently a lofty third in the points in his JEGS.com Chevrolet Camaro, Coughlin is hoping for a strong weekend in Gainesville, where he won in 2001 and 2008, will propel him ever closer to the No. 1 spot.

"We had a decent run in Phoenix, reaching the semis, and the good news is we feel there is room to tidy some things up and go quicker," he said. "This is a very hungry group in this pit, having gone a year without any victories after basically dominating the class in 2014 and 2015 with my teammate Erica Enders winning back-to-back titles.

"I believe we can go the distance this Sunday. It won't be easy but it never is in this class. The competition is too stiff. We will be up for the challenge, no doubt."

Away from racing, Jeg Jr. and numerous other Coughlins will be celebrating his father Jeg Sr.'s 79th birthday, which takes place Wednesday. Jeg Sr. is the founder of JEGS High Performance, the company now owned and operated by Jeg Jr. and his three brothers, John, Troy Sr. and Mike.

Jeg Jr. also will be competing in Super Gas in his JEGS.com Chevy Corvette, doubling his chances to win. He'll also be supporting his brother Troy, who is racing in Pro Mod, and nephew Troy Jr., who runs in Top Fuel.

"It'll be a busy weekend, but a fun weekend," Jeg Jr. said. "The Super Gas car is perfect, nice and smooth, but I don't feel we've hit our stride with either car just yet. Super Gas always has been my favorite sportsman class. It's a fun release for me and it keeps my mind focused on racing during a national event. T.J. (Troy Coughlin Jr.) won this race a few years ago in this same car so it already knows it's way to the winner's circle. I just need to do my job."

Pro Stock qualifying sessions are scheduled for 12:45 and 4:15 p.m., Friday, and 12 and 2:30 p.m., Saturday, with eliminations starting at noon, Sunday. Television coverage on FOX Sports 1 begins with two qualifying shows, one at 12 a.m., Friday, and the other at 11 p.m., Saturday, followed by live elimination action beginning at 1 p.m., Sunday. (All times listed in EDT).