Jeg Coughlin Jr. hoping a fifth Houston title is in the cards at this year’s SpringNationals 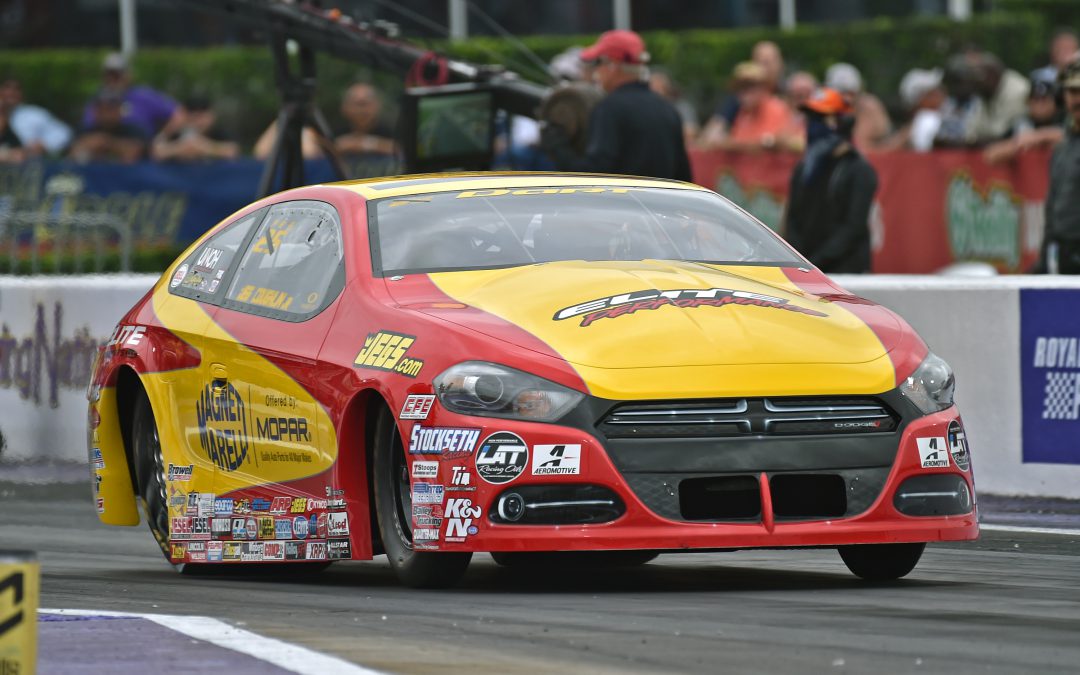 HOUSTON (April 30) — Five-time world champion Jeg Coughlin Jr. secured the No. 11 starting spot for Sunday's elimination action at the 29th annual NHRA SpringNationals with a best pass of 6.655 at 207.91 mph on a challenging Royal Purple Raceway.

Battling humidity and overnight rain storms that only exacerbated issues with the track surface, Coughlin and his Magneti Marelli offered by Mopar/JEGS.com Dodge Dart race team are doing their best to prepare a racecar capable of winning what would be Coughlin's fifth Pro Stock trophy at this facility. He previously won here in 1997, 1998, 2000 and 2010.

"It was a touch cooler yesterday and we made a pair of pretty good runs," Coughlin said. "Both were good through the first three gears but we wanted more down the back half of the track so that's what we worked on overnight. Then the rain came and the water in the air went way up and there just wasn't much we could do to improve, at least number-wise.

"It's a real blessing that we got all four qualifying runs because the forecast coming into this race was terrible for yesterday and today. That's why we don't listen to the weatherman much."

As the 11th qualifier, Coughlin has the unfortunate task of facing Elite Motorsports stablemate Drew Skillman in the opening round of Sunday's elimination racing. Skillman qualified his Skillman Chevrolet/Elite Motorsports Camaro fourth overall with a best pass of 6.632 at 208.75 mph.

"Ideally, you don't want to face off with a teammate until later in the day but with four cars under this Elite umbrella, it's going to happen where you see one of them in Round 1," Coughlin said. "The Chevrolets are actually doing a touch better than the Dodges at the moment, as indicated by our ETs, so we know we'll have to be sharp to beat Drew."

"I'm so proud of Troy," Jeg said. "Any time I can be there in support, I'm in. He's got a great hot rod and that season is just in it's second race so we'll be pulling for him all year. I would definitely like to see him do well in eliminations."