Jeg Coughlin Jr. hoping to celebrate a championship in Vegas, just not his own 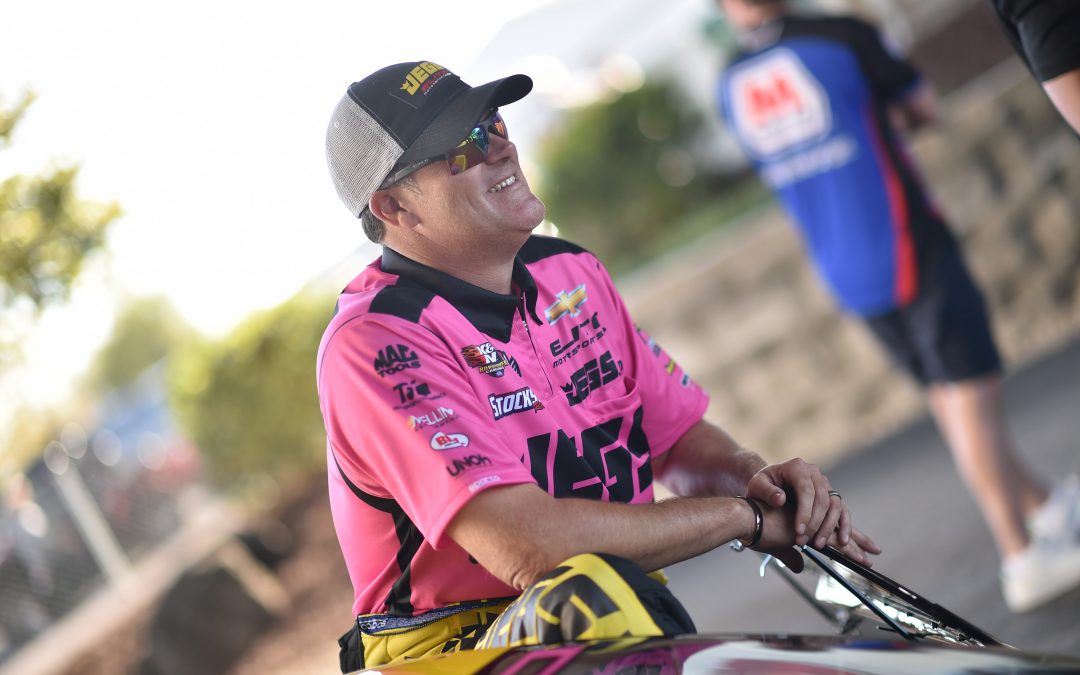 LAS VEGAS (Oct. 24) — Several times in the past, Pro Stock veteran Jeg Coughlin Jr. has arrived at The Strip at Las Vegas Motor Speedway for the annual NHRA Toyota Nationals with world championships hanging in the balance. That's the case once again this time through, only rather than bagging another one for himself, six-time champ Coughlin is hoping to celebrate his brother Troy's third title in the Pro Mod class.

"The Pro Stock championship is out of reach for us this year but Troy is leading the Pro Mod points with a great chance to wrap up his third title in the last six years this weekend," Jeg said. "It's a very exciting time for him and everyone on his team, as well as the 350-plus associates at JEGS and the rest of our extended family.

"We've come in here fighting from behind and we've also come in here in the lead trying to hold everyone off. Most of the time we've come out on top, and a few times we came up a little short, but certainly we know the magic of this racetrack and the importance it holds for drag racers. That's especially true for Troy because Pro Mod finishes its season here, whereas the other pro categories have one more race to go after Vegas."

"This track has been good to the Coughlin family, no question about it," Jeg said. "Even T.J. (Troy Jr.) has won here in the sportsman ranks so we'd love to add to that total. I certainly want to win a race in my JEGS.com/Elite Performance Chevrolet Camaro before the year is up. We showed a nice upturn in performance at the last event in Dallas and I think we're capable of getting it done with this car.

"If we can put our best foot forward Sunday then we'll have a great chance. We'll certainly be splitting our time rooting for Troy as well. I'm getting excited just thinking about what he has in front of him."

Comparing his own championship charges to those of his family members is tough for Jeg, although he is quick to point out the electrifying nature of both types of celebrations.

“In 1993, I remember going to the final race of the year, the Winston Finals, with brother John and he needed to win the fifth round of Super Gas to earn the world championship," Jeg said. "He made it to the fifth round but ended up losing a really close race.  It’s one of those moments where it’s a winner-take-all situation and regardless of the outcome you are proud as a brother and a family.

"Fast forward to 2012 and Troy claiming his first championship by winning the final round of the final race and you get both extremes. I have so much love and respect for my brothers and experiencing them winning titles is every bit as exciting as winning them myself. We're a family and a team, always, so we share in everything."

Pro Stock qualifying sessions are scheduled for 1:45 and 4:15 p.m., Friday, and 1:15 and 3:45 p.m., Saturday. Eliminations begin at noon, Sunday. FOX Sports 1 will carry the first day qualifying action live from 3-4 p.m., Friday. Live eliminations will air on FOX Sports 1 from 1-4 p.m., Sunday. (All times are local and subject to change.)