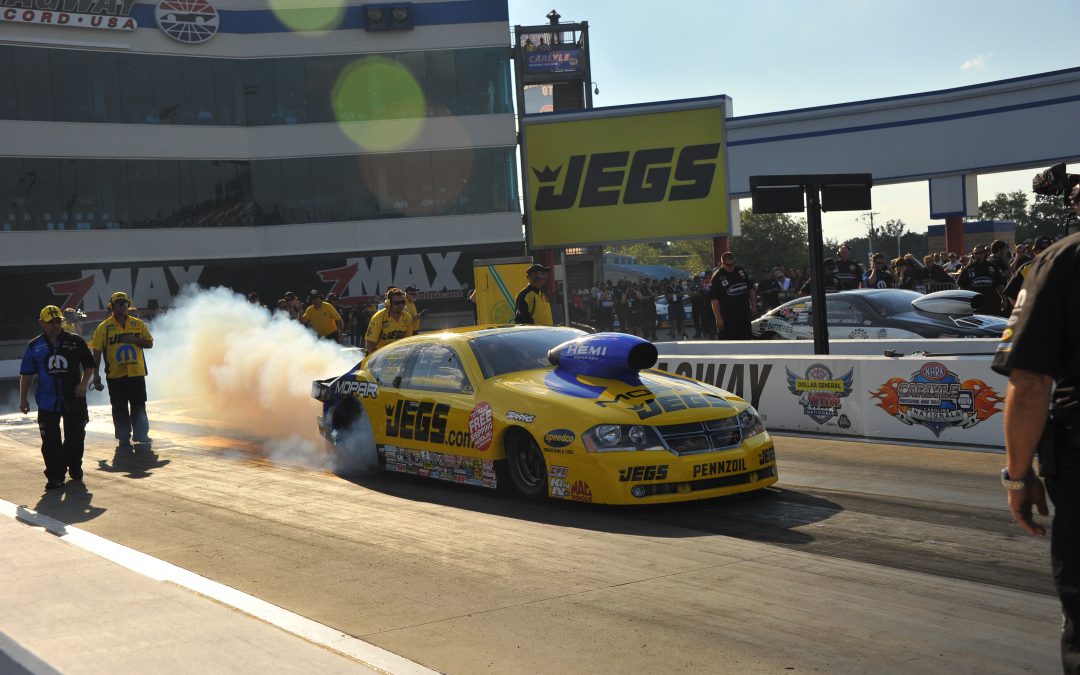 DALLAS (Sept. 17) — Coming off a near-perfect weekend in Charlotte where he started the NHRA's six-race playoffs with a convincing victory, five-time world champion Jeg Coughlin Jr. is hoping to continue his winning ways at the Texas Motorplex, site of this weekend's 28th annual AAA NHRA FallNationals.

"We had a very good gameplan for Charlotte in regards to how we wanted to set up the car and I had a good plan for what I needed to do behind the wheel," Coughlin said. "It all came together for us. The crew guys executed their jobs to perfection, I was mostly pleased with how I drove and we got the trophy.

"Winning Charlotte certainly was the perfect start to the Countdown."

After qualifying sixth, Coughlin managed to leave the starting line ahead of all four drivers he faced in Charlotte, a key to his win. His most impressive start in the JEGS.com/Mopar Dodge Avenger came in the money round when he recorded a dramatic holeshot victory over Jason Line.

Coughlin's efforts lifted him from third to second in the championship points. He now trails Mike Edwards, whom he beat in the semifinals, by just 10 points. Line is third, 47 points off the lead.

"We won't be changing our mindset at all," Coughlin said. "We're going to race Dallas as if it was the first race in the playoffs because even though we got off to a great start, there's still a long way to go. There are a lot of extremely talented and hungry drivers in the mix and we can't let up at all.

"The format we'll be following has been established. Now we need to stick with the plan and execute again. I know there's a few things with my driving I want to fine tune so that's where my focus will be this weekend."

A past winner and four-time finalist at the Texas Motorplex, Coughlin says his favorite memory of the North Texas track may not be one he made, rather it's the victory his teammate Allen Johnson recorded one year ago.

"If there's one thing about the Motorplex that really sticks out in my mind it was seeing A.J. climb up on his hood scoop with the cowboy hat on and ride that thing like it was a bucking bull," Coughlin said of Johnson's unique winner's circle celebration. "It's pretty neat that the winners get a cowboy hat and I'd sure like to earn myself one this time through."