Jeg Coughlin Jr. hoping to pick up where he left off with another win in Pomona 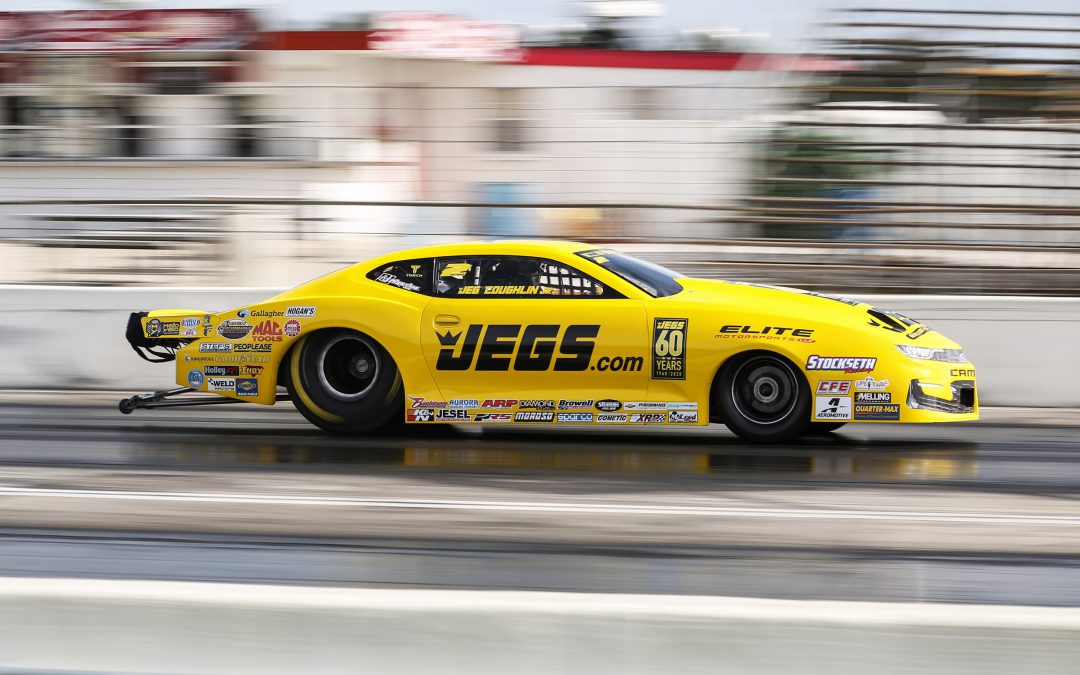 Coughlin drove his yellow-and-black JEGS.com Elite Motorsports Chevrolet Camaro to the winner's circle just three short months ago, securing a very close second-place finish in the championship points for the second consecutive year. He's now hoping a repeat performance at this weekend's 60th annual Lucas Oil NHRA Winternationals will springboard him into a big season that ends with him on top of the Pro Stock mountain.

"For as far back as I can remember, Pomona has always been a favorite race for me," Coughlin said. "I can remember as a kid talking about this particular race with my brothers over bowls of cereal at the kitchen table, just dreaming we could be out in the California sun at the Winternationals.

"Both races we have in Pomona are marque events on the NHRA schedule, with the magical part of the Winternationals being that it signals the start of a new season. It's 'go' time and that's why fans from around the world fly into this event. Every driver and team have big dreams right now, and we are certainly no exception."

Winning the NHRA Finals in November pushed Coughlin's Pro Stock total number of victories at this facility to seven, making this his most successful racetrack. He's also been runner-up here on seven different occasions.

"Having won here in November certainly gives us a feeling of momentum," Coughlin said. "And our overall history in Pomona is something that lifts your confidence level, without a doubt. That goes back all the way to when I sewed up the Super Gas world championship here in 1992.

"Of course, things are always changing in Pro Stock and I'm sure our competitors used every bit of the off-season to get their own programs running at peak levels so we'll take nothing for granted. Our engine guys at Elite Performance kept our dynos humming all winter long also and we did manage to get quite a bit of on-track testing done as well so we'll be stepping up ourselves."