Jeg Coughlin Jr. hoping to ride tall in the saddle once again in Dallas 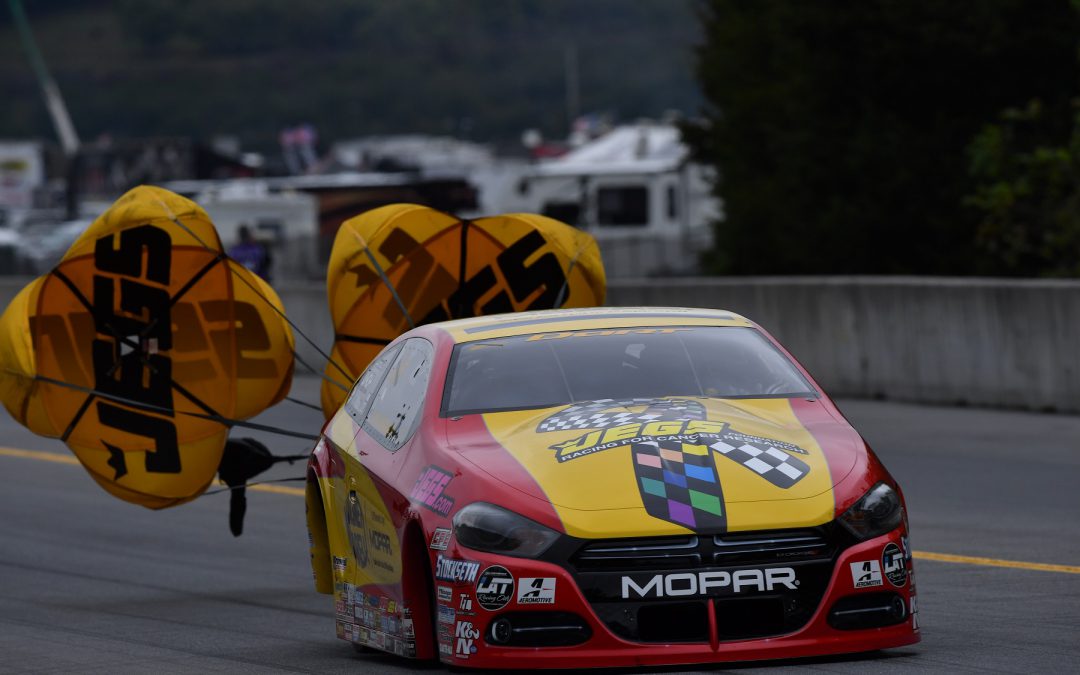 DALLAS (Oct. 11) — There are a couple of unique benefits to winning the annual AAA Texas NHRA Fallnationals at Texas Motorplex, the all-concrete drag strip just south of Dallas in Ennis, Texas. First, track owner Billy Myer, a former drag racer himself, adds a special engraved brick with the champion's name in the winner's circle. Secondly, each victor gets a commemorative cowboy hat to remind them they scored a big victory deep in the heart of Texas.

"Texans are very unique and proud people and the fans that come out to the drag races, both in Dallas and down in Houston, are some of the friendliest and fun-loving folks we encounter each year," Coughlin said. "It's always a hoot to head south and race for those appreciative fans.

"Billy knows what it feels like to win from his days as a Funny Car driver and he makes extra special to win at his track. I was fortunate enough to win there back in 2002 and I remember being very excited to return to the Motorplex the following year to see my brick in the winner's circle. It's just kind of a cool deal to see your name up there next to so many drag racing greats. And having it on a brick makes it permanent."

Coughlin, who hails from Delaware, Ohio, would love to add to his Texas legacy this time through but he knows it'll be a tall task considering the competition.

"Everyone in the field of the Countdown to the Championship is racing well, especially those guys at KB Racing," he said, referencing points leader Jason Line and his teammate, second-ranked Greg Anderson. "We've had a transitional year switching to the Dodge Darts and we're not in the fight for the championship per se, but we're still hoping to help our teammate Vincent Nobile get in there."

Together with back-to-back and reigning Pro Stock champion Erica Enders, who drives the Elite Motorsports/Mopar Dodge Dart, Coughlin and his Magneti Marelli offered by Mopar/JEGS.com Dodge Dart crew are doing all they can to support the third pro on the Elite Motorsports team, Nobile, who currently is a lofty third in the points.

"Vincent is getting hot at the perfect time," Coughlin said. "He's coming off a big win in Reading (Pa.) and if there's a way to help him out by knocking off the frontrunners, than we'll sure give it our best effort," Coughlin said. "At the same time, we'll continue to race as hard as possible to get some glory for our car and our supporters as we finish out the season."

In addition to his Pro Stock efforts, Coughlin will be racing a JEGS.com-branded Super Comp dragster alongside his nephew Troy Coughlin Jr., who will compete in Super Gas in the JEGS.com Corvette Roadster.