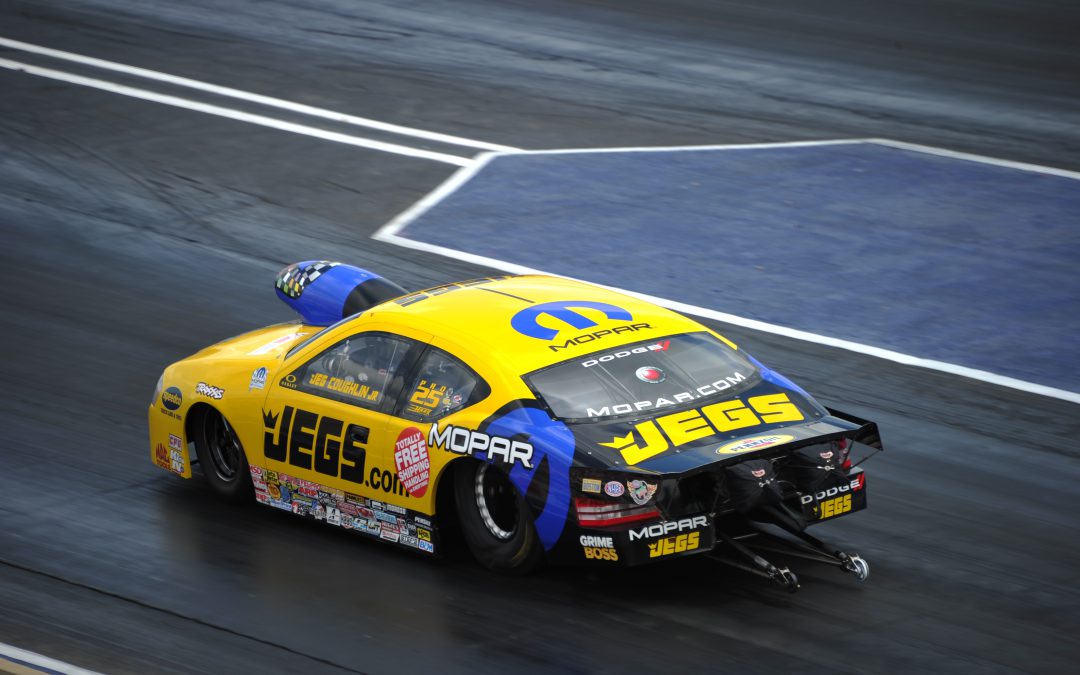 DENVER (July 16) — For the last six years, Mopar has celebrated placing one of its Pro Stock cars in the money round of its title event — the Mopar Mile-High NHRA Nationals at beautiful Bandimere Speedway. On four of those occasions, defending world champion Allen Johnson walked away with the hardware, presenting his longtime sponsor with the item drag racer's covet most, a Wally trophy.

This time, as the NHRA returns to Denver for the 25th version of the popular race, another world champion has designs on keeping Mopar on the podium as five-time titlist Jeg Coughlin Jr. works to put his JEGS.com/Mopar Dodge Avenger in the winner's circle.

"My teammate (Allen Johnson) has an iron grip on this racetrack and we're hoping we can keep that going this time through," said Coughlin, who has two victories himself at the picturesque quarter-mile facility. "The plan is to race Allen in the final round, then we'll know for sure that a Mopar will win.

"We just completed a two-day test on the mountain and it was very evident right out of the trailer that J&J Racing has that place figured out. We ran a 6.98 on the first hit and only got better from there.

"Denver is such a challenge for cars that aren't supercharged and I joke that we have to change everything but the driver and the paint job, but that's really not too far from the truth. It is just an entirely different animal, but one Allen and his father Roy have spent a ton of time figuring out. I expect big things from both of us."

Coughlin, who joined with Johnson in the offseason, has two wins in four final rounds this year and is currently ranked third in the Mello Yello standings, behind Johnson and points leader Mike Edwards.

"We've got a lot of momentum going and with our great relationship with Mopar, our love for Bandimere Speedway and the Bandimere family and the speedy test session we had up there, I am more fired-up for this race than ever before," Coughlin said.

Prior to the racing action, Coughlin has a full slate of promotional activities. He'll be taking part in the Bandimere's Race To Read Charity Golf Tournament Thursday morning, meeting with the Denver media at lunch, and starring at the Mopar Big Block Party Thursday evening in Golden.

"If you've never been to the Big Block Party, I suggest you take it in this year because it is so much fun and really kicks off the weekend with a bang," Coughlin said. "It's a chance to meet a bunch of the drivers and crew guys, see some awesome Mopar cars, listen to some great bands and just have a party. I hope to see everyone there."