Jeg Coughlin Jr. kicks off Countdown with round win in Charlotte 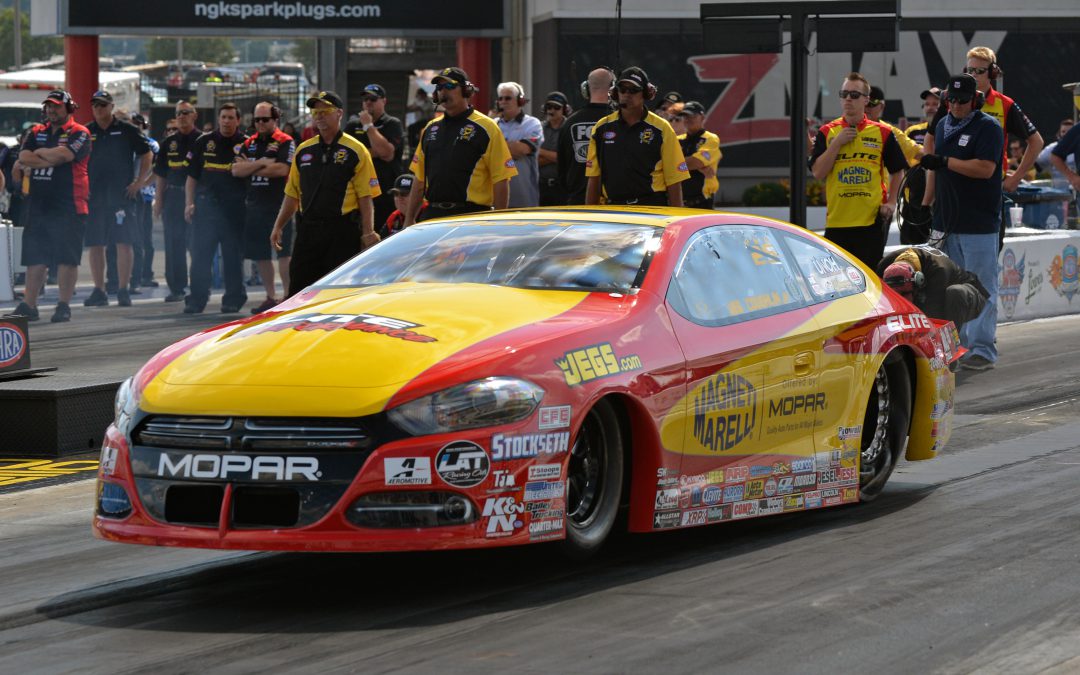 CHARLOTTE (Sept. 18) – Five-time Pro Stock champion Jeg Coughlin Jr. kicked off the Countdown to the Championship the right way, turning on the win light in the first round of the NHRA Carolina Nationals on Sunday at zMax Dragway.

"We knew if we were on our best behavior, make a good pass personally and make a good pass with the car that we could certainly be there to light a win light up against (Allen Johnson in round one)," Coughlin said. "As we've seen in Pro Stock many times, this year you can't ever surrender.

"We'll take away, as we head to St. Louis, the feeling that we gave ourselves an opportunity to get out and qualify as well as we could. Lighting a win light doesn't sounds like a whole lot, as we've done this for many, many years but it felt good."

"Clearly, he had the performance advantage by nearly five-hundredths of a second," Coughlin said. "But the run was just probably as good as we could have really fielded. We needed a small miracle to happen where they would have run in to some trouble and had to abort a run, or something else."

Coughlin, though, was pleased with his team's performance, running as well as possible and building toward the end of the year and 2017.

"It's a team that has been working hard, and we'd sure like to get our performance at the level it's capable of being," Coughlin said. "We know what that is because we know 100 percent of the recipe with Vincent's program. It comes out of the Elite shop: the car does, the crew chief does, the engine does, pretty much the entire program.

"That's the part that's kinda got us a little bit flustered. But we'll keep our nose to the grindstone and see if we can't find some power here in the coming races potentially to set us up in a better position for '17."