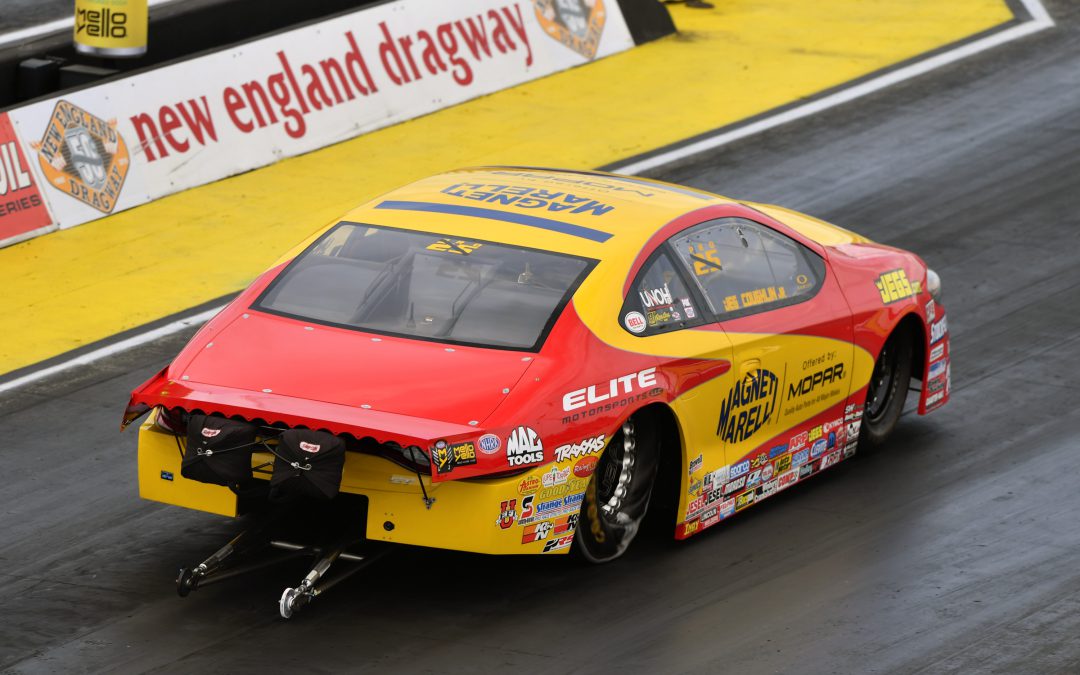 Coughlin, driving the Magneti Marelli offered by Mopar/JEGS.com Dodge Dart, qualified in the top half of the field (No. 7) for the first time in six races, but in a race delayed by rain to Monday, Coughlin fell in the first round of eliminations to Shane Gray.

"We do leave here with some positives, but we also know that we've got some work left to do to be a top-six car right now," Coughlin said. "We're capable of it, and I think we'll get there again by Englishtown (N.J.). We'll find a place to go make some laps between here and Englishtown."

Englishtown is the next race on the schedule, the 47th annual NHRA Summernationals this weekend at Old Bridge Township Raceway Park.

Coughlin returned to full-time Pro Stock competition for 2016, driving a new Dodge for the same Elite Motorsports team that helped Erica Enders win the 2014 and 2015 championships. With a new car and after NHRA mandated fuel-injected engines limited to 10,500 rpms, the development continues for the team.

Coughlin's qualifying pass of 6.599 seconds at 208.65 mph was his best of the season, invigorating the entire Elite team.

"We clearly started out better than we have in the past six or seven races," Coughlin said. "We got back a little bit ahead of where we were the first of the year. We didn't pick up as much as we would've liked to in the heat on Saturday, and we were just really sluggish today."

"We underestimated the track," Coughlin said. "With all the rain and the correction factor, this was the worst air we've been in all weekend. We were just a little shy in trying to get the thing going, and it was really sluggish."