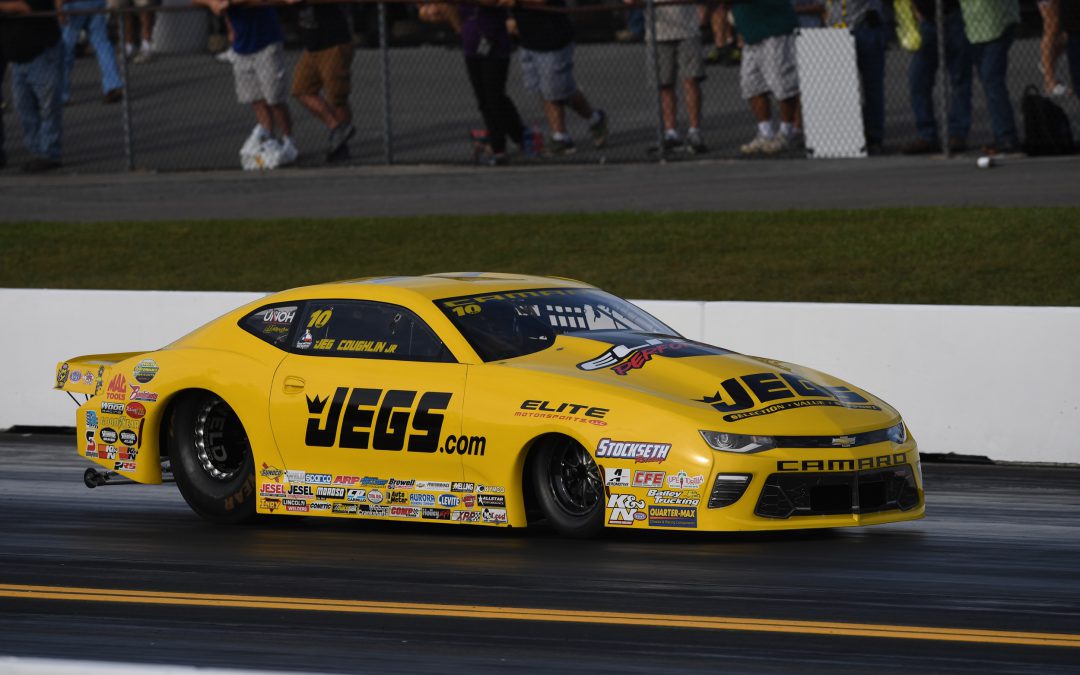 ST. LOUIS (Sept. 27) — When you've won 76 NHRA trophies, the current mark for six-time world champion Jeg Coughlin Jr., it's correct to assume you've won multiple races at a number of different racetracks. But even Coughlin has to admit the five trophies he's won at Gateway Motorsports Park, the site of this weekend's sixth annual AAA Insurance NHRA Midwest Nationals, place this facility among his favorites on tour.

"Gateway Motorsports Park always has been a fun track to visit and the fact we've had great success here in the past adds a nice comfort level to the equation," Coughlin said. "Personally, I hope the good vibes of the past help us turn this program to the positive end as we streak to the finish line of this season.

"Coming to St. Louis when it's part of the six races in the Countdown to the Championship certainly adds an extra layer of fun and also a good dose of pressure. Everyone is scrapping for every round win and the battle for the championship is very heated at the moment."

History aside, Coughlin knows success at this year's event is vitally important if he is to have any chance at the 2017 title. Currently eighth in the points, 191 markers behind leader Bo Butner, Coughlin knows there is zero room for errors in a stacked Pro Stock title chase.

"Yeah, this is Race 3 of our playoffs and given what's happened in the first two races we probably need to win out to end up on top," Coughlin said. "People may say that's impossible but it's not. We've seen numerous teams come alive, myself and this team included, and go on long runs, so we know it's not just a dream.

"I know the group at Elite Motorsports has all the pieces in place for myself or one of my teammates to get hot and frankly it better start this weekend if we truly want to make a charge because the guys up front aren't going to give anything away. For us, we're focused on qualifying better than we have, getting into eliminations in a good spot and then winning some rounds."

Pro Stock qualifying sessions are scheduled for 3:45 and 6:15 p.m., Friday, and 1:15 and 3:45 p.m., Saturday. Eliminations begin at noon, Sunday. FOX Sports 1 will carry the first day qualifying action live from 5-6 p.m., Friday. Live eliminations will air on FOX Sports 1 from 1-4 p.m., Sunday. (All times are local and subject to change.)