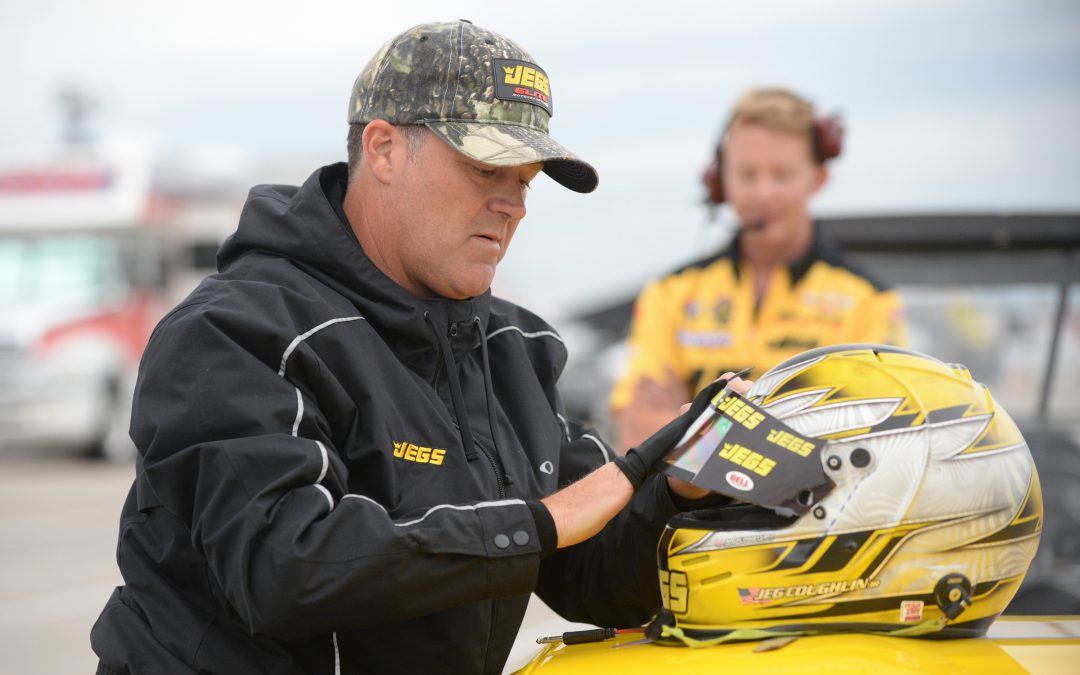 INDIANAPOLIS (Sept. 3) — Five-time Pro Stock world champion Jeg Coughlin Jr. made a little drag racing history in 2000 when he became the first driver to win an NHRA race from the No. 16 qualifying position. It just so happens he accomplished the feat at the sport's biggest drag race — the Chevrolet Performance U.S. Nationals.

Now the 58-time national event winner is hoping to recapture some of that same magic as he enters race day for the 63rd running of the event in the No. 14 qualifying position.

"During my time behind the wheel we've been fortunate enough to win from every qualifying position available, one through 16, and yes, we did win the Big Go here from the 16th spot in 2000 so it's a similar situation for us this time through."

"We've got a car capable of winning from further down in the field, as we did in 2000," Coughlin said. "I recall being very fortunate that year because between Sunday night and Monday morning we were able to get the car back into championship form and run through them all for the win. That was a lot of fun, the kind of fun we'd love to replicate tomorrow.

"We have that same opportunity, without question, right now. We've got about 17 hours before we run first round and all of the pieces to the puzzle are here. It's kind of a boring statement but we are just having a hard time putting all of the pieces together to run up front with the elite of this Pro Stock group right now."

An eight-time winner at Lucas Oil Raceway in Indianapolis, Coughlin has claimed five of those Indy victories during the U.S. Nationals, three times in Pro Stock (in 2000, 2002 and 2009), once in Super Gas (1992) and once during the 2004 Mopar Hemi Challenge, a special race-within-a-race contested each year during "the Big Go."

"We will keep our heads high and keep working hard," Coughlin said. "We thought we made a decent stride today in Q4. Then we made a big adjustment for Q5 to try to get the car to ride the lane a little bit better in the first 50 feet but evidently we went the wrong way so we will go back to what we did in Q4 and see if we can't get the best of Drew in the first round."