Jeg Coughlin Jr. looking to get a foot up on the competition in Brainerd 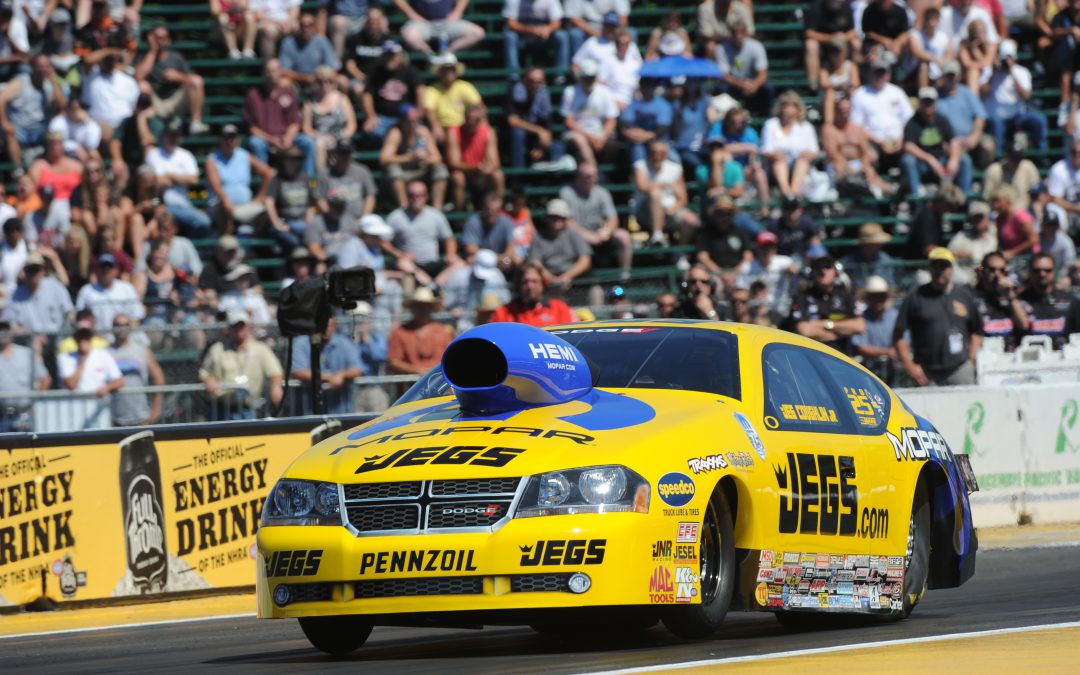 BRAINERD (Aug. 13) — The difference between success and failure in the cutthroat world of NHRA Pro Stock racing usually is measured in thousandths of a second, the equivalent of an eyelash at top speed. But at this weekend's 31st annual Lucas Oil NHRA Nationals at Brainerd International Raceway, five-time world champion Jr. will be concentrating on feet — more specifically the first 60 feet of the racetrack — the distance from the Christmas Tree to the first incremental timer.

"Those first few feet are so critical," Coughlin said. "You have to get that car up and moving down the track. All your momentum is gained or lost at the launch. If you're slow over the last 100 feet, you can get away with it, but get off to a slow start and you've got nowhere to hide."

To help fine-tune his early numbers, Coughlin, crew chief Eddie Guarnaccia, and the rest of the award-winning JEGS crew have been working late every night to "fill the little holes" in the set-up of the car in order to get maximum performance from the familiar yellow-and-black JEGS.com/Mopar Dodge Avenger.

The team also plans a quick stop at U.S. 131 Motorsports Park in , on the way to the Brainerd event to execute a handful of launches.

"Martin is a track I'm really familiar with and I know we can get some good data there so it'll be a good spot to test," Coughlin said. "My brothers and I have raced there a bunch in our sportsman careers and we've always enjoyed success at that facility. It'll also help us get into race mode a few days early."

Coughlin needs a good outing at Brainerd and the final regular season race two weeks later in to secure a spot in the Countdown to One, the six-race sprint to the Full Throttle championship. Only the top 10 racers after Indy are qualified to contend for the 2012 championship and Coughlin is currently tied for 10th with Ronnie Humphrey.

"There are four spots left and six of us with realistic chances of making the cut, so it's going to be a dogfight," said Coughlin, who has claimed two of his four Pro Stock titles in the playoff era. "The six of us are only separated by 43 points so every round, every qualifying run, every bonus point is going to be huge.

"We've got our work cut out for us but I truly believe we belong. We've come a long way from a true start-up team at the beginning of the year to being in the top 10 right now with two races to go before the Countdown. There's still plenty of room for us to improve, but we've been on an upward trend for quite awhile now and that's exciting."