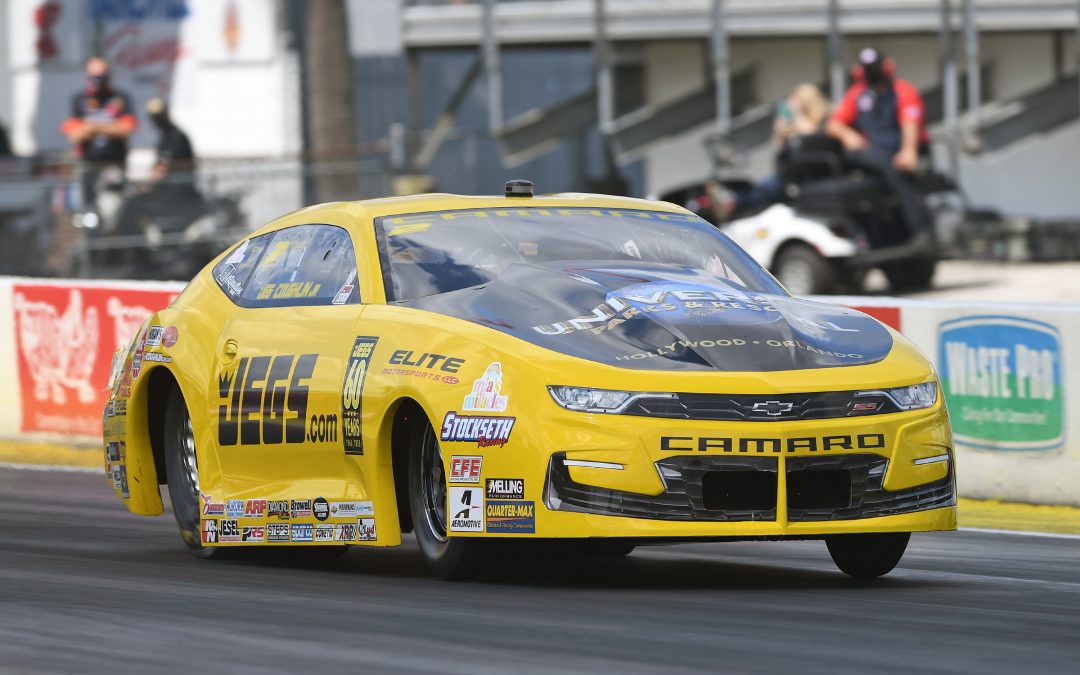 After leading the championship points for three of the first four races of the season on the strength of two victories and a runner-up result in his JEGS.com Elite Motorsports Chevrolet Camaro, the 65-time national event winner has endured an uncharacteristic stretch of two first-round losses in as many events. A 44-point advantage over Jason Line has been replaced by a 34-point deficit to the new points leader. 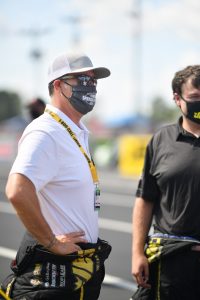 “While you never like giving up points it’s been a bit of a blessing that things have fallen the way they have,” Coughlin said. “We haven’t been hurt too badly; it definitely could have been worse.

“This just sets us up perfectly for a nice, big, fun rebound weekend in St. Louis. I’ll personally be making some test passes in Tulsa (Okla.) on Wednesday. After a pretty decent qualifying session last weekend in Gainesville, we had an ECU crap out on us in Round 1. It was an untimely event, for sure, but we’ll test as much as necessary to make sure everything is firing like it has been the last 12 months, where we’ve really enjoyed some great momentum.”

“We’re assuming we still have four races left on the schedule but our mindset is that this weekend’s race could be the World Finals so we won’t be holding anything back,” said Coughlin, who plans to pull back from full-time professional competition at the end of the season. “We’re still having fun and racing this weekend with my brother Mikey and nephew Troy Jr. will be an adventure, as always.” 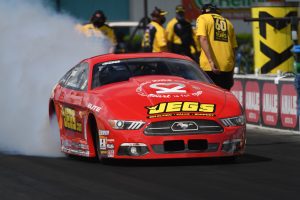 Troy Coughlin Jr. will be competing alongside his uncle with his JEGS.com Ford Mustang, which also races out of the Elite Motorsports camp. This is Troy Jr.’s first year in the factory hot rod class and he’s already raced to a final round at Indy 3 where he was beaten by Jeg Jr.

“Five races into my Pro Stock career and I’m definitely still learning how to drive these cars,” Troy Jr. said. “I’m also learning how to bounce back from mistakes and being with the best team in the sport has made a huge difference. These Elite guys are all about winning championships and races and it pushes me to stay on my toes and get everything right when I’m in the car. 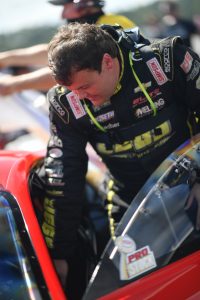 “This is an extremely competitive class and with the shortened weekends only allowing for two qualifying sessions instead of four, there just isn’t any margin for error. You have to make great runs right out of the trailer. Fortunately, having Uncle Jeg and (teammate and reigning champion) Erica Enders right there in the pits with me gives me a lot of experience to pull from. I want to keep progressing every pass.”

Just one week removed from a big Division 3 Top Dragster victory at World Wide Technology Raceway, Mike Coughlin also has high hopes for the weekend. With D3’s schedule now in the books, Mike and crewmen Greg Cody, Tony Collier and Ryan Micke will be looking to improve on their current national ranking of third place. 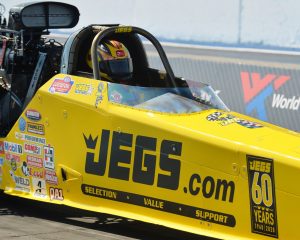 “We’ve got two national events left to claim so between this weekend in St. Louis and two weeks from now in Dallas, we need to be at our best,” Mike said. “We’re coming out of a triple-header weekend in St. Louis and we did get one win out of the three so we feel really good about our chances. It’s supposed to be nice and cool again so we’ll stick with this flawless tune-up the guys have put together and go have some fun.

“We run as many races as we can, and some are on the divisional level and some are national level, but I look at them the same. The main difference is the national events give me the chance to cheer on Jeg and Troy Jr., and this year we haven’t had as many chances to do that as usual, so I’m extra excited.” 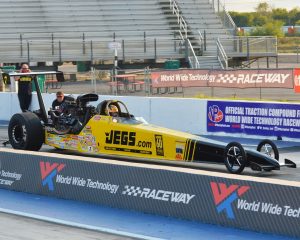