Jeg Coughlin Jr. looks ahead to Countdown after bowing out at Indy 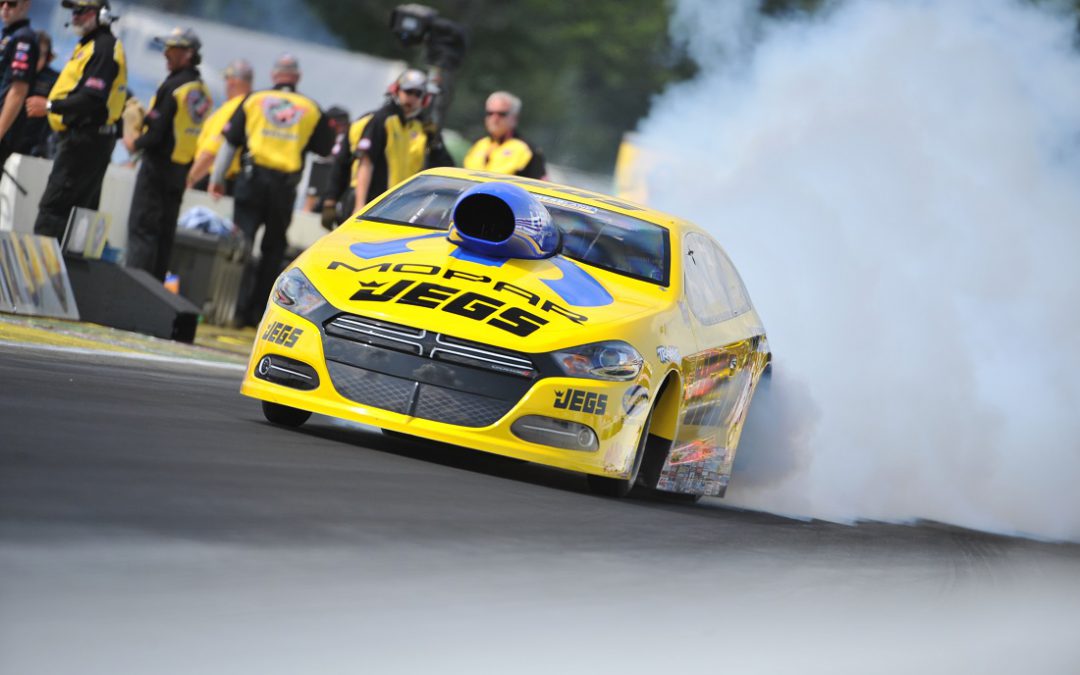 INDIANAPOLIS (Sept. 1) – Defending Pro Stock champion Jeg Coughlin Jr. is looking forward to a run at the championship after the JEGS.com/Mopar Dodge driver lost in the first round of the U.S. Nationals on Monday at Lucas Oil Raceway at Indianapolis.

Coughlin won two races in the six-race Countdown in 2013 en route to his fifth Pro Stock title. He also started the Countdown off with a victory at zMax Dragway in Charlotte and hopes to get off to a similar start this season.

"We'll turn our attention now to the Countdown," Coughlin said. "It's what we work the entire year for, to be in the elite top 10 and to be able to run for this championship. We'll finish somewhere in the top five and go from there."

Coughlin, gunning for his fourth U.S. Nationals victory in Pro Stock, was confident heading into race day after his J&J Racing team made key adjustments to his Dodge Dart.

But Coughlin tripped the staging beam .003 seconds too soon in his first-round match with first-time driver Aaron Stanfield.

"We know it's tight out here," Coughlin said. "We knew we were going to have to fight for every thousandth of a second. Didn't think I could turn it on the red side, though. Quite honestly, through qualifying, I really felt like I'd be .010 to .020, in that range, and I felt real comfortable with that."

"The guys did a great job," Coughlin said. "We traversed through a lot of hard work this weekend. We really ran pretty well. We were first pair out today, which typically can be a challenge for the Pro Stock teams. But they did a fantastic job getting the car down through there."