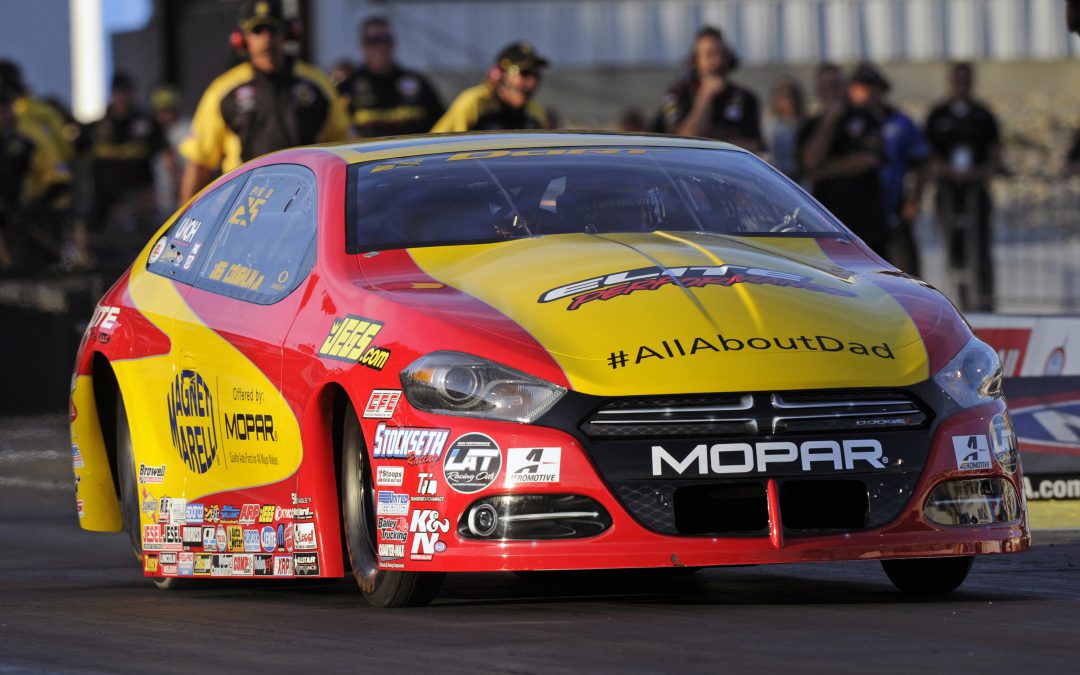 On the one hand, it came against Elite Motorsports teammate Erica Enders. On the other hand, it helped propel Coughlin up to eighth in the Pro Stock points standings.

Coughlin's day in the Magneti Marelli offered by Mopar/JEGS.com Dodge Dart ended in the next round when Jason Line sped past for the second-round victory.

"We knew one of us was going to prevail and make it into Round 2," Coughlin said of his battle with Enders. "We were able to go up with confidence with some setups. I ran decent down that right lane, fifth for the session. But the guys at KB continue to knock it out of the park.

"We got behind again in qualifying. We made poor runs on Friday night – there's no question we should've been in the .56, .57, .58 range with both these Mopars. We ended up qualifying eighth and ninth with .60 and .61, which put Erica and I together."

"We made a little bit of traction in Epping," Coughlin said. "The team has been working extremely hard and putting their minds together to fix all three of our cars. The Chevy is clearly responding with Vincent (Nobile's) program, and we're feeding off that.

"What we've done there, we've logically thought would carry over to our cars, and it did to a degree. Now, we've got to find another direction with the Mopar side."

"We're still just scratching our heads," Coughlin said. "We've got some extremely intelligent engineers and professional people on this team, and to see some of the head-scratching has been interesting to say the least.

"We know our partners, Carl Foltz and CFE and Elite Performance, we'll get this. We've got a big week ahead of us before Bristol that we plan on doing a lot of in-house testing, which we've had the good fortune of it carrying over to the track. Stay tuned, and we look forward to Bristol."