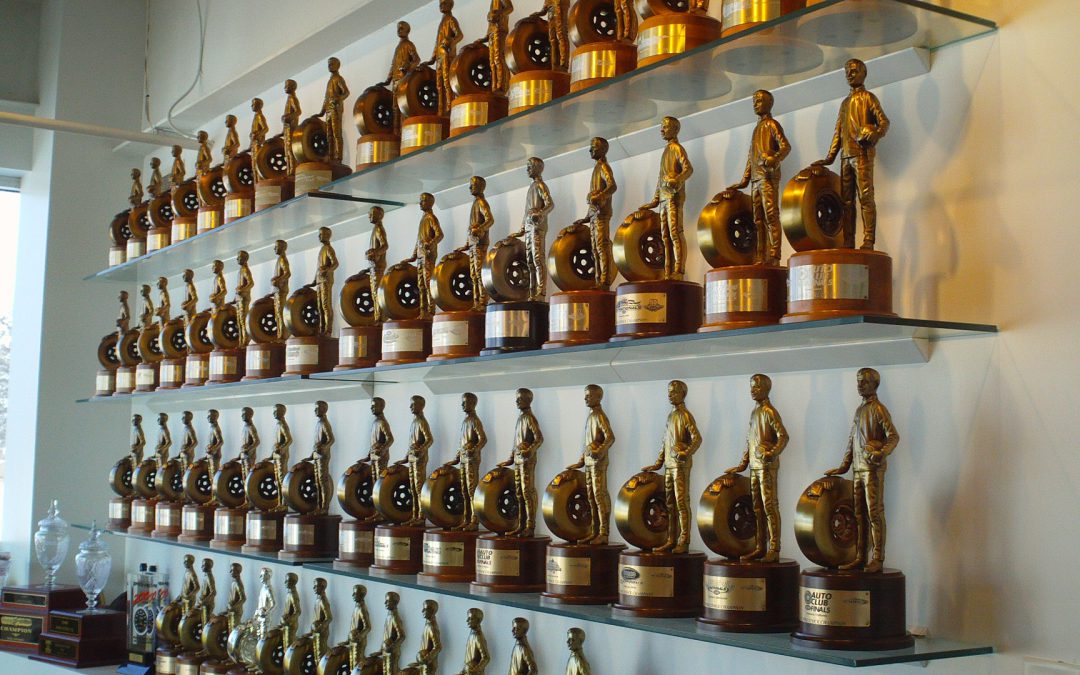 Click here to listen to the interview. MODERATOR:  We welcome the media and the drivers who are joining us to today’s teleconference to preview the 58th annual Mac Tools U.S. Nationals presented by Auto Plus.  The world’s most prestigious drag race will be held August 29th to September 3rd at historic Lucas Oil Raceway at Indianapolis in Brownsburg, Indiana.  The race is the 17th and final regular season event.  It is the last chance for drivers to qualify for the top 10 and secure a spot in the Full Throttle Countdown to the Championship, NHRA’s six race playoffs, which begins September 14 to 16 at zMAX Dragway in Charlotte, North Carolina.

On today’s teleconference we will talk with some of the “Bubble Boys” who are looking to grab one of the final playoff spots in their respective categories at the Mac Tools U.S. Nationals.

MODERATOR:  We are also joined by the four time Pro Stock world champion, Jeg Coughlin, driver of the JEGS.com/Mopar Dodge Avenger. Jeg has had one runner-up finish this season and five quarterfinal exits this season.  Jeg, as a four time champ in the class, this is kind of rare territory for you to be battling to make it into a Top 10.

JEG COUGHLIN:  It certainly has been a building year for us, which I don’t think we anticipated this much of that kind of effort. But you know, as Larry has mentioned and as you’ll hear with all of the professional classes, the competitiveness right now in the sport, in NHRA Drag Racing, is really second to none. When we look at the lineup, as you mentioned, from Shane Gray to myself, Ronny Humphrey, and even Roger Brogdon is a little distant in the 13th spot, there’s still mathematically a lot of really good drivers, really good teams that are capable of getting into this elite Top 10 Countdown for the Full Throttle Pro Stock championship. I can tell when you we started our new program and our alliance with Mopar and JEGS in 2012, that we want to have this car in that Top 10; and as Larry echoed, we have got some big plans the first of the week before we head over to Indy and trying to get the efficiency of our car to behave a little better in the first, really, 200 to 300 feet.  We are running the back half pretty well, meaning we are showing good speeds and horsepower, but our acceleration and the way we are navigating the front of the track has been lacking. The Countdown, it’s doing exactly what we have designed it to do, and that’s create some excitement, create some drama and show the fans in the sport that there’s a lot going on at all times. And that’s I think what’s exciting at this point when you talk to myself, and here we are on the outside of this bubble, looking to climb in there and we have been in situations like this, volleying for world championships, and it feels no different, I can promise you.  It’s going to be exciting.  The granddaddy of them all, the U.S. Nationals, is going to be worked up more than ever this year, certainly in our camp, and we are looking to go in and make no mistakes and get our program in the Top 10 and go for this championship.

Q:  Jeg, you’ve proven to be master of the Countdown format in recent years as two of your titles have come in Countdown seasons.  You’ve been in the playoffs four times, you’ve had countless big pressure races during your career in many different categories of racing.  How will all of that experience help you going into next weekend?

JEG COUGHLIN:  You know, when you look back, you would say it’s worked out pretty well and as you look forward, you challenge yourself, you challenge your team to go out and try to make that zero tolerance effort, make no mistakes; that’s in the pit area and that is in preparing the car and that’s in the tune-ups and that’s in the set-ups.  Then they have to put me behind the wheel and try to let me get out and do my thing in a class and in a sport that’s separated by 10,000th of a second. It can be anyone’s game.  On the optimistic side, we looked at win lights; first we have to get qualified, qualify well.  Don’t let me get the cart before the horse here.  We need to turn some win lights on Monday. I can remember 2007, first year of the Countdown, winning on Sunday at Pomona, in front of an amazing crowd is probably one of the more electrifying events in my career.  And I can tell you I’m feeling a lot of those things going on right now within myself and our team.  Stay tuned.  It’s going to be awesome.

Q:  Jeg, your family has had a lot of success at Indy; does that give you confidence going to that track?

JEG COUGHLIN:  Confidence is certainly at an all time high right now, I feel great behind the wheel, which is real exciting.  If we can improve our performances on track, obviously that can answer a lot of questions. Indy has been a great track for us, I can recall, think it was ’75, when it felt like 110 degrees, I was five years old, cheering my dad on in the Alcohol Dragster class and I have not missed many since then.  It’s going to be a good event, so I think confidence is high right now.

Q:  I wanted to ask you about (points leader) Allen Johnson, and Allen has certainly been in this a long time, but certainly having quite a season.  What is he kind of going through and can you talk about when you have that success, even with this format, it certainly doesn’t guarantee anything once the playoffs start?  How challenging is that?

JEG COUGHLIN:  Well, I think that’s probably first and foremost, the Countdown format has certainly played that out many times since 2007 where the frontrunner throughout the season ends up falling on a little hard times in the six race Countdown, and voila, they are out of championship contention.  That’s the game we sign up for and you have to be prepared for the format. I think AJ right now, they have obviously a lot of horsepower and they are doing a really good job of using it efficiently, and not just on Q1, not just on Q2; throughout the entire event. They have certainly racked up a great record this year in 2012 thus far, and they I’m sure would say they have missed a few opportunities, too, as quick as they have been.  Nothing more than any of us on this call and any of the classes would like to be the front running car and earning the No. 1 for the session bonus points.  Those are huge, as well.

But I think the format is playing out as it should, and it will be interesting to see how Indy shapes out and then as we start the Countdown in Charlotte, it’s a whole new ballgame at that point, and the intensity, race to race to race, the way it elevates, is really pretty special, actually.

JEG COUGHLIN:  You know, you’ve got to have a great team behind you.  You have to have great confidence in your crew and crew chiefs in making the calls to give you as a driver the confidence to get behind the wheel and do what you’ve got to do. In our case, we have always been a fast car and we have never been a dominant car like AJ is right now, or like some of the KB cars have been in the past. So I had to just fire myself up in different ways, knowing if I might need a hundredth, or two or three off the starting line, what the game plan is going to be; to wave that wand so to speak.  You have to keep focus and that confidence level high to be able to get out and perform; and you have to have the team behind you to push you down the racetrack in that manner.

Q:  This time of year in baseball, they always start scoreboard watching, and looking at the team they have to catch to make the playoffs and what they are doing on a given day.  So in this situation, when you get to the U.S. Nationals, and especially when you get to the eliminations, are you looking at the other guy you’re trying to catch to see what he does, and does that affect the setup of the car and things you may change, depending on where the guy or guys are that you have to beat to get in the Countdown, how they are running that given moment; is that different from other events as a regular season goes along?

JEG COUGHLIN:  It’s hard to go into a situation as we have watched it the last several weeks, to go in there with blinders on and stay 100 percent focused to see how things unfold. You don’t wish any evils on any of your opponents, but you are certainly are in it to win it yourself.  And I think as Larry and many have said this week already, every point is going to count.  It’s the final race.  We need to win some rounds.  And I know in both of our cases, we are certainly capable of it.  And that’s what’s going to make it exciting.

Q:  For both drivers, I wonder what your thoughts are on the U.S. Nationals, being the last race before the Countdown — is it good positioning for that race?

LARRY MORGAN:  I think it is.  I mean, you’re coming down to the end and I believe it’s probably the best time.  I mean, you add one part and start another.  I think that’s what this whole Countdown is about.  I think it’s great myself.  I’m sure Jeg feels the same way.

JEG COUGHLIN:  Yeah, I would echo the same.

Q:  For Jeg and Larry, talking about the U.S. Nationals, it’s a big thing, and having to go rounds to stay in to get into the playoff and Countdown; fans don’t always get to really feel that.  They get to watch all these events, but is there a special way you prepare for that?  Could you kind of take a fan through what you go through to try to handle the extra pressure?

JEG COUGHLIN:  Certainly a good question.  Putting myself in a fan’s perspective, you know, you’re rooting for a number of teams or your favorite driver, and in my case, I’m outside of this Top 10, and to put them in kind of a front row seat, I mean, it’s a make or break situation. It’s just like a round in NHRA drag racing, if you don’t turn the win light on, you’re done.  I think that’s what Larry echoed a minute ago and what I would again here.  It is that cutthroat right now, it is that intense, and, you know, you just need a little lady luck.  You’ve prepared all year to put yourself in a position to be in the Countdown, and you just have to put your best foot forward and see how things turn out.