Jeg Coughlin Jr. off to a fast start with new Dodge Dart GT 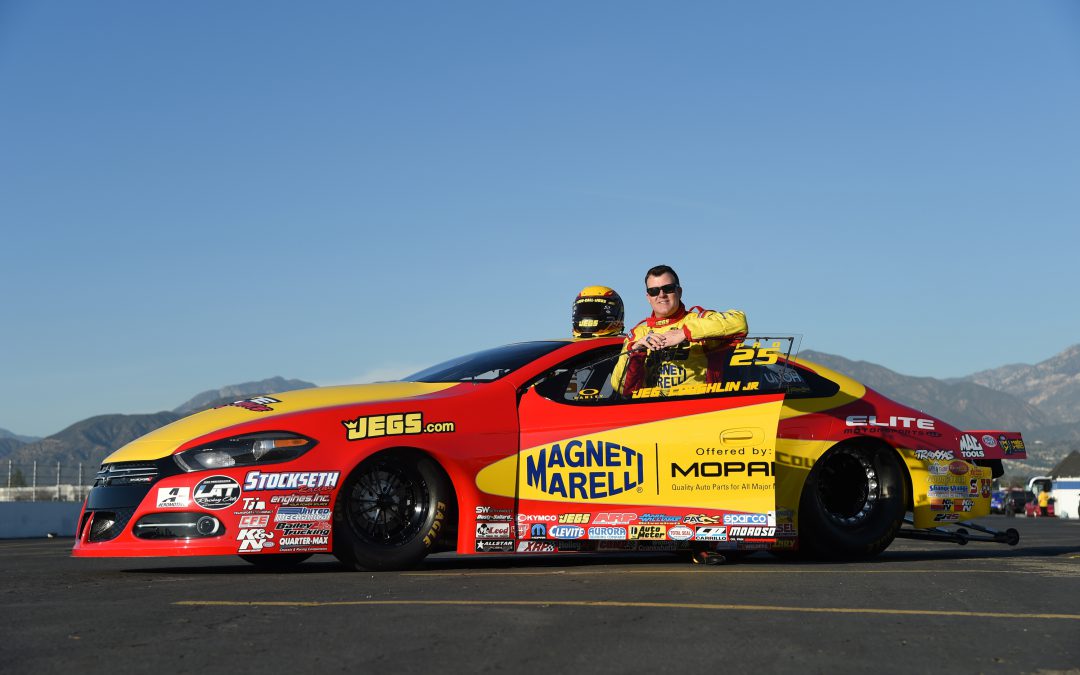 POMONA, Calif. (Feb. 12) – Jeg Coughlin Jr. kicked off his first season with the Magneti Marelli offered by Mopar/JEGS.com Dodge Dart GT in fine fashion, driving to the provisional No. 4 spot after two rounds of qualifying for the Circle K NHRA Winternationals on Friday at Auto Club Raceway at Pomona.

Coughlin joined Elite Motorsports for the full 2016 Pro Stock season, and the two-car team of he and two-time champion Erica Enders switched to Dodge. After a whirlwind off-season, Coughlin was pleased with the start to the season.

"I'm pretty fired up, quite frankly" Coughlin said. "We dyno'd our second engine in my car at Phoenix, and that's the one I'm running today. It's really a remarkable effort, We have got to give kudos to the guys at Elite Performance, especially (engine builders) Nick Ferri and Jake Hairston, and to Richard Freeman and the entire team. And we have to thank everyone at Mopar and SRT Engineering for working with our group and getting us this far."

"We've made two runs, and both of them went A to B," Coughlin said. "We had some little issues, but this is pretty much a 100 percent new program. It's a brand new car, and it's got some new technology on it that (crew chiefs) Rick and Rickie Jones have come up with. There are some things they're looking to fine-tune going into Day 2 of the 2016 season."

Coughlin and his team tested at Wild Horse Pass Motorsports Park earlier in the week, making some of the first runs with the new car.

"Monday was a collective, organized scramble," Coughlin said. "Tuesday calmed down a little bit, with a lot going on still. Wednesday, things were smoothing out a little bit better, with the team jelling better together. The Hemis were running well, we were completing our runs, and things were going in the right direction.

"We’re not where we want to be. We're extremely happy where we're at, given everything we've done. We're really looking forward to the coming days to finish out Pomona. We'd love nothing more than to challenge for this race win. I think we're capable."