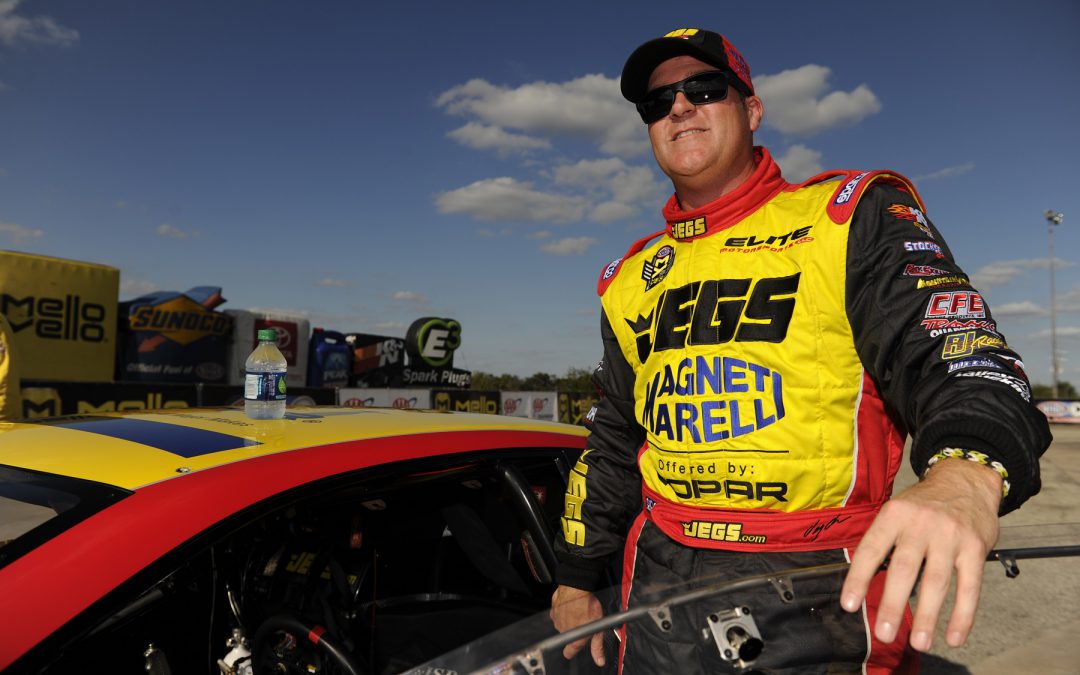 LAS VEGAS (Oct. 24) — Only two drag racers have found more success at The Strip at Las Vegas Motor Speedway than Pro Stock world champion Jeg Coughlin Jr., and as the NHRA tour returns to Sin City for this weekend's 16th annual NHRA Toyota Nationals, the pride of Delaware, Ohio, is hoping for some luck so he can add to his Vegas legacy.

"We'd love to be in the title race and have a car right now that we know can win this race but that's not necessarily the case this time through," Coughlin said. "Having said that, we are a team that never surrenders so we will attack this weekend with the same enthusiasm and dedication as any other race. We still have a burning desire to win.

"Whenever you race at a track where you've had success in the past, there's a real level of comfort. You have great memories to reflect on, and in our case, my brother Troy and nephew Troy Jr. have had some great moments at The Strip as well, so the good vibes are palpable."

Coughlin has five national event victories at the facility, having won the Spring race in 2000, 2001 and 2009, and the Fall event in 2002 and 2008. Only Top Fuel driver Tony Schumacher (8 wins) and fellow Pro Stock multi-time champion Greg Anderson (7 wins) have had more success at The Strip.

Admitting that a sixth victory will be tough to acquire, Coughlin and his Magneti Marelli offered by Mopar/JEGS.com Dodge Dart race team have a game plan for success.

"The last race in Dallas we tried some new things with the Hemi powerplant that didn't necessarily improve our performance so we're reverting back to a tune-up we used in St. Louis and Reading that was decent," the six-time world champion said. "If we can qualify mid-pack again and make a few good hits on race day we could put ourselves in a good position.

"We'll have fun either way. Vegas is a destination race for the fans with all the attractions of the adult playground just down the road so everyone tends to be a good mood. Plus it's Halloween weekend so it should be a little crazy."

When he's not in his own racecar, Coughlin will be cheering for his brother Troy, who is trying to win a second consecutive and third overall Pro Mod title.

"He's solidly in second, just like last year, and we're hoping he can come from behind and lock up another one," Jeg said. "He's been on such an impressive run, winning two titles and coming in second two more times over the last four years. That's stout in any pro class and I'm proud of him and the JEGS.com team over there. We will be cheering hard for them, for sure."