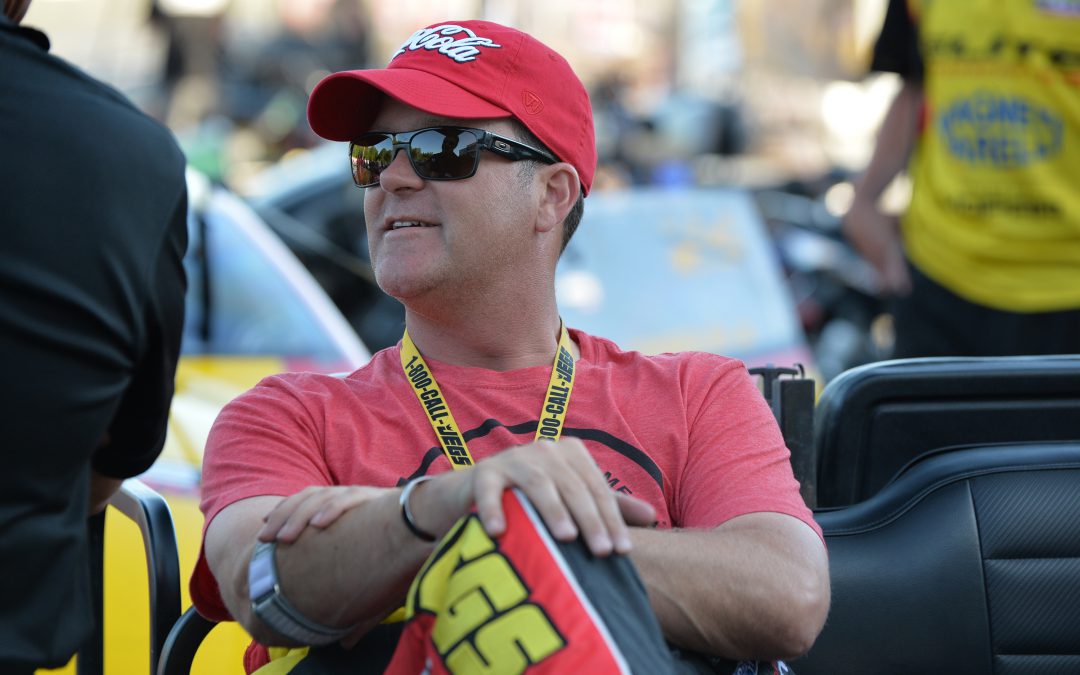 That's one of the big benefits that Jeg Coughlin Jr. was able to deliver to his Magneti Marelli offered by Mopar/JEGS.com Dodge Dart team on Sunday when he beat Drew Skillman in the first round of the 36th annual NHRA Southern Nationals at Atlanta Dragway.

Coughlin snapped a three-race streak in which he had lost in the first round — twice to Skillman — with a pass of 6.648 seconds at 208.17 mph. Coughlin had gone red against Skillman in Houston.

"We came back this week and certainly wasn't going to do that," Coughlin said. "We felt like we had a car that could get down the racetrack with all the air changes and track changes that we saw today. It feels good. I was surprised we were the only one of our Elite Motorsports drivers to advance."

In addition to Skillman, Elite drivers Erica Enders and Vincent Nobile also fell in the first round. Coughlin then did his best against eventual race winner Jason Line in the second round, as his .061-second light gave him an immediate advantage, but Coughlin's 6.669 at 208.36 mph wasn't enough to hold off Line's run of 6.585 seconds at 211.03 mph.

"We just had a little misstep in the second round," Coughlin said. "We made it down the racetrack, unlike anyone else but the two KB cars. We did muscle it down through there. We look forward to the week to come. Hopefully, the team can take away some positive results to bring to our program going into Topeka (Kan.)."

Coughlin knows there is progress being made by his Elite team as it develops the new Dodge Dart with fuel-injected engines.

"We felt like we've made progress, even though we're not showing it on the racetrack yet," Coughlin said. "I do feel like the team is making progress, and there's no question they're working extremely hard on trying to get our two Dodges and Vincent and Skillman's car running quicker.

"We've got to keep our head up, keep everything together, and keep things maintained. We've got a long stretch of races here in the next two months. If we can get some success here with horsepower that some of our competitors have, then that could put us right in the thick of things. That's what we're going to work on this week."

The Topeka race next week marks the second of six in a seven-week stretch.

"We've got Topeka in just a few days from now. We've got big plans to do some more dyno testing, some on-track testing," Coughlin said. "We don't make any more hours in the day, and they're working most of them, mentally and physically."