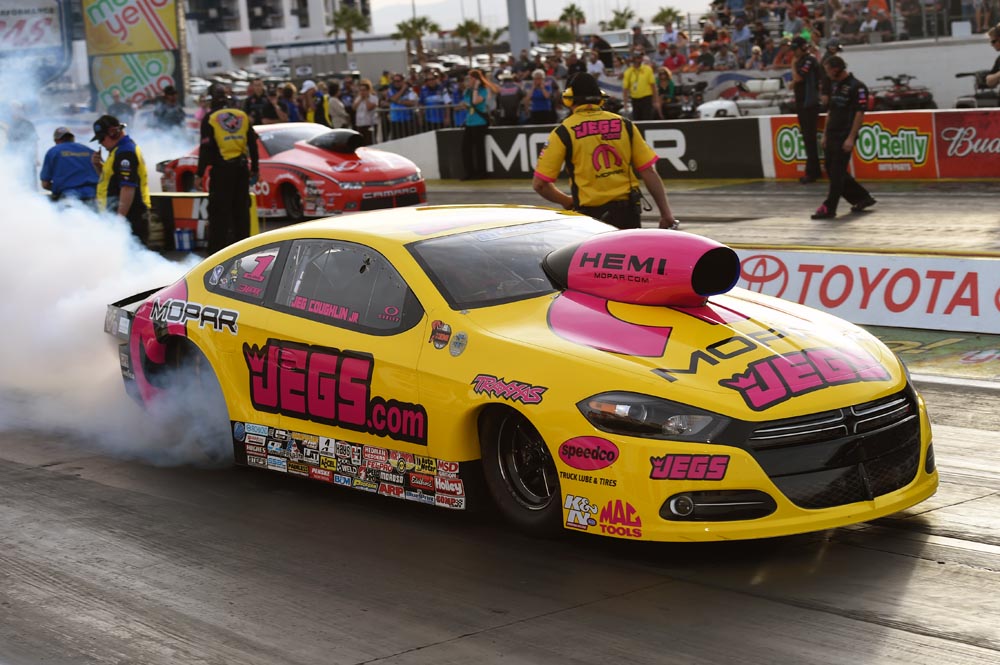 Coughlin came up short, though, in the final round, dropping a close race to No. 1 qualifier and points leader Erica Enders-Stevens.

"Obviously the whole Elite (Motorsports) team had their act together there by Q4, and they were strong all day today," Coughlin said. "We had a car that could run with them there in the finals. We were just about a hundredth behind them in performance.

"I let my foot out on the clutch and I was thinking, 'Son of a gun, I didn't hit it as well as I wanted to.' I knew it was a .020 or somewhere around there and obviously didn't have any idea what she had. As it turned out, she put down a nice package."

"I'm real happy for the team," Coughlin said. "We've had a nice rebound after one little stumble there in Reading. Since then we've had a good car to drive and a nice, raceable, fast car."

That pitted him against teammate Allen Johnson in the second round, and both drivers were on top of their game. Coughlin left first with a .004 light, edging ahead of Johnson's .013 reaction time.

Coughlin and Johnson are now tied for fifth in the points standings, as Coughlin moved up three spots with his final-round appearance.

"We'll move to Pomona," Coughlin said, "and see if we can't sneak a win under our hat before we leave."

The 2014 season comes to a close with the Auto Club NHRA Finals on Nov. 14-16 at Auto Club Raceway in Pomona, Calif.