Jeg Coughlin Jr. ready for all Brainerd drag race has to offer 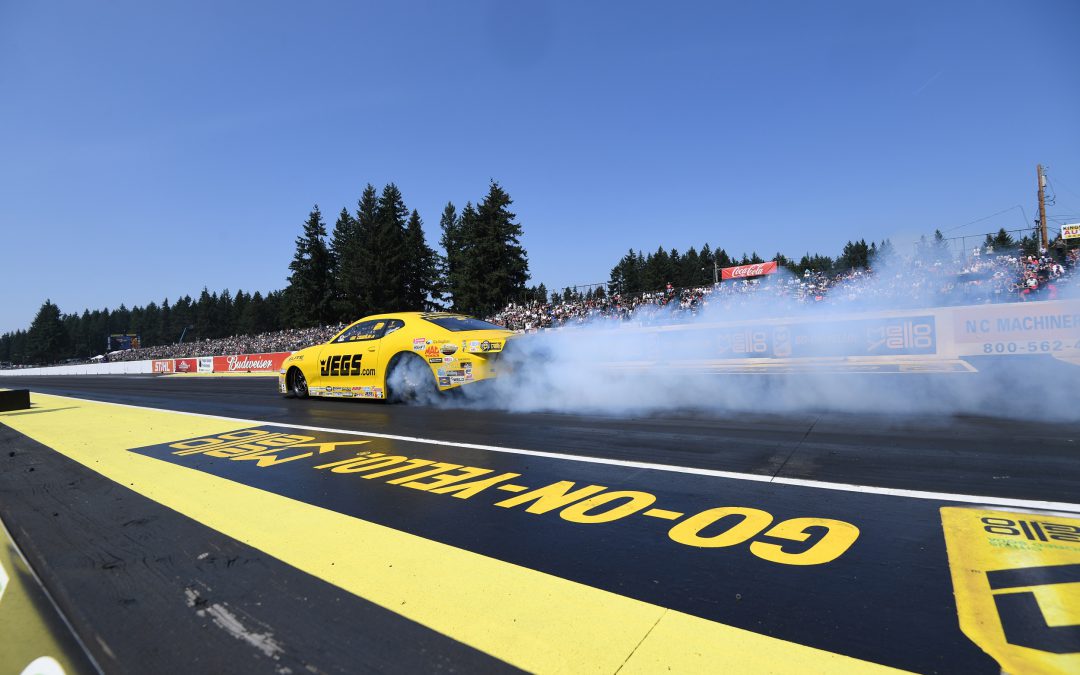 Apparently, the party will continue this year, but we'll have to tune into the Fox broadcast to see the plot play-out as Coughlin, Torrence and Massel returning to the scene of last year's shenanigans for what's sure to be another regrettable night with the wild denizens that call BIR home for race week.

"We had a lot of fun filming a segment for FOX TV last year and they tell me we're going back for more this time through," Coughlin said. "Of course, it was all a big goof but the piece they put together really gained a lot of attention and actually came out really well. In essence, it's a reminder to everyone who loves this sport to make sure they always have fun at the races, and trust me the fans at Brainerd know how to have fun.

"Brainerd is a very special and unique stop on the NHRA tour because people line up days before we ever get there to enter the Zoo campground and stake out their favorite spots. Year after year we see the same crazy guys and girls driving around in all kinds of homemade vehicles just enjoying the experience to an extreme. They're as passionate about having fun as they are about racing."

"Obviously, we've had some great times here in the past and we feel very comfortable with the JEGS.com Elite Motorsports Chevrolet Camaro this year," Coughlin said. "We'd love nothing more than to add to our totals this weekend. We already know we're going to have fun; why not extend that to Sunday afternoon in the winner's circle?

"Rickie (Jones, crew chief) and the rest of the tuning brain-trust at Elite Performance have been giving me and my teammates great racecars with lots of horsepower at every event this season. We've had a win ourselves and challenged for more both with my car and all of my teammates. We've proven any of us can win at any time."

When not tripping through the Zoo or zipping down the racetrack, Coughlin will be glued to the TV to watch his son Jeg Coughlin III compete on the Mackenzie PGA Tour Canada in the prestigious Players Cup, which runs Thursday through Sunday at the Southwood Golf and Country Club in Winnipeg, Manitoba. Coughlin III will be paired with American Tanner Kesterson and Canadian Josh Whalen in Thursday's opening round.

"I'm very proud of J3 for putting in the hard work it takes to qualify for a tour event like this," Coughlin Jr. said. "The Mackenzie PGA Tour Canada has some top-notch competition and he'll certainly be tested at every turn but he's been practicing with a lot of motivation and I know he's very excited to get this tournament in before the start of his senior year at Ohio State. We all are excited, to be honest. Maybe we can pull off a pair of wins this weekend."