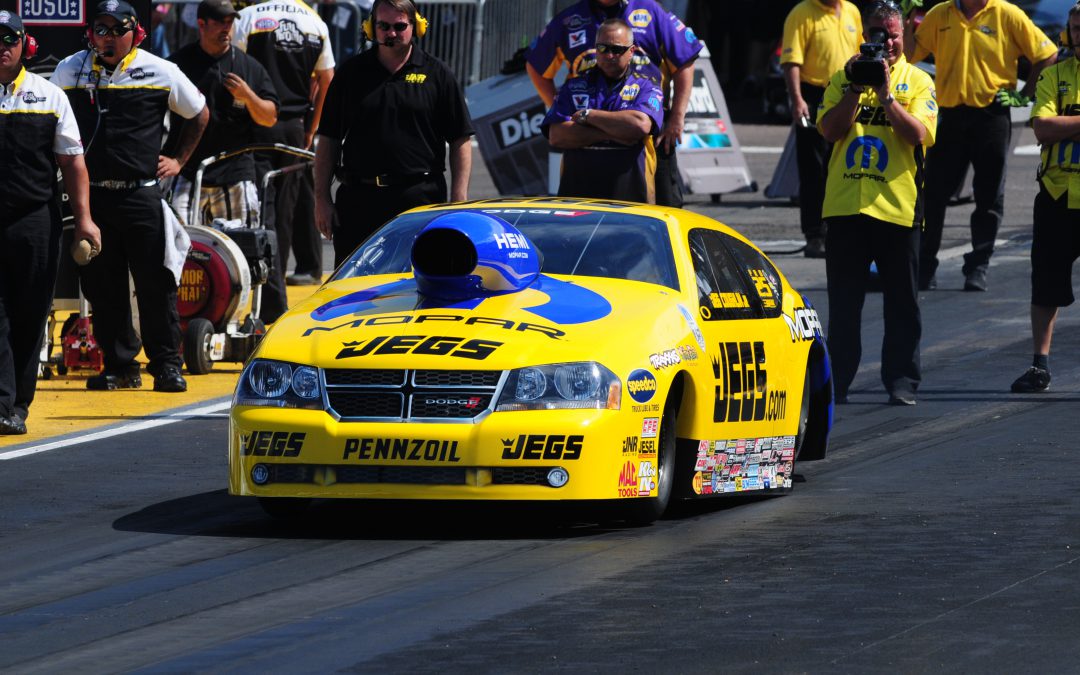 BRAINERD, Minn. (Aug. 18) – The battle for a Countdown spot in Pro Stock resumes on Sunday morning at the Lucas Oil Nationals for Jeg Coughlin Jr. and the JEGS/Mopar Dodge Avenger.

"There are a lot of battles with Countdown implications out there tomorrow," Coughlin said. "We feel like the JEGS/Mopar Dodge can get the job done and improve our position in the Countdown."

Coughlin faces fellow Mopar driver V. Gaines in the first round. Gaines qualified No. 7 with a 6.584 second pass at 209.75 mph. Coughlin is 10th in the Pro Stock points, 20 points (one round) behind eighth-places Gaines. Winning a round or two Sunday would be huge for Coughlin's efforts to make the postseason.

"Of course winning that many rounds is easier said than done in this class," Coughlin said. "It's been a building year for us, and we've not won rounds like we have in the past. But we've made a lot of progress in the shop and at the track here. The next step is to find another hundredth of a second or two and then we'll be back up among the elite cars."

Coughlin said the car unloaded pretty happy, and it's not required the big swings at the tune-up that have been required at other races this year.

"We're pretty happy with the way we started off," Coughlin said. "We had a so-so run in Q1, but we were able to mix it up in the second run and make some headway. With the way Pro Stock is right now, you can pick up a hundredth and jump by four or five guys.

"I'm feeling real comfortable in the car. It's been real stable. We've made some gains with the engine and it's now just a matter of pecking away at the setup."

Eliminations for the Lucas Oil NHRA Nationals get under way at 11 a.m. CDT on Sunday.