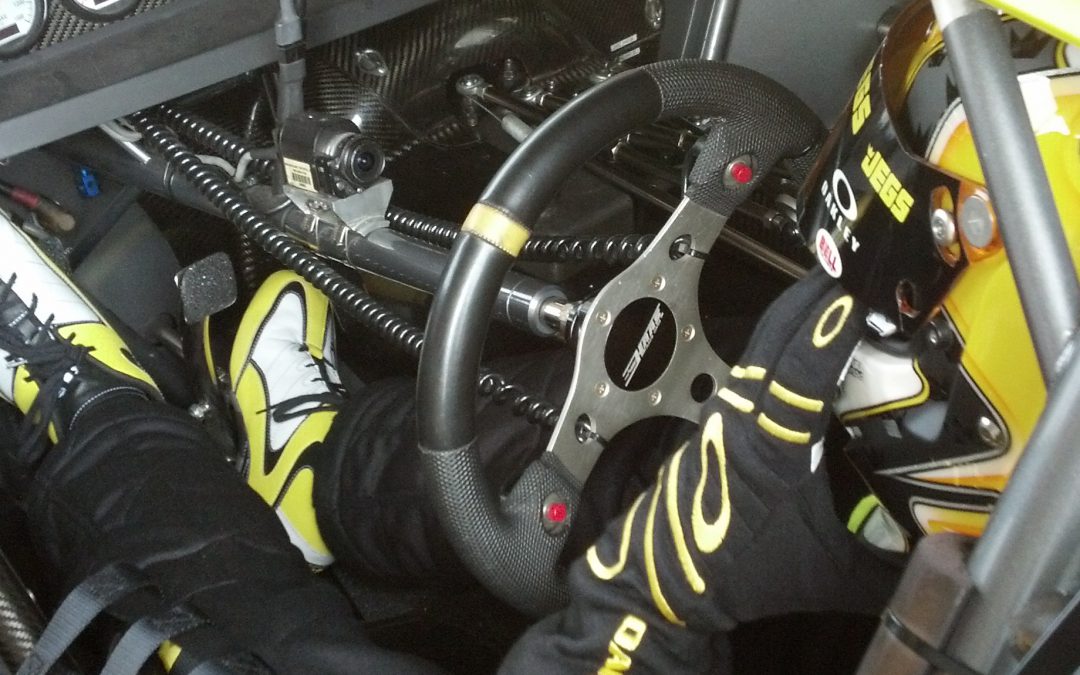 And they're JEGS yellow, of course.

"I ran them in Seattle, and we got second," Coughlin said. "Our friends at Oakley were kind enough to brew up a couple special batches of shoes for us. I've got some sweet black ones that they put together, and then these electric yellow ones, which are fun on game days like this."

Coughlin launches his game day drive from the No. 3 qualifying position. His best pass was 6.527 seconds at 211.20 mph in Friday's night session. But he made two other quick passes, including a 6.545-second run at 211.49 mph that was tops in the Pro Stock class in Q3 on Saturday.

"Going into game day in St. Louis, I feel really, really good," Coughlin said. "We made three really good qualifying runs through Q1, 2 and 3, and we were quickest this morning in Q3."

For the final session, Coughlin and his team tried a different tuneup, and while it didn't work with a good pass here, it could help down the road.

"We elected to risk the fourth session, knowing that we were not going to move around in the qualifying field," Coughlin said. "Yes, we could've stuck with our plan and possibly earned some qualifying points, but that was the risk we took. We ran a little different combination here in Q4 to get us ready for further down the road. Let's hope that risk is rewarded later on."

Coughlin came to Gateway second in the Pro Stock standings, only eight points behind leader Jason Line. With four bonus points earned via qualifying, he's cut that deficit in half.

"I'm feeling great behind the wheel," Coughlin said. "The car's been really nice to drive. As usual in Pro Stock, we've got a really tough ladder tomorrow, starting with my good buddy Greg Stanfield. We'll pick up where we left off last week in Dallas and come up on our best behavior and be ready to go the distance tomorrow."

Coughlin, though, is focused on one round at a time. He's not counting points at this point of the season, knowing points will take care of themselves if he goes rounds.

"You try to keep your head on straight and just go out and race well, race hard and race smart," Coughlin said. "I know the crew's doing that, and if I can get in there and do the same thing, I think we'll be in good shape. Last week, I kind of deviated from that plan a little bit personally, and I'm a big enough boy to admit and learn from it. I'm really looking forward to tomorrow and getting into this first-round matchup."