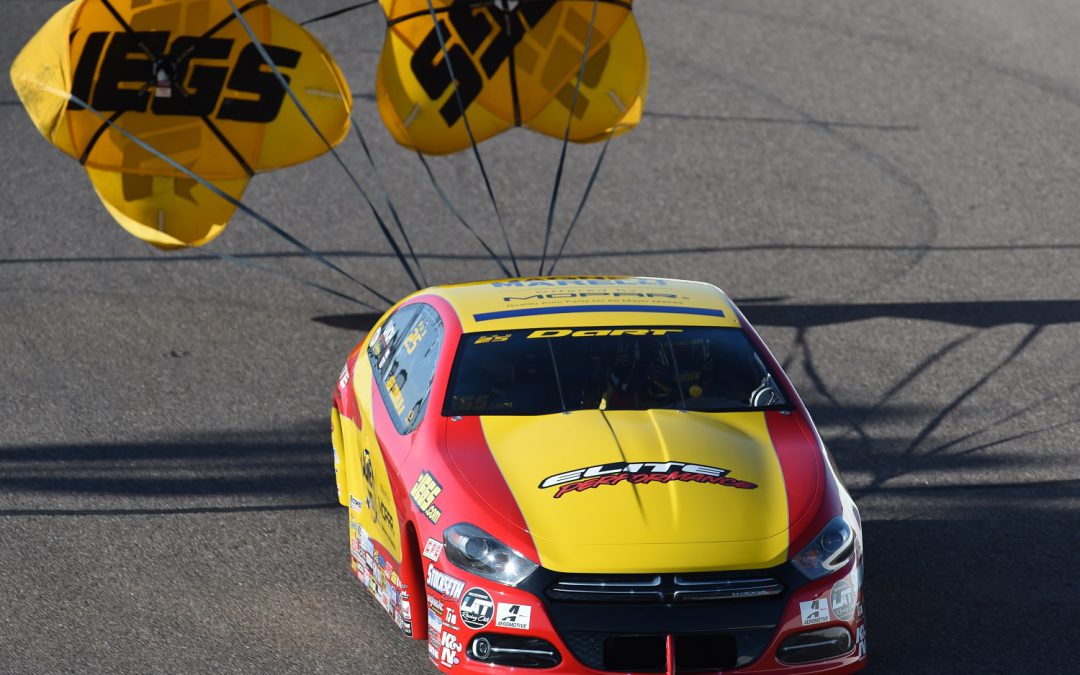 LAS VEGAS (March 29) – Jeg Coughlin Jr. and his Magneti Marelli offered by Mopar/JEGS.com Dodge Dart team are ready to take another step towards the top of the Pro Stock rankings at this weekend's Denso Spark Plugs NHRA Nationals at The Strip at Las Vegas Motor Speedway.

The five-time Pro Stock champion has won a single elimination round in each of the first three NHRA Mello Yello Drag Racing Series races, but Coughlin and his Elite Motorsports team want more.

"I know the capabilities of this team, and I know where we're headed," Coughlin said. "Our goal is to be competitive and to keep trying to light these win lights as we're getting better. We're going to challenge for race wins, and our goal is to challenge for the Pro Stock championship when the Countdown comes around. There's a lot of the regular season left, our heads are up, and we're ready to march forward."

Coughlin returned to full-time driving for 2016, just as Elite Motorsports was making the switch to Dodge. That change was also part of the upheaval of the Pro Stock class, as NHRA mandated fuel-injected engines limited to 10,500 rpms and shorter wheelie bars.

And while Coughlin's team might not be at the top of the charts performance-wise at the moment, Coughlin knows their time is coming.

"I have a feeling at Vegas we'll take a little chunk out of the performance (gap)," Coughlin said. "Maybe that's over-optimistic, but that's how I'm feeling about it."

In the meantime, Coughlin will try to continue his status as one of the top drivers in the sport. And that starts with a belief in yourself and your race team.

"You've got to keep your spirits up, keep confidence in your team," Coughlin said. "You've got to work with what you've got. If it's five-hundredths faster than everyone – which I've never had in my career – then you work with it.

"And you've got to keep in mind that when you get in that racecar, you've got to be on your best behavior. You've got perform well and you can't give up anything anywhere, anything in reaction time, anything in drivability, anything in the shifts. If you do all that, there's a good percentage chance you're going to turn on the win light, even against cars that may be quicker than you."

In addition to the regular national event this weekend, Coughlin will also be a part of the special K&N Horsepower Challenge race on Saturday. Coughlin earned a spot in the event through a fan vote, and he'll tangle with top seed Greg Anderson in the first round – which also stands as the third round of Pro Stock qualifying.