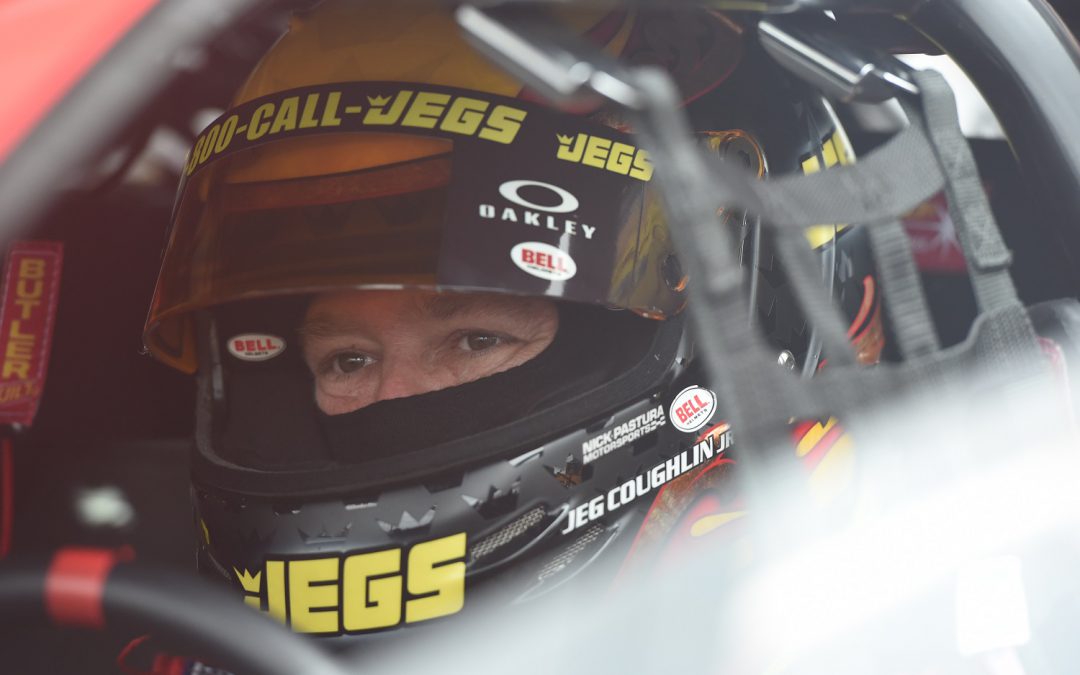 ATLANTA (May 10) — As the NHRA tour heads to Atlanta Dragway for the seventh race of the 2016 Mello Yello Drag Racing Series, six-time world champion Jeg Coughlin Jr. remains bullish on the potential of his Magneti Marelli offered by Mopar/JEGS.com Dodge Dart and the entire Elite Motorsports team, which he joined in the offseason.

While admitting his ninth-place ranking is below the team's standards, Coughlin says his 26 years of experience have taught him how to weather the peaks and valleys of long and grueling race seasons.

"There really aren't a lot of options other than to look at the team you're on and the people around you," Coughlin said. "With Elite Motorsports, I see a group of champions that took down the last two Pro Stock titles in a dominating fashion. When you step back and look at the big picture, it's really kind of easy to keep the faith.

"There isn't a person on this team that doesn't think we'll get these two Dodges running at the top of the charts. I know we'll get it sorted out, and when we do it'll be just as sweet as the past two years have been for Erica (Enders, teammate) and everyone else in this pit.

"Don't forget, this is a professional sport; it takes a heckuva lot to be on top."

"We're a work in progress at the moment, but as I've said multiple times, we have a lot of bright folks working hard for us," Coughlin said. "After Houston we had two more test sessions, and the engine guys are still hammering away on these Hemi motors on the dyno. There are lots of encouraging signs.

"In the end, the scoreboard is the ultimate guide, and we know we need to light that thing up a lot more to be happy. The scoreboard doesn't lie. I will promise you this: No team is working harder than this one."

As past titlists, Coughlin and teammate Enders will both arrive in town early for Coca-Cola's annual Night of Champions.

"It's always a special time and a great opportunity to spend time with the wonderful people at Coca-Cola who have supported our sport for so long," Coughlin said. "It reminds us of the ultimate goal we're all fighting for every weekend. I'm honored to be returning to this very unique celebration."