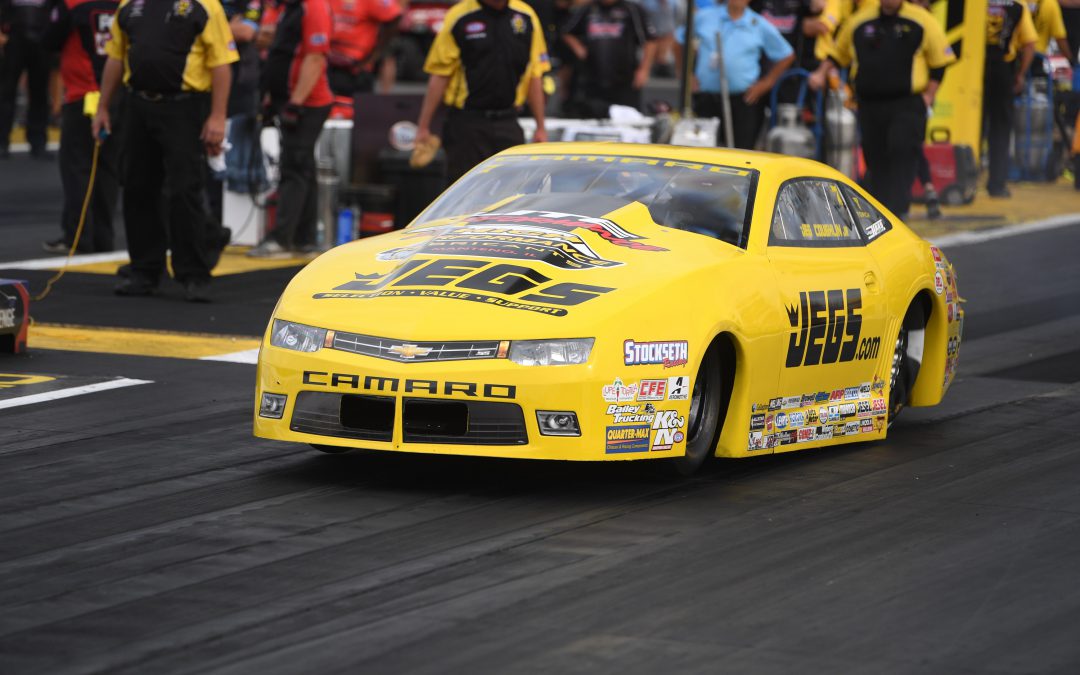 Currently fourth in the points but within striking distance of the class lead, Coughlin arrives at the Texas Motorplex with the hottest car in the category having qualified No. 2 at the playoff opener in Reading, Pa., and No. 1 at the tour's last stop in St. Louis.

"I really like the momentum we have right now," Coughlin said. "It's pretty simple; we have four races left, one of which awards points and a half, so that means there are 18 elimination rounds left worth of points. We're just over a round out of second place and about four rounds out of first so it's time to win more rounds and win races.

"Our recent history this year, from May to right now, proves we know how to make up ground and everyone knows we have the car and team to do it. All we need is a little on-track luck on race day and we'll be where we want to be."

Coughlin reached the second round in Reading and the semifinals in St. Louis, lifting him to his current perch. If he can continue to earn bonus points in qualifying and match his 2002 win at this same track, he knows he can make the final stretch run extra exciting for his team and fans.

"This time of year is special for all of us because every round is so intense, and I include the qualifying rounds in that statement," Coughlin said. "There are points on the line every session and as close as Pro Stock has been we're all fighting for anything we can get.

"We'll just keep doing what we've been doing and try even harder on race day to dot all the 'I's' and cross all the 't's' and see if we can earn another brick in the winner's circle. It's Dallas in early October so we're expecting some heat and humidity but I have every confidence in this crew to give me a great racecar every time we pull to the line."

To draw attention to Breast Cancer Awareness, the hood of Coughlin's Camaro will display the logo of the JEGS Foundation for Cancer Research, benefitting the James Cancer Hospital and Solove Research Institute at Ohio State University.

Joining Coughlin in Dallas will be his nephew Troy Coughlin Jr., who has won three of his last four races to thrust his JEGS.com McPhillips Racing Top Alcohol Dragster into the national championship hunt. Having already earned the North Central Regional crown, Troy Jr.'s wish list has been reduced to one item — the TAD national title. Only Shawn Cowie remains in front of Coughlin's team with three races left to claim.

"Everything is working so well that our plan is to just keep the mindset that's gotten us to this point," Troy Jr. said. "It's such an honor to compete in this class with McPhillips Racing and to even be in this positon so late in the season. Shawn and that group are so good and we'll need to be perfect to have any chance but there's still some racing left to do so we'll focus everything on the next round and not get ahead of ourselves."