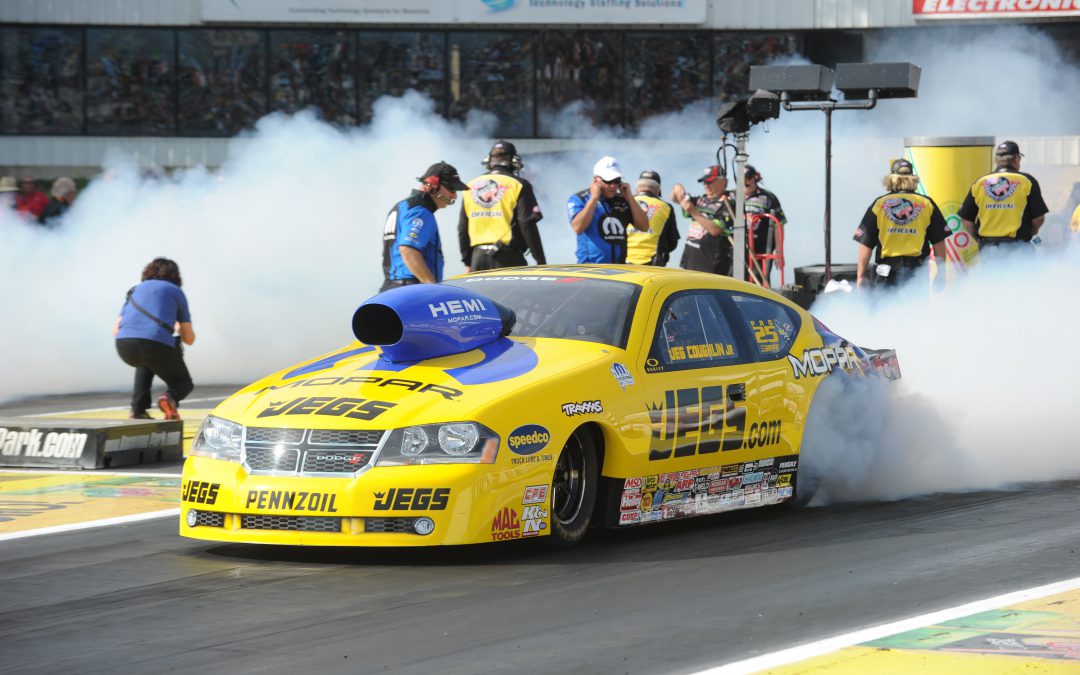 But that's just what happened at the Toyota NHRA Summernationals on Sunday at Old Bridge Township Raceway Park, where Coughlin fell in the second round to Jason Line.

"We've run really well the last four or five races," said Coughlin, who came to Englishtown fresh off a victory at Topeka. "The last time we shook the car pretty hard was Phoenix, and we shook it a little bit in Charlotte. It is kind of just part of the game."

After Coughlin knocked off Steve Kent in the first round, he left the starting line well ahead of Jason Line in the second round. But things didn't go well from there, and after saving his sliding car, Coughlin pushed in the clutch and coasted to a pass of 9.752 seconds at 96.04 mph.

Despite trailing Coughlin by .042 seconds at the Christmas, Line was able to advance to the third round with a run of 6.630 seconds at 209.30 mph.

"We had a big starting line advantage, and I felt like we could get a couple hundredths on him and run with him or at least within a hundredth of him and we would be getting ready for the semis, but that is not the case," Coughlin said. "So we will get ready and go root on (Pro Stock teammates) Allen (Johnson) and Vincent (Nobile) and my brother Troy in Pro Mod."

Coughlin qualified No. 5 here, marking the ninth time in nine races he's been in the top half of the field, but crew chiefs Mark Ingersoll and Jim Yates struggled to get a handle on the hot race track.

"This was just testy conditions and we just were not ever able to get the car happy this weekend, unfortunately," Coughlin said. "We fought getting the car to be efficient the first 10-15 feet, and when that happens it makes it tough to make up ET and speed. We really thought we would not go off and shoot our foot there that round. We just barely worked on the car from first to second round, wanting to come back and run a .62 in the second round. The back end kind of washed out when I let the clutch out and just started spinning pretty hard. It was unfortunate."