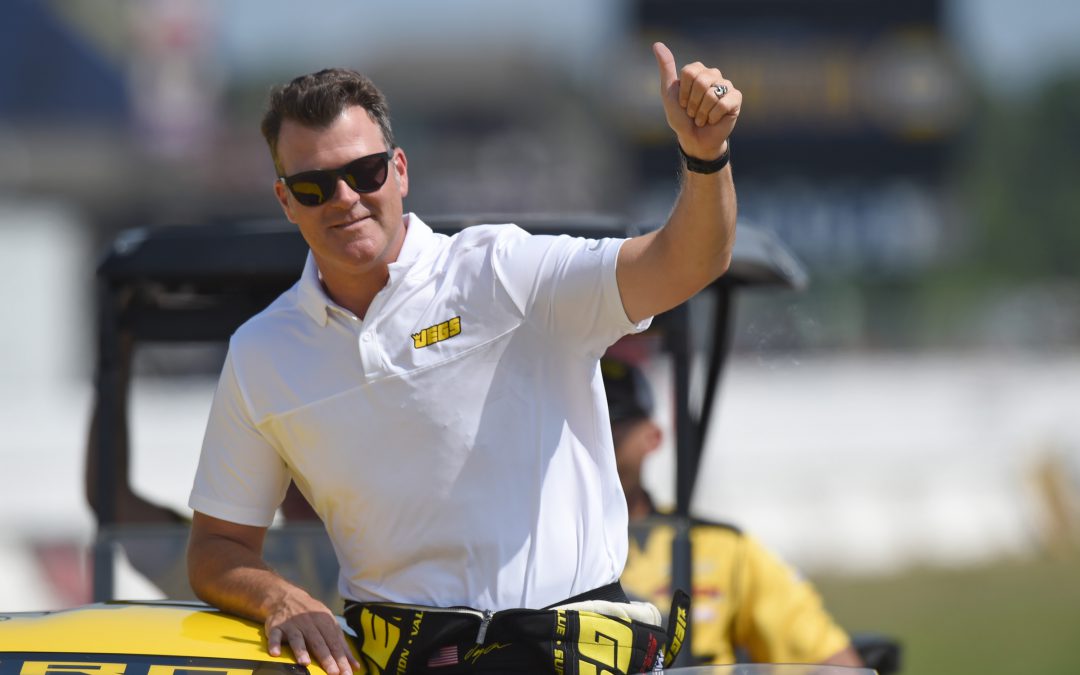 "I feel pretty good about everything," Coughlin said. "We started off with two decent runs Friday, tried a few things in Q3 that ended up taking us in a different direction, so we changed it up again for Q4 and feel like we made our best run in that round.

"We may have a different racetrack tomorrow. It's been in the mid-80s throughout qualifying but it's supposed to be down in the 60s when we start eliminations, which will be quite a bit of a shift for the Pro Stock cars. We like the cooler temperatures so I'm sure the crew chiefs will be going for it."

As for his time in the Zoo, Coughlin once again joined up with Top Fuel champion and current points leader Steve Torrence and FOX TV reporter Bruno Massel for some more shenanigans. Last year, the trio did an NHRA-themed remake of the popular movie "The Hangover," that aired during the FOX broadcast of the race and later became an internet sensation. This time around, well, Coughlin says fans are going to need to tune in Sunday and see for themselves.

"Last year we had quite a bit of fun in the Zoo with Steve and Bruno, so much so that we went back for more last night," Coughlin said. "I can't recall a lot of what happened but I do remember the FOX cameras following us around so I'm pretty sure it was all caught on tape.

"The main thig is that it was fun for the fans. They're the ones that make this race so memorable. Those folks out there in the Zoo are crazy and they always welcome all the drivers and crew whenever we go out there to party. This year was no different. We are having a blast."

When things get serious in Round 1 on Sunday, Coughlin will first face No. 12 qualifier Kenny Delco, who topped out at 6.663 and 206.20 mph. In their only head-to-head meeting this year, which took place in Gainesville, Delco beat Coughlin on a holeshot.