Jeg Coughlin Jr.’s fourth semifinal finish of the year lifts him to fourth in points 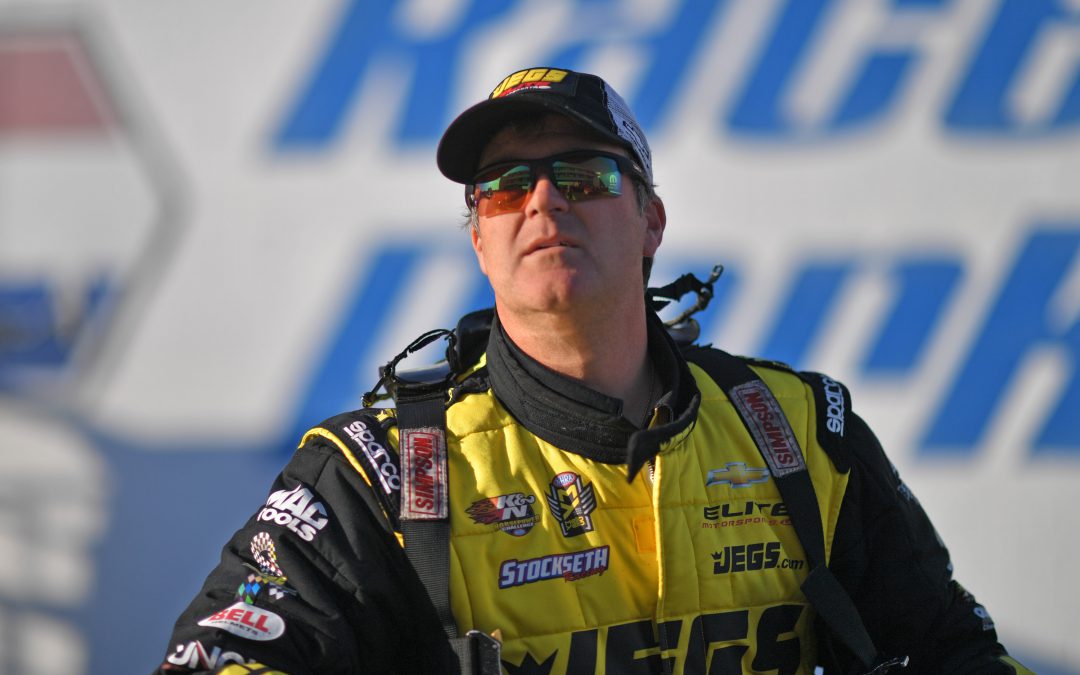 Coughlin beat Elite Motorsports teammate Erica Enders and privateer Alan Prusiensky in the first two elimination rounds before falling to another teammate, Vincent Nobile, in the semifinal round. His loss to Nobile was measured at .0137 seconds.

"I'm not disappointed with this weekend at all," said Coughlin, driver of the JEGS.com/Elite Performance Chevrolet Camaro. "We are running a new combination on my car that we implemented last week and honestly, we are still trying to sort it all out. It's real, real close, so we're not unhappy with this result a bit. We even added that combination to Erica's car this race. That's how much faith we have in it."

Opening the day against Enders, Coughlin was tested early as both drivers stayed side-by-side for most of the quarter-mile until Coughlin inched away near the top end to win by .028 seconds. The final numbers had Coughlin crossing the finish line first with a 6.611 at 209.82 mph to Enders' 6.635 at 210.67 mph.

Next, with a trip to the finals on the line against Nobile, both men had impressive reaction times — .017 for Nobile and .020 for Coughlin — and remained locked together until just past half-track when Nobile managed to gain a few thousandths of a second and take it to the finish with a 6.644 at 209.56 mph to Coughlin's 6.654 at 208.62 mph.

"The weather has been a real treat for everybody," Coughlin said sarcastically. "We had a tighter, cooler track on Friday, a little bit warmer Saturday and real hot one today. Even so, it really felt like everything was coming to us after the car being a little bit lazy the first couple of days. We were low for the round in E1 and ran well the second and third rounds. I think we have some good data to work with moving forward."

"Bristol is another fun stop on the tour," Coughlin said. "it's cool that Bruton Smith and his team have carried on the legacy of the Carrier family there because that's always a fun stage to perform on.

"We'll try to quickly erase what happened here. Of course, we are disappointed to get the loss but again but like last week, at least it was next to one of our teammates, so we'll cheer him on in the final and see if we can't get back-to-back wins for Elite."