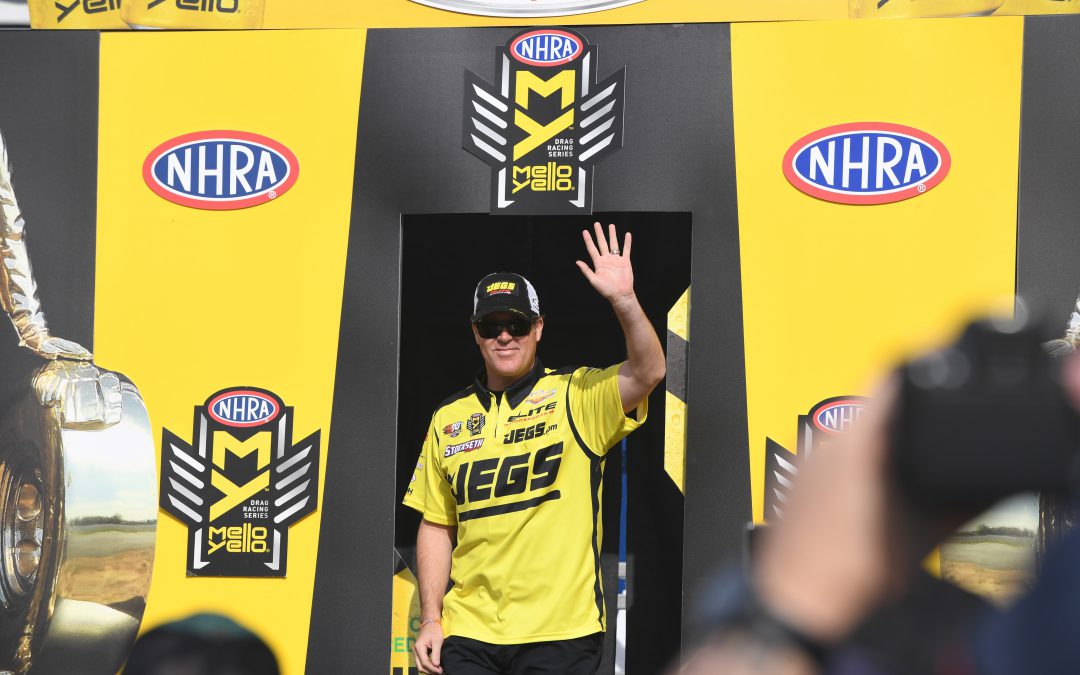 CONCORD, N.C. (Sept. 12) — The timing is right for Jeg Coughlin Jr. to begin his quest for a seventh NHRA national championship and sixth Pro Stock title at this weekend's 10th annual NHRA Carolina Nationals at zMax Dragway near Charlotte. The 76-time national event winner will be entering his 400th Pro Stock race this weekend, a mark eclipsed by just two other active drivers — Greg Anderson and Allen Johnson.

By chance, Coughlin's historic start comes at the beginning of the NHRA's Countdown to the Championship, a six-race playoff among 10 qualified racers to determine the 2017 champion.

"The Countdown represents a fresh start for everyone," Coughlin said. "It's the NHRA's version of the stick-and-ball playoff system and in the 10 years it's been around it's done exactly what they wanted, which is add a ton of drama to the end of the season. Most champions of this era haven't been crowned until the last race in Pomona (Calif.) so every year we're seeing battles right to the end.

"We've been fortunate to win this deal three times since they instilled the playoff system. We've started at the front and come up empty and we've also started from the front and a few rows back and won it all so we know anything can happen. It's all about how your team performs from Charlotte forward."

Coughlin and his JEGS.com/Elite Performance Chevrolet Camaro are ranked seventh on this year's playoff grid, placing him just 70 points off the lead. The points are reset at the end of the regular season, with each participant 1-10 separated by 10 points.

"A round of racing is worth 20 points so to suddenly be just three and a half rounds back is exciting," Coughlin said. "Of course, everyone else is feeling the same excitement and I don't expect the competition to let up at all. In fact, we know it will only ramp up from this point.

"We had another extensive test session after Indy and we brought in a few extra people to see if some fresh eyes might see something we may have been overlooking. It went extremely well and we did make some changes that showed some real results as far as the data goes so we'll work from this new platform in Charlotte weekend.

"Everyone at Elite Motorsports has worked tirelessly to get these racecars running properly but, as we all know, in our world you're ultimately measured by your results, not your effort. We'll be good and I'm super proud of this team."

Aside from his own racing, Coughlin will be cheering for brothers Troy and Mike, who are racing in Pro Mod and Top Dragster, respectively, as well as nephew Troy Jr., who is running Super Comp. Coughlin's in-laws, the veteran drag racers of the famous Kenny clan, also have some cars in action this weekend.