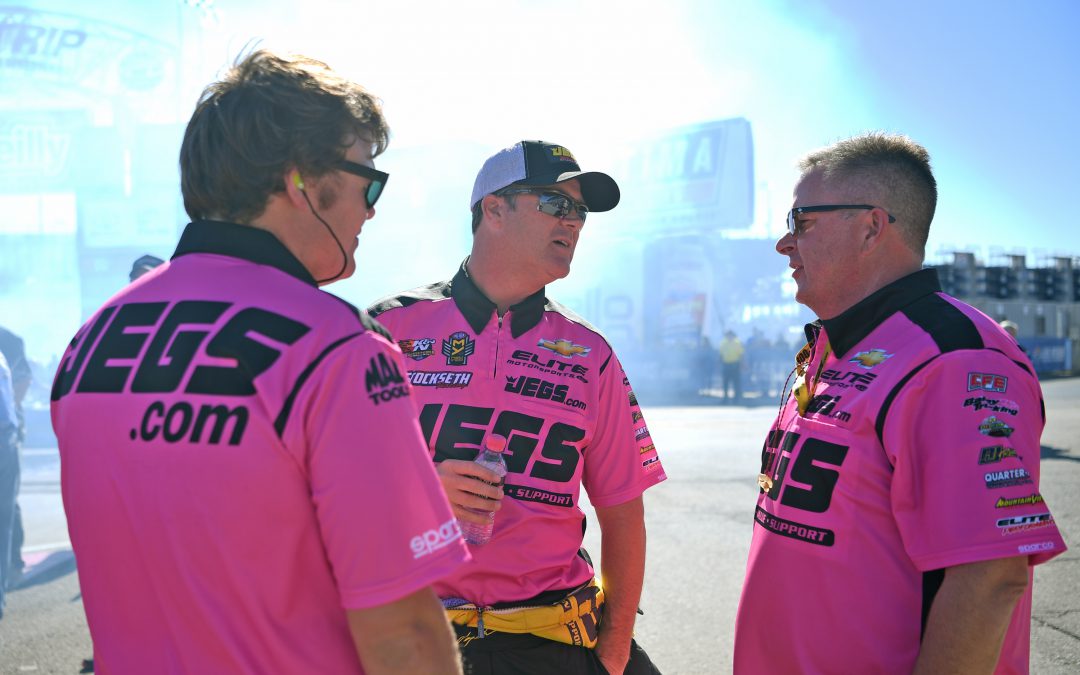 LAS VEGAS (Oct. 29) — Jeg Coughlin Jr. didn't ring up his seventh Las Vegas win this Sunday at the 17th annual NHRA Toyota Nationals but a strong quarterfinal finish in his JEGS.com/Elite Performance Chevrolet Camaro gave his race team a great boost as the 2017 season winds down.

"It felt good to have a racecar that went A-to-B every single round this weekend," Coughlin said. "These guys have been working extremely hard all year long and it's fun to see us enjoy a little bit of success here as the season comes to a close.

"We've been a top six, top seven car every round this weekend and that consistency is a testament to the effort put in week after week. I'm very proud of this group."

"It was a hundredth of a second race against Jason," Coughlin said. "We both left at the same time and ran very close all the way down. He just crept out on the top end and put a fender on us. That's the way it went. You can't hit rewind and do it again, as much as we'd like to at times."

Soon after his race weekend ended, Coughlin was on the starting line when Troy beat Mike Castellana to clinch the Pro Mod title.

"It was a great weekend for us and it was even better seeing brother Troy win the championship again," Coughlin said. "He's been on an incredible run these last six years with three championships and three runner-up finishes. That's incredible by any standard and I'm so proud of him and happy for that team.

"They fought through a lot of adversity and sudden rule changes where they sometimes didn't even have a day to prepare for the next race, making changes on the fly. It takes a strong team to work through all that and come out on top at the end. What a deal. I can't wait to salute them tonight at the Pro Mod banquet."