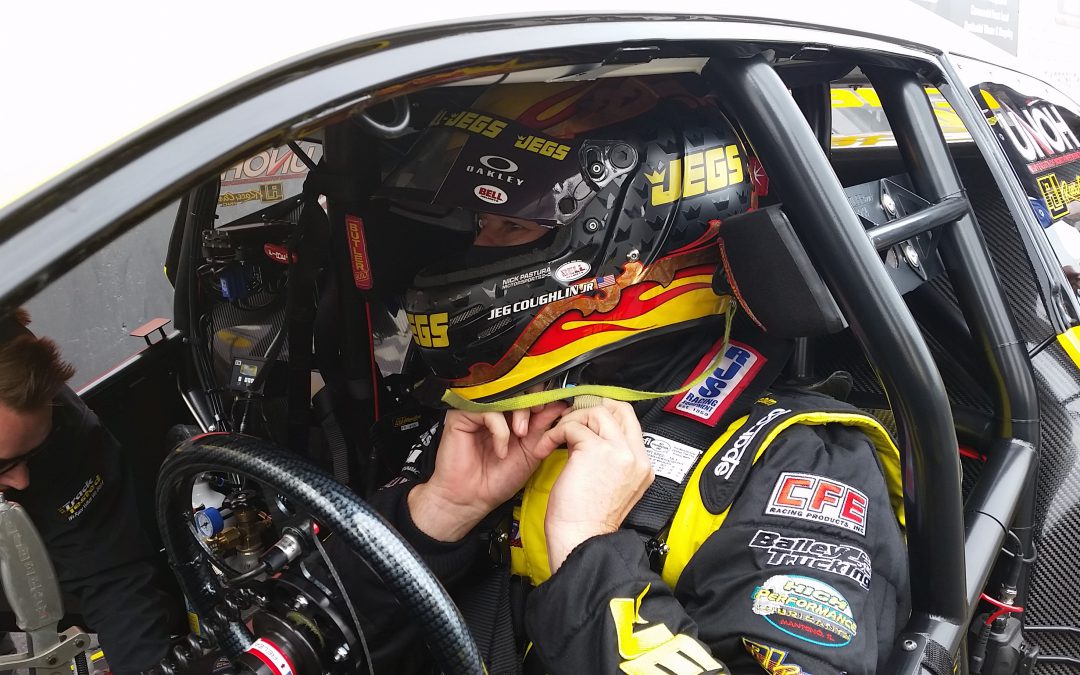 POMONA, Calif. (Feb. 7) — Pro Stock ace Jeg Coughlin Jr. already has a bona fide Hall of Fame resume with six world titles and 76 national event victories placing him amongst drag racing's all-time elite. But his multitude of accomplishments haven't dampened his desire to compete at the top level and when the 57th annual Circle K NHRA Winternationals begin this weekend in Pomona, Calif., Coughlin will once again be considered a serious threat to contend for the 2017 crown.

"It's a fresh start to another journey and we really like our chances to run for the championship with our JEGS.com Chevrolet Camaro," Coughlin said. "I'll be racing a brand-new RJ Racecars Chevrolet Camaro and I can tell you it's the nicest car I've ever driven. I never even sat in one of Rick and Rickie Jones' car before my three-race stint with this team in the middle of 2015 but the two I've driven since then have been really nice pieces.

"Having a new car, being back in a Chevrolet, being a part of this Elite Motorsports team that won back-to-back titles with Erica (Enders, teammate) in 2014 and 2015, having two very talented teammates in Erica and Vincent (Nobile), all of these things really have us excited."

Coughlin had a down season in 2016 running under another manufacturer's banner, finishing 10th overall with no final-round appearances in the factory hot rod class. But that should change, he says, now that the team is back in familiar surroundings with a sizable chip on its collective shoulders.

"There's still a lot to be learned with the electronic fuel injection and correctly applying the power these massive engines produce," he said. "Most of the guys on this team cut their teeth with GM cars and engines so that will help a bunch. The biggest challenge last season was the 10,500 rpm limitation. We just never found a happy place with the motor at that rpm. We all believe we've got that fixed this time through.

"It's going to be exciting and I know this team is anxious to get back on top and contend for race wins and championship trophies once again. The beautiful thing about drag racing is the quest for those trophies never ends. It's a battle every season in every class and certainly Pro Stock will be as tough as ever this year."

Doubling his chances to win this weekend, Coughlin also will contest the Super Gas category in his JEGS.com Corvette Roadster. When he's not racing one of his cars, he'll be cheering on his nephew Troy Coughlin Jr., who is making his professional debut in Top Fuel, and his brother Mike Coughlin, who is racing Top Dragster.

"It's another family weekend and we like those a lot," Jeg Jr. said. "It's always fun to race with Mikey and T.J. is over the moon to be in Top Fuel. It'll be fun watching him develop.

"I always say the Winternationals are extra special because you roll through those gates and everyone, at least for a moment, is tied for first. We all have big dreams right now, and that's exciting."

Pro Stock qualifying sessions are scheduled for 12:30 and 3:30 p.m. PT, Friday and Saturday, with eliminations starting at noon PT, Sunday.