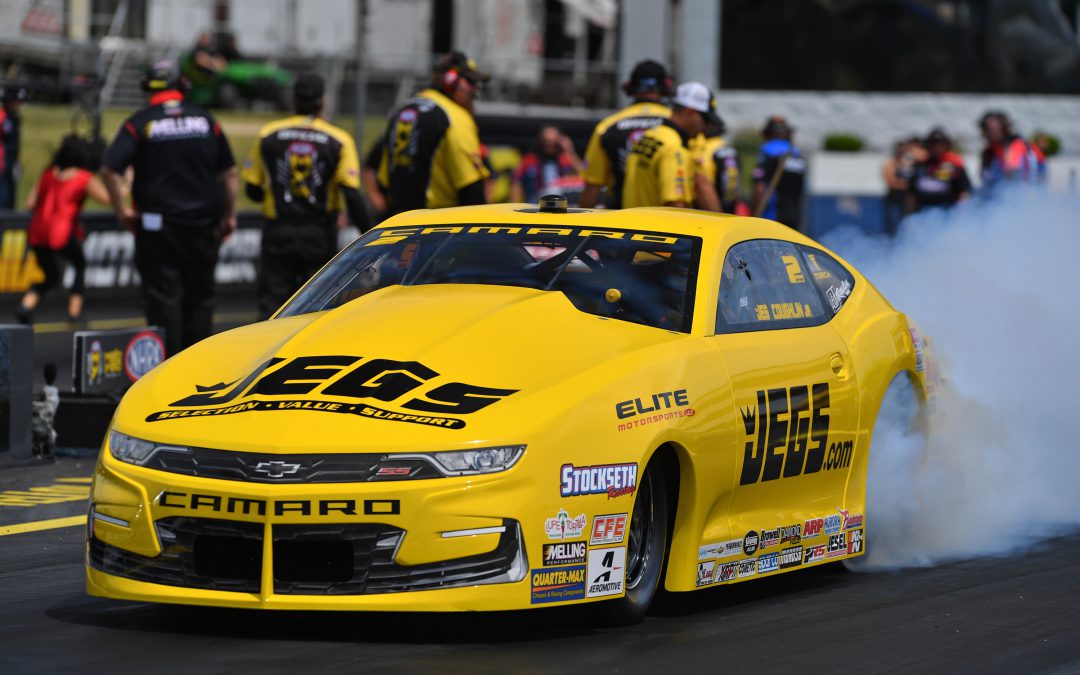 "This was my best outing of the year besides Arizona so we're really happy," said Jeg Jr., who won the Phoenix event in late February. "It was nice to see a couple of win lights come on in our lane and to renew that feeling of going rounds, especially after having six weeks off between races."

Beginning this year, the NHRA reduced the schedule of events for the Pro Stock class to 18 races, with the last one coming a month and a half ago in Las Vegas. The time off certainly didn't seem to matter to Jeg Jr. and his Elite Motorsports team, who looked sharp across the board.

"It really seemed as though we picked up right where we left off in Vegas," Jeg Jr. said. "The JEGS.com Chevrolet Camaro was good through qualifying and performed really well in the first two rounds of eliminations."

"We had Bo in the semifinals and just got beat, really," Jeg Jr. said. "He just outran us and then went on to win the race altogether so it was his day. We're still pleased with the results and I'm already looking forward to Chicago."

Samantha was with her husband in Virginia but exited the Super Comp eliminations much sooner than she had hoped, losing a close first-round race against Christina DiBartolomeo.

In the Coughlin family's native Ohio, Paige had one of her best days as a driver, zooming through three successful elimination rounds of competition before dropping a tight contest in the fourth round. Her stellar day of driving outshined the work turned in by her decorated sibling Troy Jr., who was tripped up in Round 2 in Super Comp and the opening session in Super Gas.