Jeg Coughlin Jr.’s U.S. Nationals ends in the first round 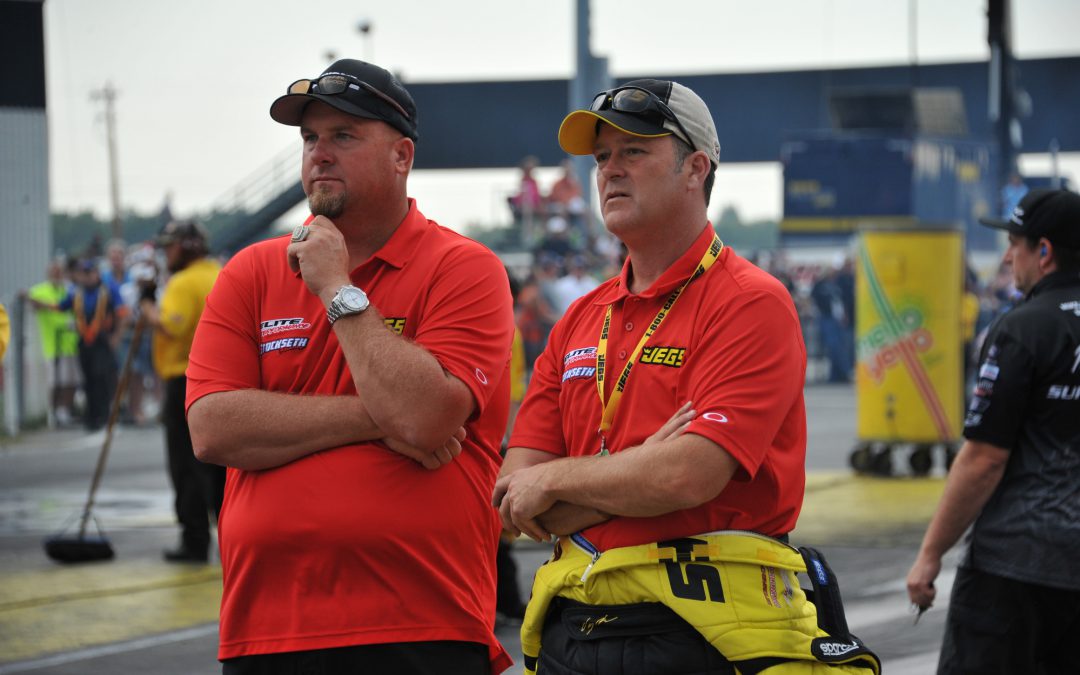 Coughlin, the five-time Pro Stock champion, made the quicker pass in a first-round match with Bo Butner at the Chevrolet Performance U.S. Nationals on Monday at Lucas Oil Raceway.

But because Butner had the better reaction time, Coughlin’s three-race season came to an end.

“We kinda mentally write our scripts as we’re progressing through the weekend,” Coughlin said. “I felt great all weekend, and we made four good runs behind the wheel, as far as driving goes.

“I let the clutch out, and I was like, ‘Oh, no.’ I said, ‘Man, I hope he’s late or shaking.’ About the time I stuffed it into fifth gear, I could see him out there marching. I was like, ‘Obviously, this party’s not looking too good.’”

“Just didn’t get it done today, plain and simple,” Coughlin said. “I’ve had three great races with Elite Motorsports, and the last thing we wanted to do was go out like that. We’ve won a couple on holeshots the first couple races, and it always stings when you get nipped on the same.”

Coughlin raced to the final at Seattle and the semifinals at Sonoma in his previous races driving the Stockseth Racing/Elite Motorsports Camaro, and Indy was his final race. But he’s not done driving in 2015.

“Onward we go,” Coughlin said. “We’ve got a couple big bracket races I’m going to hit this year, and I’m looking forward to that. It’ll get me back in shape.”

Coughlin plans on racing in the Tenn-Tuck Bracket Bash on Oct. 9-11 at Beech Bend Raceway Park and in the Million Dollar Race on Oct. 22-25 at Montgomery Motorsports Park

“Definitely not done racing by any stretch,” Coughlin said. “If all goes well, I could probably get another 100 runs under my belt before the year’s out. Stay tuned.”